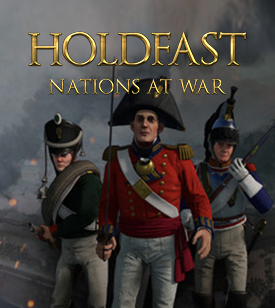 Holdfast is a classic multiplayer shooter title with a first and third person view. Situated in the historic Napoleonic Wars of the 18th century, Holdfast offers a unique scenario with huge armies on land and water. Weapons like a bayonet, sword, artillery and musket are used, which all of them are very detailed and lovingly animated. With a Holdfast server, you can experience exciting battles in a powerful scenario with up to 125 players.

Holdfast - Navy to sea or army to land

Before the impressive battles, you need to choose your role as a marine soldier in the sea or soldier of the army in water. Both types offer a lot of variety, so the fun playing the game can be ensured in the long term. The developer Anvil Games has already announced a lot of content, from the developers itself and also from the community.

Holdfast server hosting in the high-end prepaid solution from g-portal.com