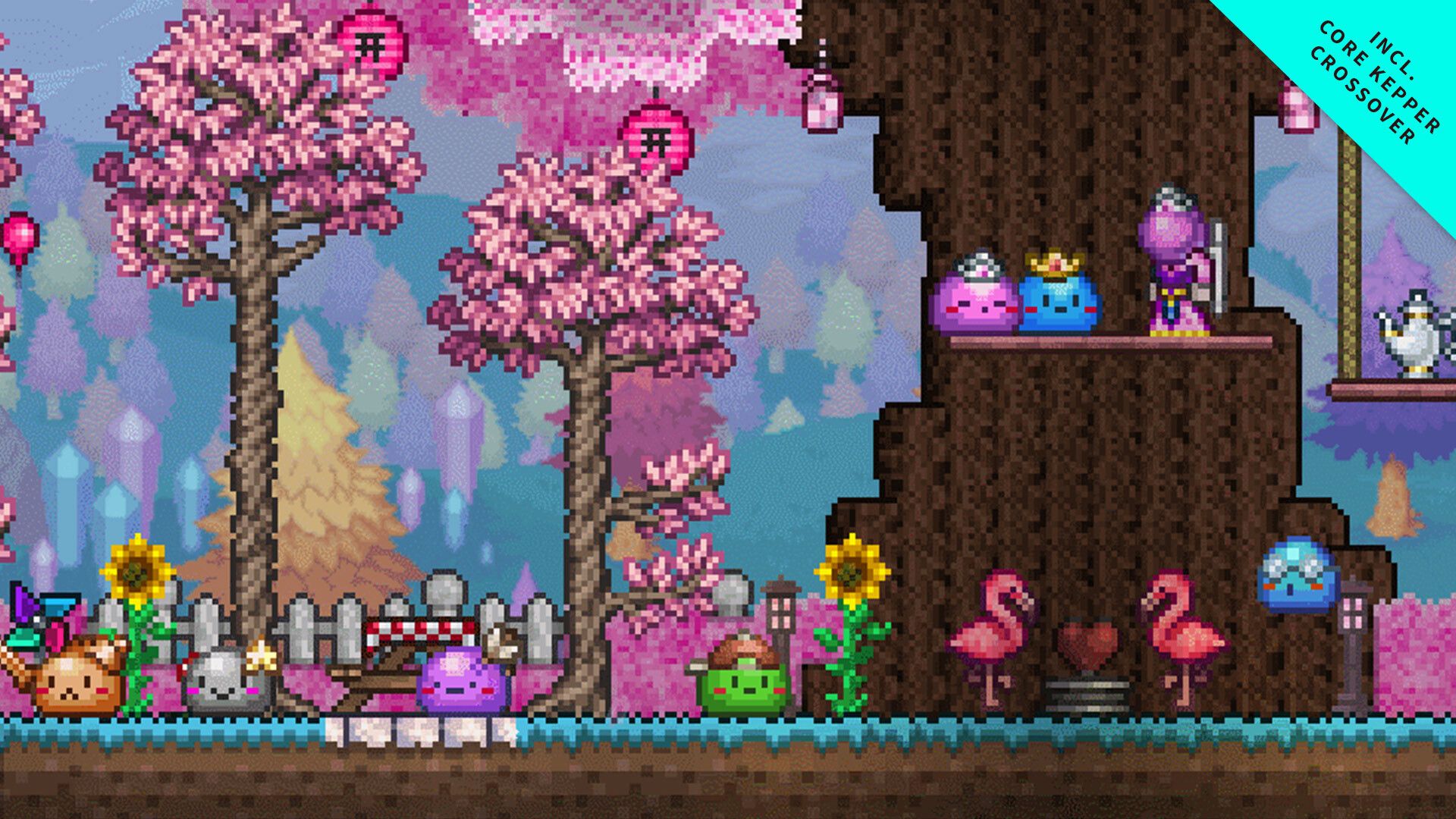 Terraria has been with us for many years and has always surprised us with cool new updates. At the end of 2021, Terraria won the "Labor of Love" award at the Steam Awards and was able to reap the fruits of its hard work. A good year later, the developers now bring an update with many changes that the community and the developers themselves have wished for.

Make a brilliant game even better

The Terraria community loves their game dearly, but there are still a few areas where improvements can be made. That's why the developers at Re-Logic are delivering a series of QoL improvements to round out the overall gameplay experience. The popular "void bag" gets new convenience features, many stackable items can now be stacked up to 9999 in general, and life bars finally show your remaining life in numerical form. And these were just a few of the new improvements.

In addition to three all-new (and crazy) Seeds, the developers also took another look at some of the old Seeds and made adjustments to them to make them feel more unique.

Among the new Seeds, you'll find one that throws all the Seed variants into one big blender and then presents you with the result, one Seed that requires you to "dig" your way up to the surface from the depths of the world, and one that you'll never have to worry about getting blown up by a nasty trap again. YAY! This news article could go on forever, because the developers really packed a lot of features into the patch. We recommend a look at the dev blog of the developers, but would like to highlight a few particularly interesting points below. Besides all these news of the patch, you should not forget that there is currently an (unlimited) crossover event running with CoreKeeper. Specifically in Terraria, you can find a Grottling companion and call them to your side. So keep your eyes peeled.

If you want to try the crossover on CoreKeeper's side, just grab a server and get started right away.

Your Terraria Server at GPORTAL

Do you already feel the love of the Terraria developers? Then grab a GPORTAL server for Terraria and discover the new seeds, go searching for the town slimes or just experiment with the many new features of the update. We wish you a lot of fun!