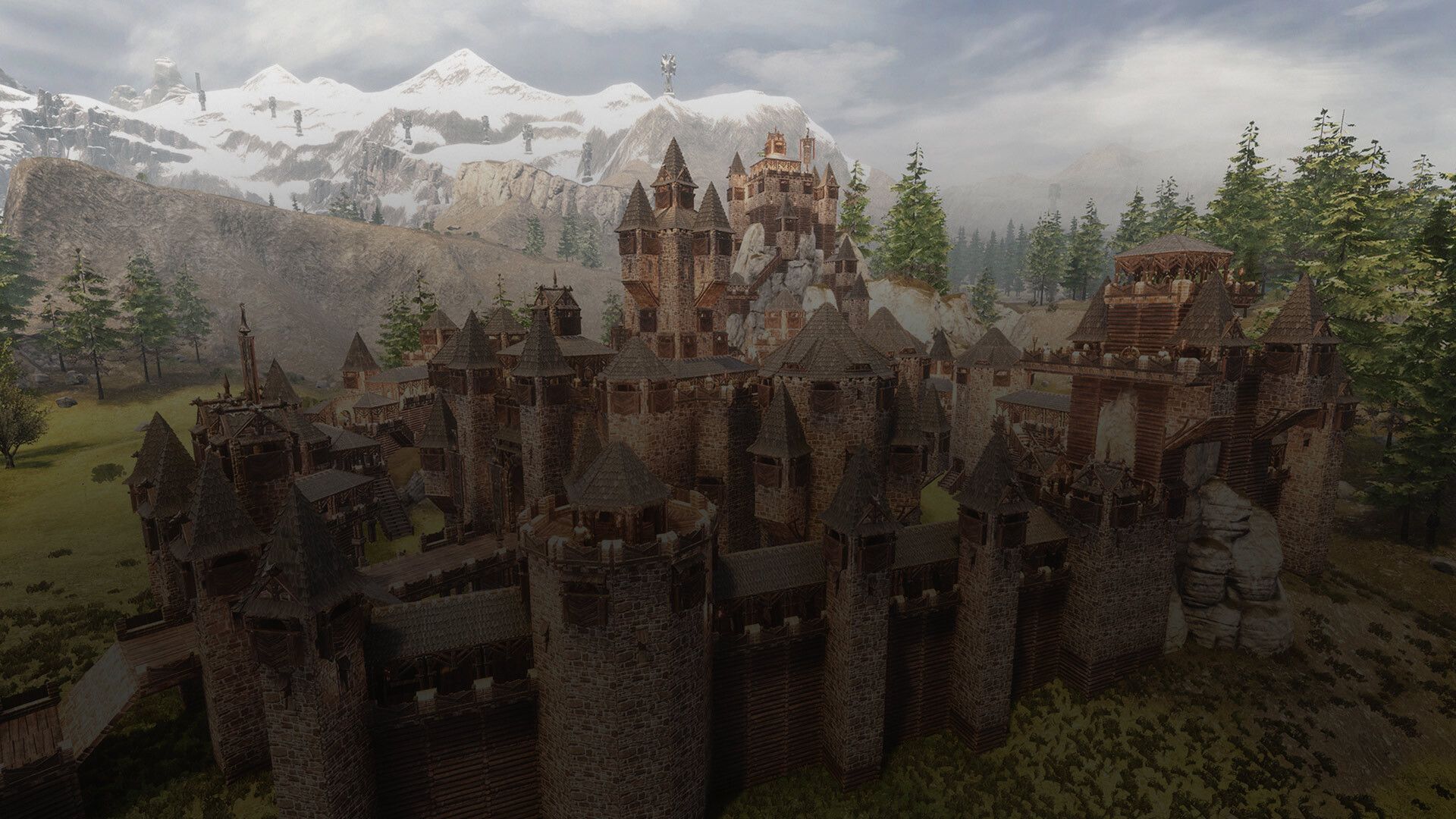 At the end of October, developer Funcom released a new DLC called "People of the Dragon" in addition to patch 2.6, providing a whole new set of options for new and old barbarians. Below we take a closer look at the new features.

The DLC “People of the Dragon” is based on the Nemedians, who should be familiar to fans of Conan lore. With the DLC, their building style now finds its way into the game world. This allows you to build castles based on Germany in the Middle Ages. Influences from the Holy Roman Empire can also be found. The developers have taken great effort to merge these two styles, along with their own ideas, into a perfect style. While wandering through the corridors of your castle, you’ll feel like a great lord of the castle.

Of course, there are not only fancy castles, but also the tools to defend or attack them. This includes several new weapons like axes, great and small swords, a katana, maces, etc. … and also one armor for each armor class. The armors stand out in their design with many leather and metal elements, which make them a real eye-catcher.

The patch 2.6 for Conan Exiles mainly brought many bug fixes and other improvements. However, there were also a few “Quality of Life” features, such as the fact that building parts can now be picked up and dropped again. Also, the pieces that you would destroy by placing another piece are now placed directly into your inventory, so you can then reposition them elsewhere.

The developers have also emphasized that patch 2.6 is rather a smaller patch and they are currently still working on one of the biggest patches ever, namely patch 3.0, which according to the developers will bring a lot of changes and reworks.

Is there anything else?

Not long anymore, then the time has come. Farming Simulator 22 will be released on November 22, 2021 and fans are eagerly awaiting the day. To mark the upcoming release, we’ve been running a retrospective since October 17 to look back at the development of the series over the years. What was new, what did some installments of the series focus on, and is there really an e-sports league for Farming Simulator? Find out this and more in the retrospective.

On top of this, starting on October 24th, we’ll be running a weekly giveaway on our Instagram. Every week there are different prizes like GameClouds or credits and even more. So be sure to check it out and with a little luck grab one of the prizes to shorten the time until the release.