Borders of the Minecraft world

The Minecraft world is considered to be infinite. However, as in mathematics, some infinities are larger than others ...

... because practically, an endless world can never be fully explored, and also theoretically, the maximum area is limited. Besides, there are differences between the different versions of Minecraft in how far the map can be explored with the game still running smoothly. In this article, you'll learn everything there is to know about the size of the Minecraft world.

Even though it practically seems like it, a Minecraft world is not really infinite. The world has a maximum size of 130 quadrillion blocks and extends up to 64,000 kilometers. Thus, the Minecraft world has about as much space as the planet Neptune, and it won't be possible for you to even come close to fully exploring it.

Should you reach a world border, it will appear as a thin, animated striped wall that you won't be able to cross permanently. Theoretically, of course, it would be possible to remove this limitation. However, due to the additional limitation imposed by the performance capacity of the hardware used, there is no reason to do so. 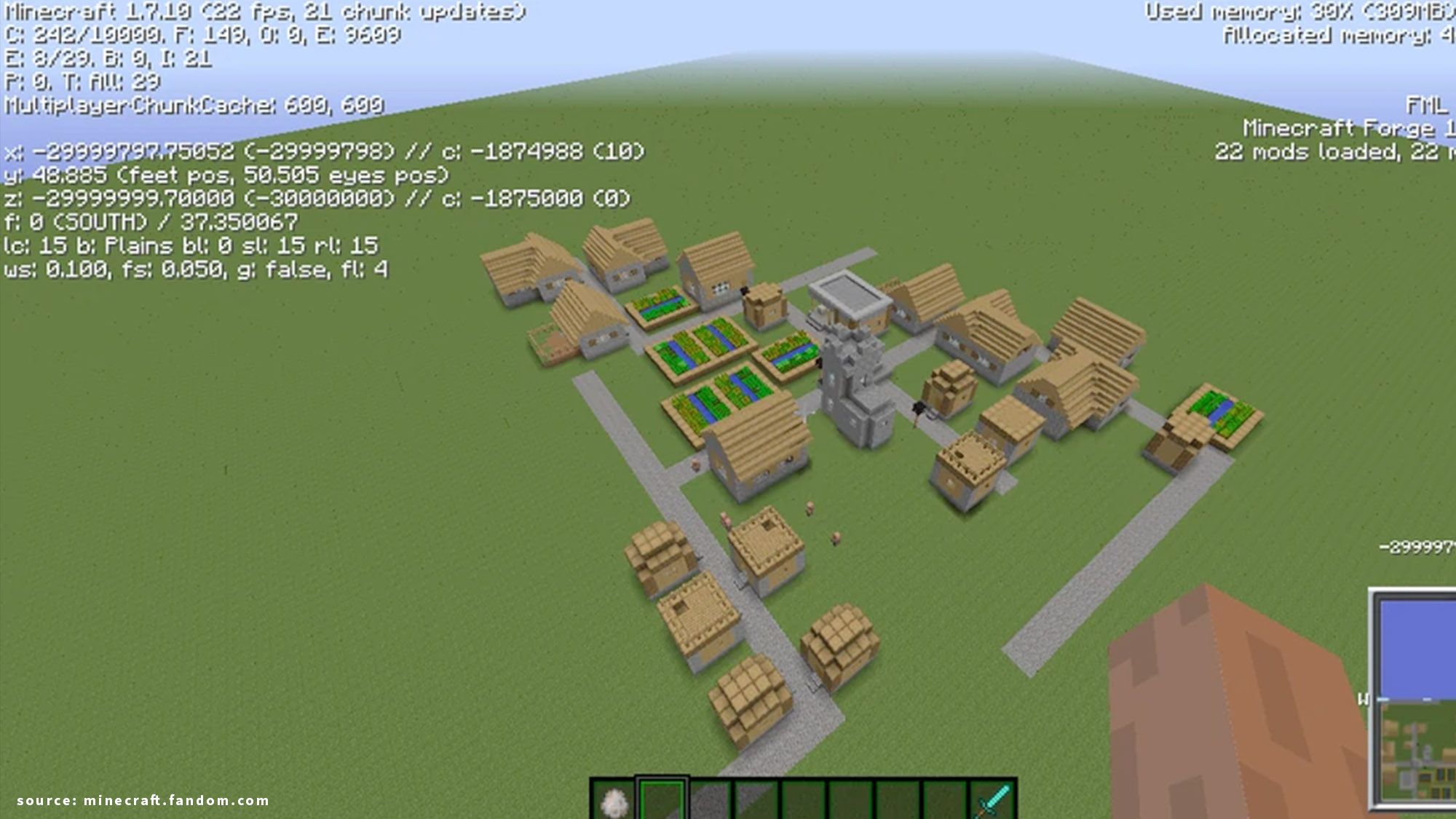 In the most common Minecraft versions "Java" and "Bedrock", the size of the world cannot be limited in advance. While this option was still available in the console versions in the past, only the Nintendo 3DS version now offers the option to set a fixed Minecraft world size. There you have the choice between small, medium and large worlds, which can range in size from 50,176 to 451,584 blocks.

As mentioned earlier, Minecraft Java Edition and Minecraft Bedrock Edition handle their large worlds differently well. The Java Edition seems to be significantly more powerful, and the explored area with which the game runs smoothly is largely dependent on the hardware you use. However, the world size in the Bedrock Edition is much more limited. From a distance of 16,384 blocks from the center, the game gets a bit jerky, from 131,072 blocks it is possible to fall through the world, and from a distance of 4,194,304 blocks you can't move any further without flying. Finally, if you are 12,500,821 blocks away from the center, no terrain is generated at all.

The sheer size of the Minecraft world can become problematic in some circumstances, especially in multiplayer mode. If too many players explore the world in multiple directions, performance may suffer. Also, the buildings may be spread out over such a large space that you won't even see those of your teammates. To prevent this, you can set a world border in the Java Edition. This works with the command "worldborder set" followed by the number of blocks the explorable area should be wide. So, for a world with a width of 2,048 blocks you would have to enter the following command: