Even though Minecraft bees aren't quite as crucial to our ecosystems as real-life specimens, they can be exceedingly useful.

The Minecraft bee is an exceedingly interactive floral friend that allows you to build a hive and harvest honey and honeycomb blocks, among other things. Here you'll learn everything there is to know about bees in Minecraft.

Minecraft bees are about 2/3 the size of an ordinary block and mostly float around in the air. With their yellow-brown striped texture, antennae, wings and six little legs, they are easy to spot.
Bees in Minecraft are found in the biomes of plains, forest and especially flower forest. They seek out flowers, collect their pollen (which can also be found as white dots on their rumps), pollinate the environment (acting like bone meal on plants) and produce honey in their nest.

Bees in Minecraft are neutral unless:

If the bees attack, they sting the player with a backward roll. The bee attack also activates other bees within a twenty-block radius, and you'll be surrounded and attacked by a swarm of bees with red eyes in no time.
A single bee sting causes only minor damage and mild poisoning (about 3.5 hearts). With the attack, the Minecraft bee loses its stinger, can no longer become aggressive, and dies after about 35 seconds. 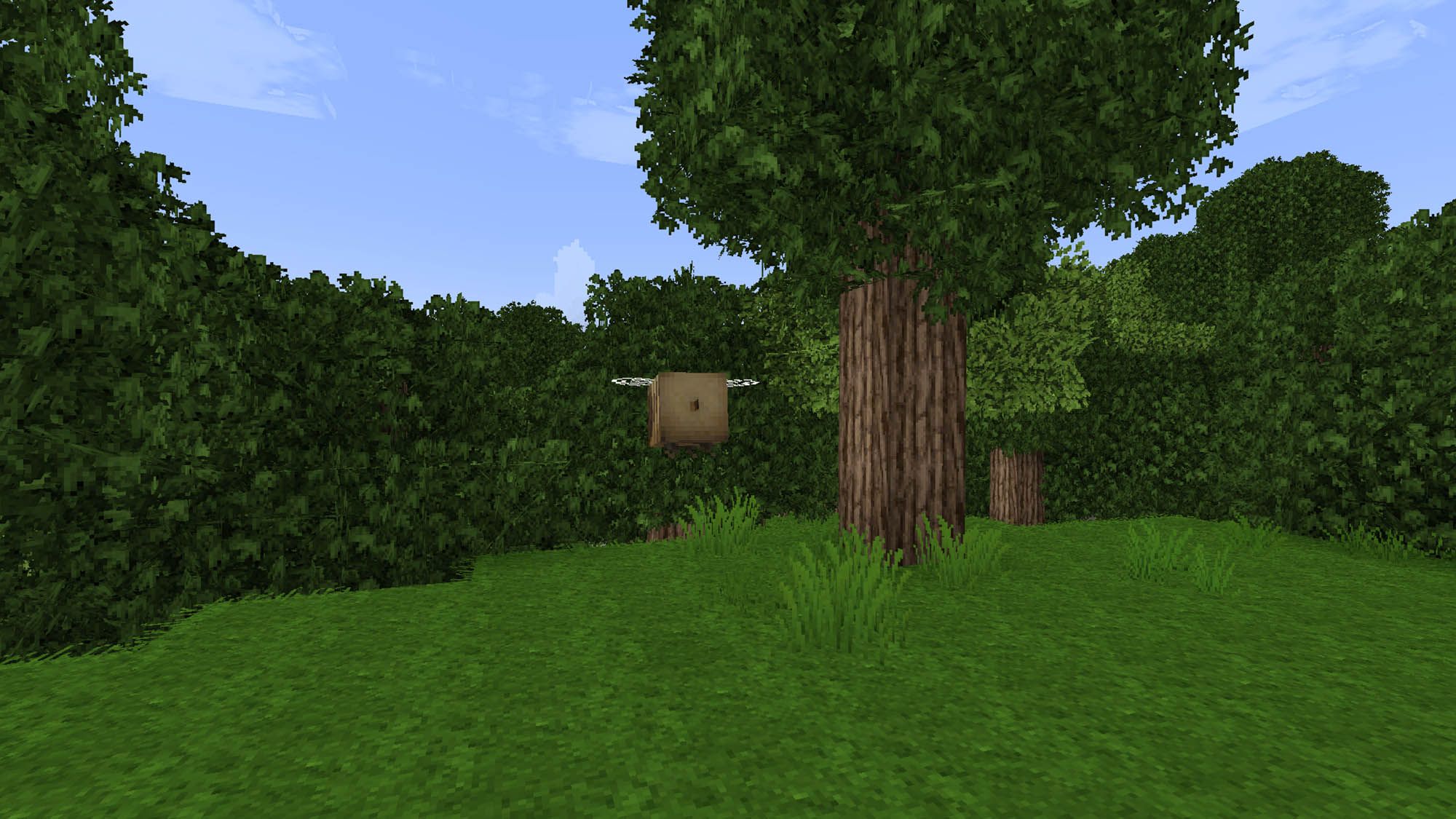 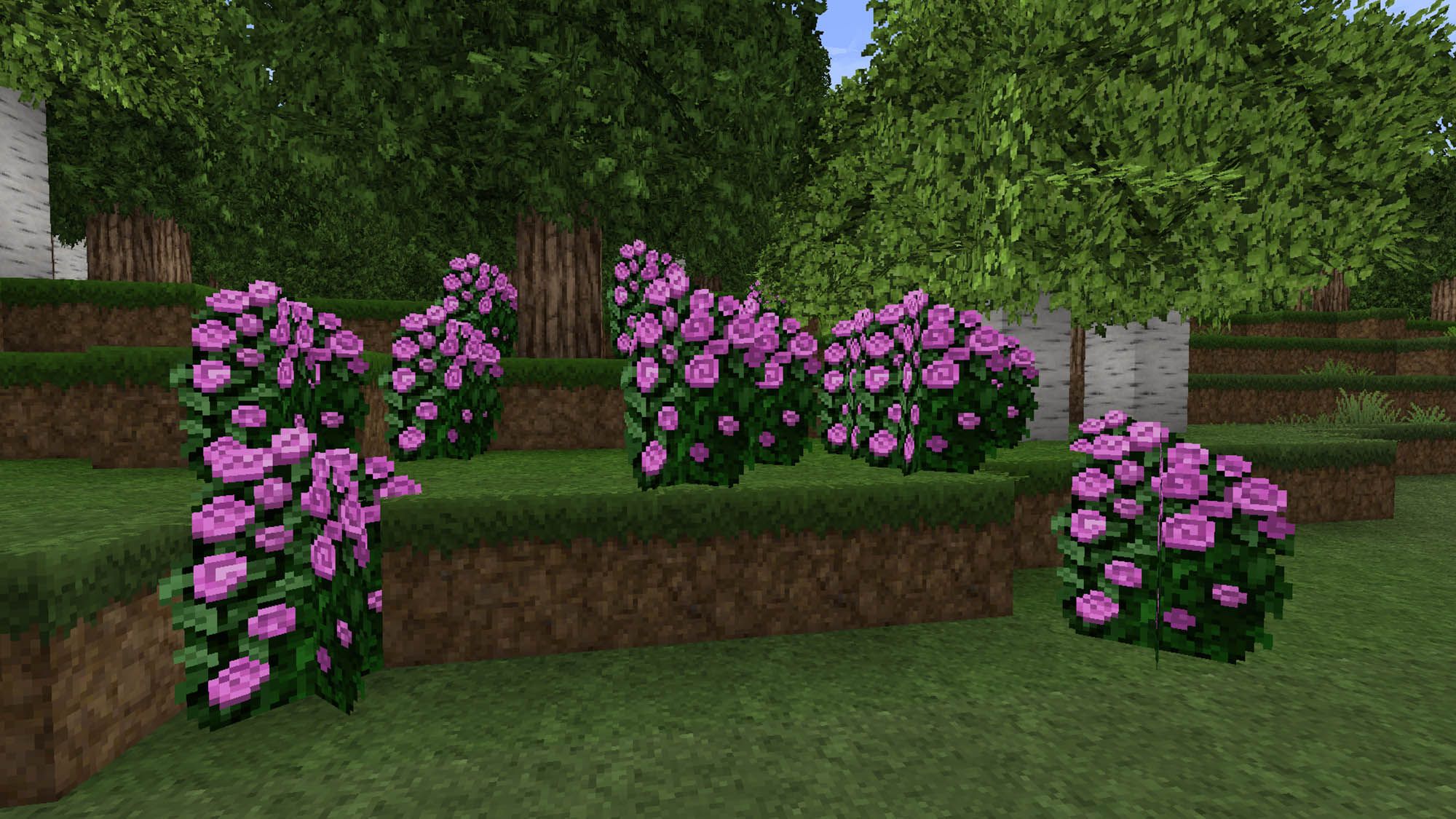 Three bees usually stay in an area of about eight blocks around their bee nest, which is mostly hanging on a tree. Pollen is collected in the bees' nest and over time is processed into honey and honeycombs.
You can use scissors to cut out the Minecraft honeycombs. To harvest the sweet Minecraft honey, you need a glass bottle.

The honeycombs can be used to create either a beehive or a honeycomb block as decoration:
Minecraft Beehive Recipe
3x honeycombs (center) + 6x wooden boards (top and bottom) = 1x beehive
A honey bottle fills up 6 hunger points and 9.6 hunger points. Four honey can also be used to make a sticky honey block that dampens fall damage.

So, after you build your own Minecraft bee hive, you can bring in the bees. You can either lure them in with a flower in your hand or just drag them directly to the hive with a lead. Bees will recognize the new hive within a five-block radius and will assign themselves to it. Each Minecraft bee hive has room for three bees.
To avoid being attacked while harvesting honey or honeycomb, you should place a campfire under the hive with one block of space. The Minecraft Bees will then become neutral and let you mine.
To mate bees, you need two bees and flowers. If you give both bees a flower the mating season begins and a baby bee appears shortly after.

More tips about bees in Minecraft