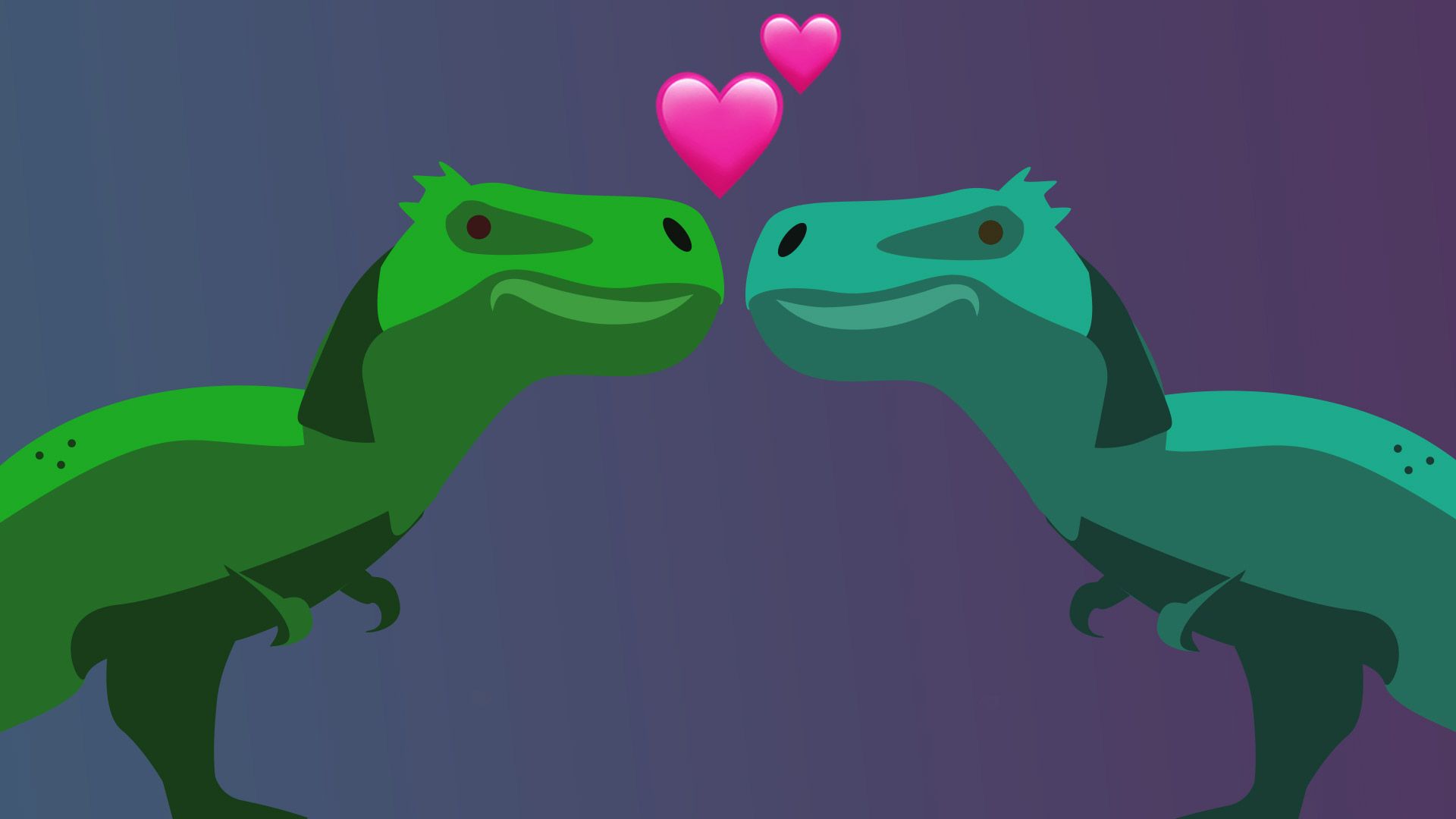 ARK: Survival Evolved offers you some dinosaurs and creatures that bring practical and helpful benefits. With the breeding function you can also breed your own dinos and creatures. Get tips on breeding here in the blog article.

Time for two - the mating

Next, you need to lure both of them into a suitable pen at best and set them to "wander". The pen will ensure that the two dinos stay within mating range and do not gain too much distance. Make sure that the following is disabled on both dinosaurs.

You can tell if the mating is successful by the pulsating red hearts above the heads of both dinos and the mating bar in the female's HUD. If the bar is full, the female is either laying the egg or is pregnant and gaining volume over time.

When the female is pregnant, she can eat twice as much food as normal. Accordingly, you should have made enough food and make sure there is enough supply, otherwise the baby can die very quickly in the womb. 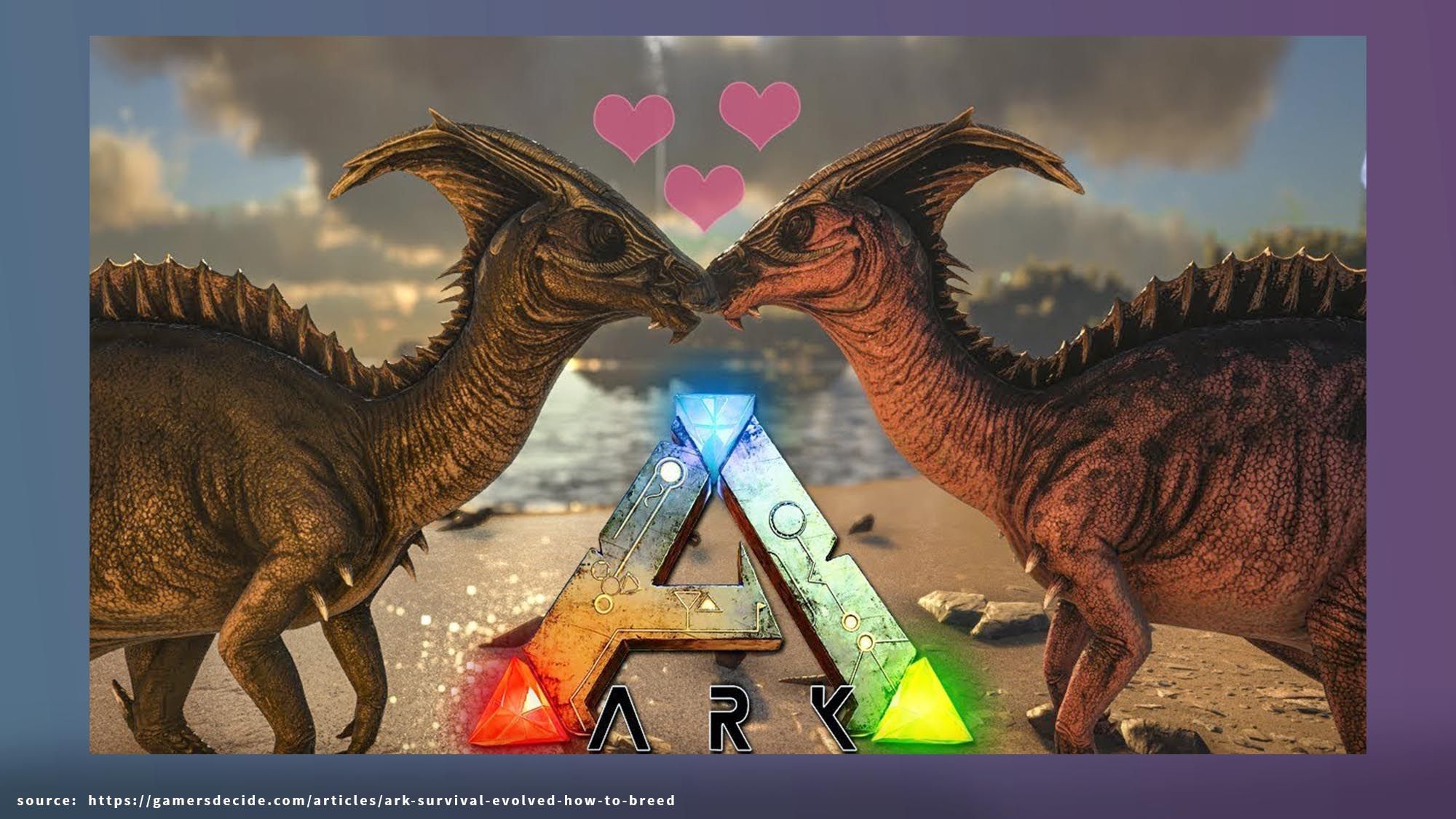 The egg - hatching and care

As soon as the egg is laid, it will immediately start to hatch. So make sure that it is at the perfect temperature as soon as possible. The egg will show you two bars when you look at it: one is "Egg Incubation" and the other is "Egg Health".

The "Egg Incubation" bar shows how far the incubation has progressed. If the bar is empty, the baby is hatching.

"Egg Health" indicates the health status of the egg. If the bar runs empty, the baby in the egg will die.

To prevent the health of the egg from dropping and the baby inside from dying, you need an ideal ambient temperature. Outside of this temperature, there is no progress in incubation.

To achieve the right temperature for the egg, the most effective, though resource-consuming, way is to make eight air conditioners and place them in a U-shape. In the middle you place the egg and it incubates happily without temperature fluctuations.

Exceptions are larger eggs like the Giganotosaurus and Wyvern, which need up to 14 air conditioners. The Rock Drake egg requires at least 15 air conditioners due to its very cold temperature requirements.

The so-called "Egg Incubator" can hold up to ten eggs and incubate them simultaneously at the perfect temperature. However, it is important that the eggs require a similar ambient temperature, otherwise you will have to manually adjust the temperature of each egg in the Egg Incubator.

A good alternative that requires much fewer resources is to bring an egg to the appropriate temperature using a variety of heat sources. Torches, campfires, or stoves provide heat, but also add heat, which can cause it to get too warm. If this happens, you have to correct the temperature manually. 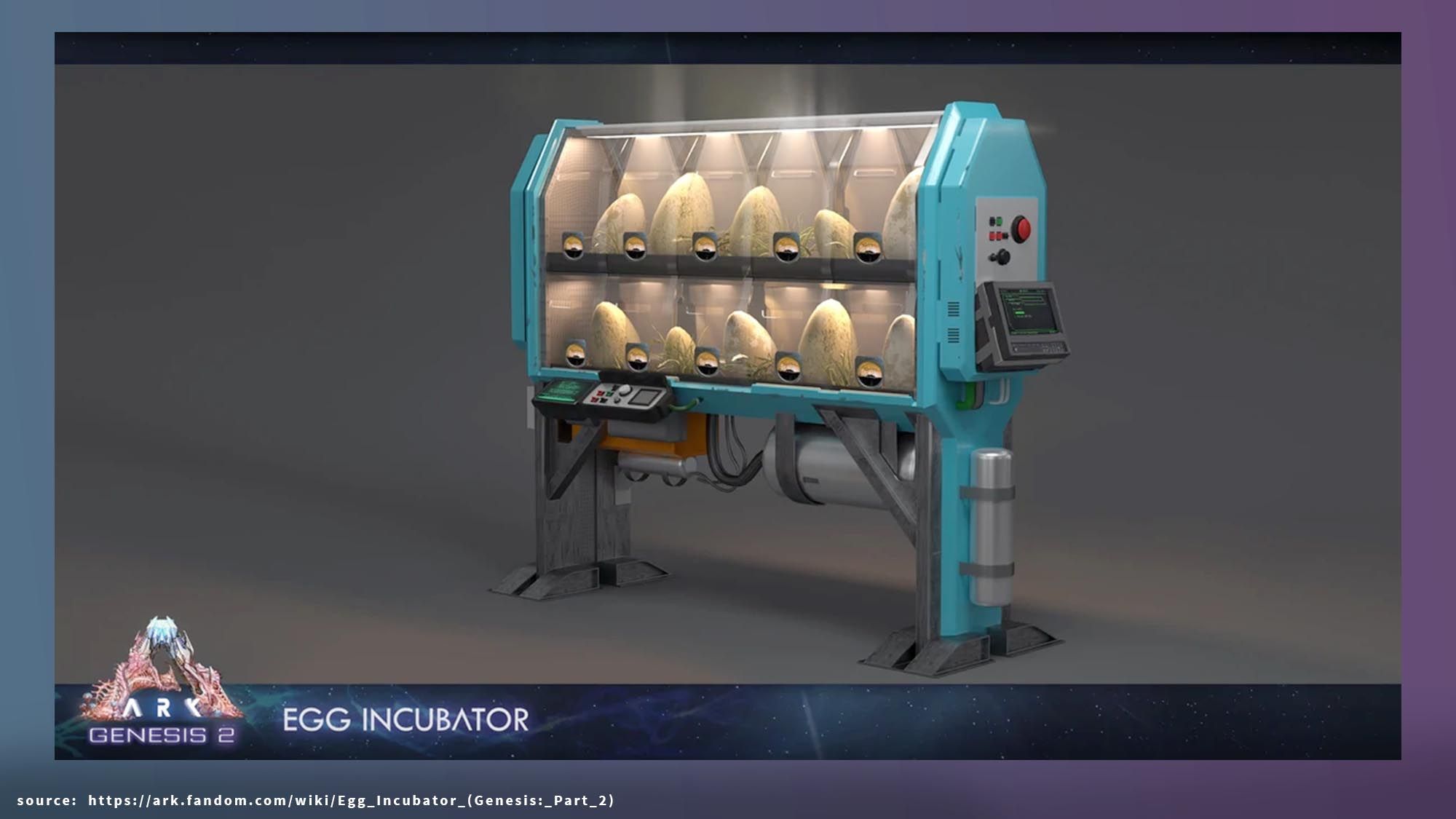 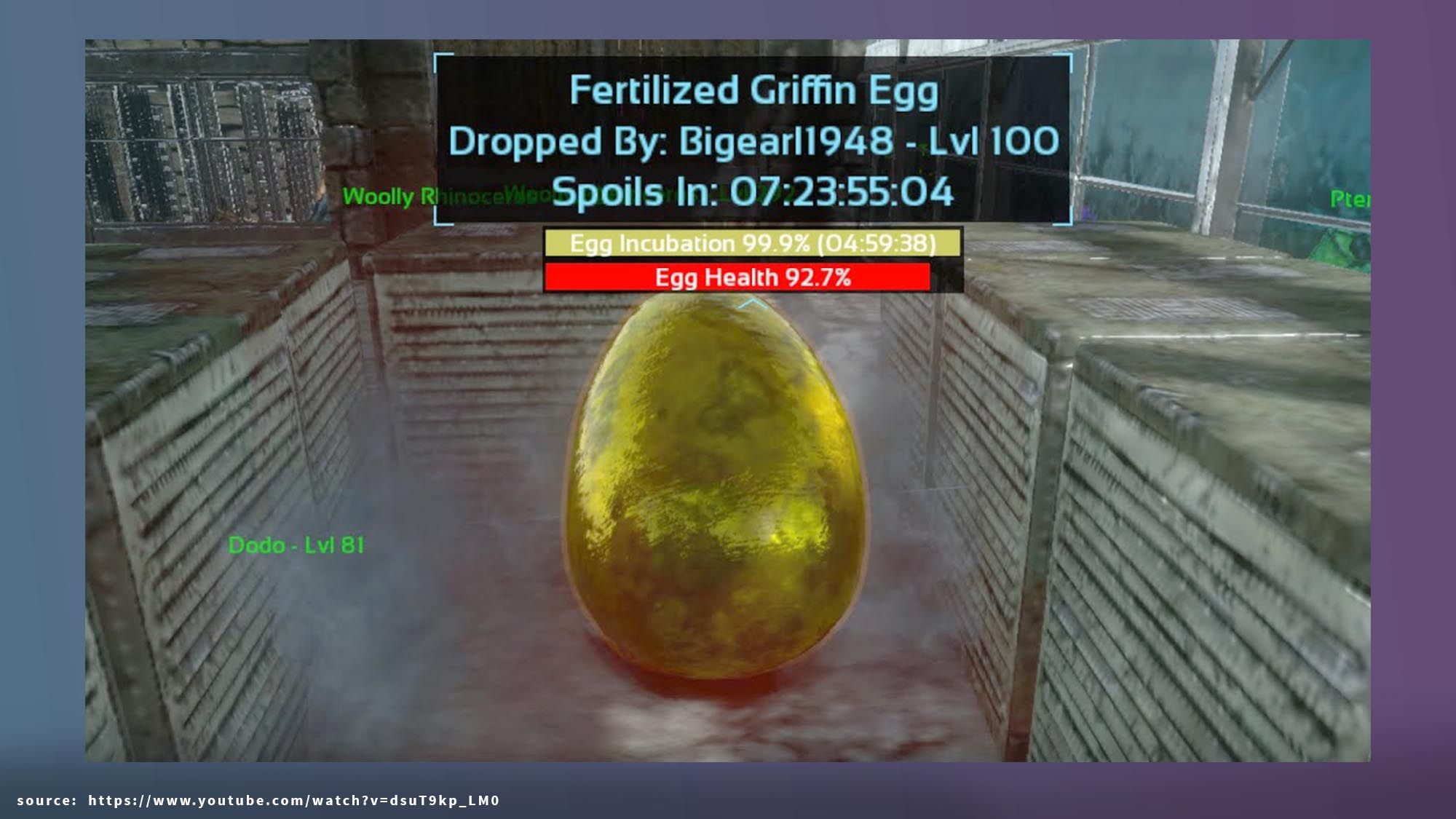 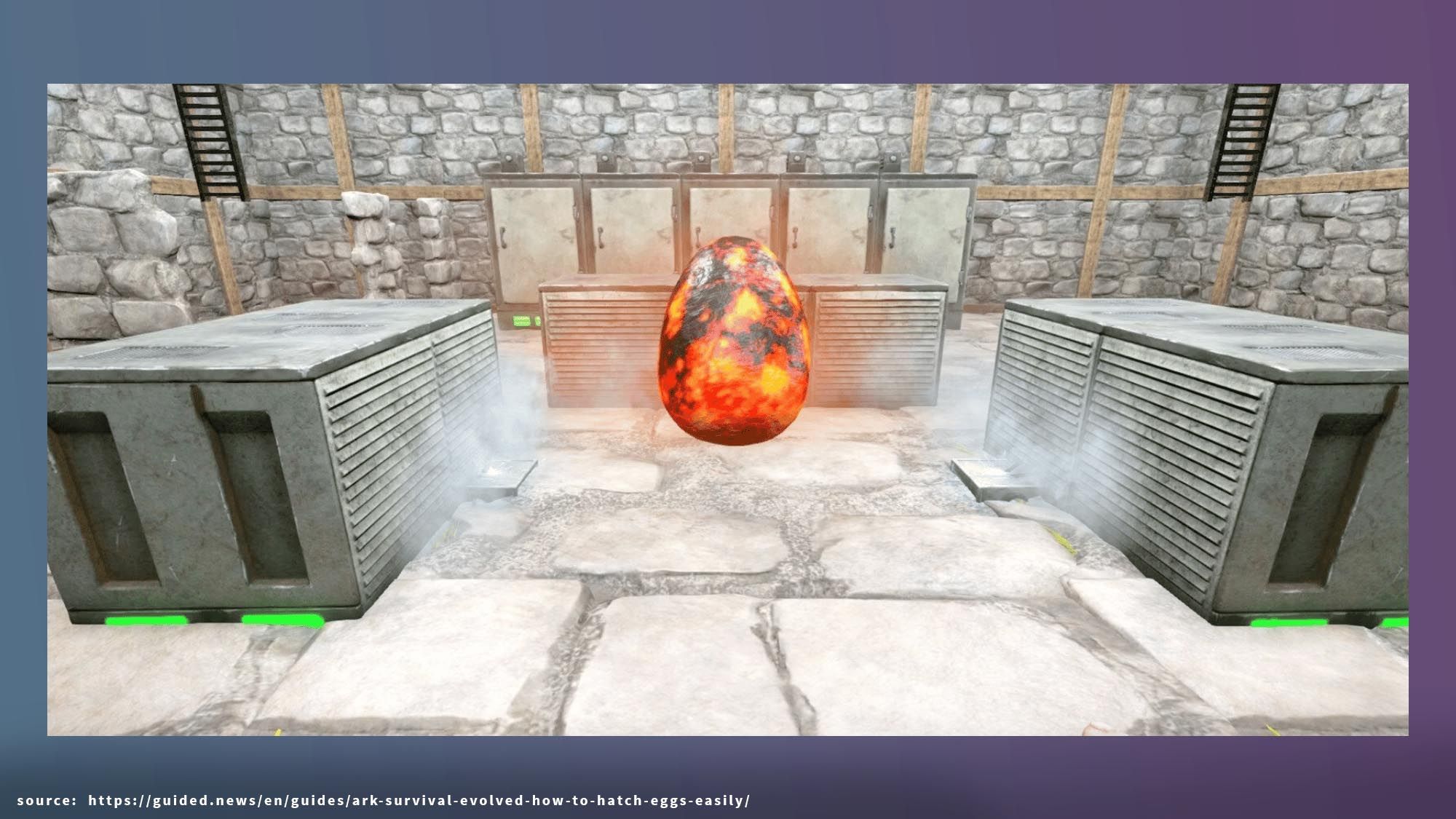 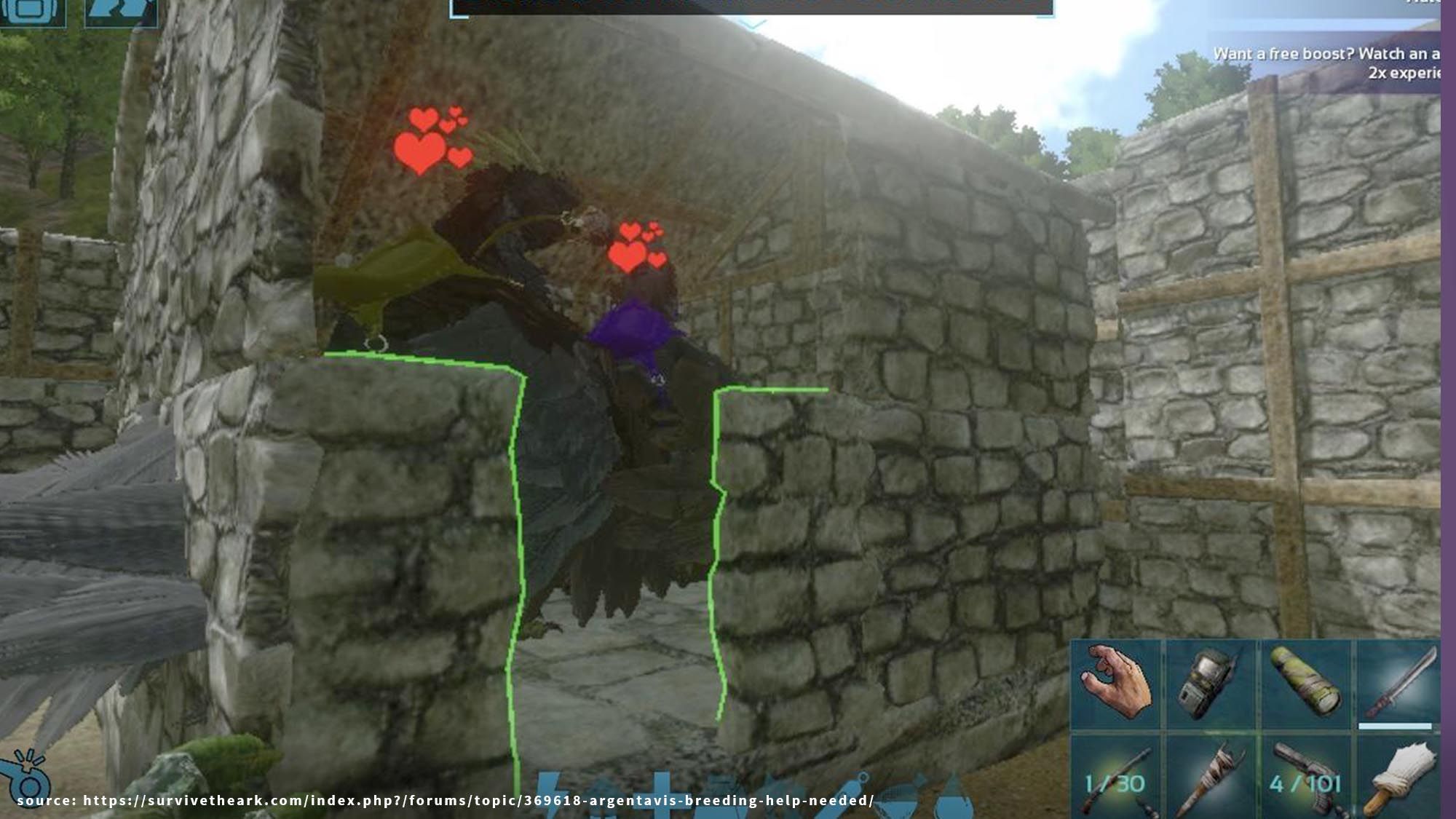 Claim baby and take care of it

While the female is hatching or pregnant, it is a good idea to prepare plenty of food for the baby. As soon as the baby hatches or is born, you need to claim it immediately. The baby will start out with very low health, carrying capacity, and food level.

Once you have claimed the baby, you may need to feed it, along with your Tribe, throughout the entire baby stage. So only breed if you have enough time to take care of a baby or have access to a Cryopod or a Cryofridge.

Once the baby has reached the teen stage, it can eat from a feeding trough and be left alone for increasingly longer periods of time. You can check the growth via the progress bar in the info window. The three levels of growth are divided as follows:

You are now familiar with the key points of successful breeding and you know what you have to pay attention to. However, there are other equally important tips and tricks that will help you with your breeding: 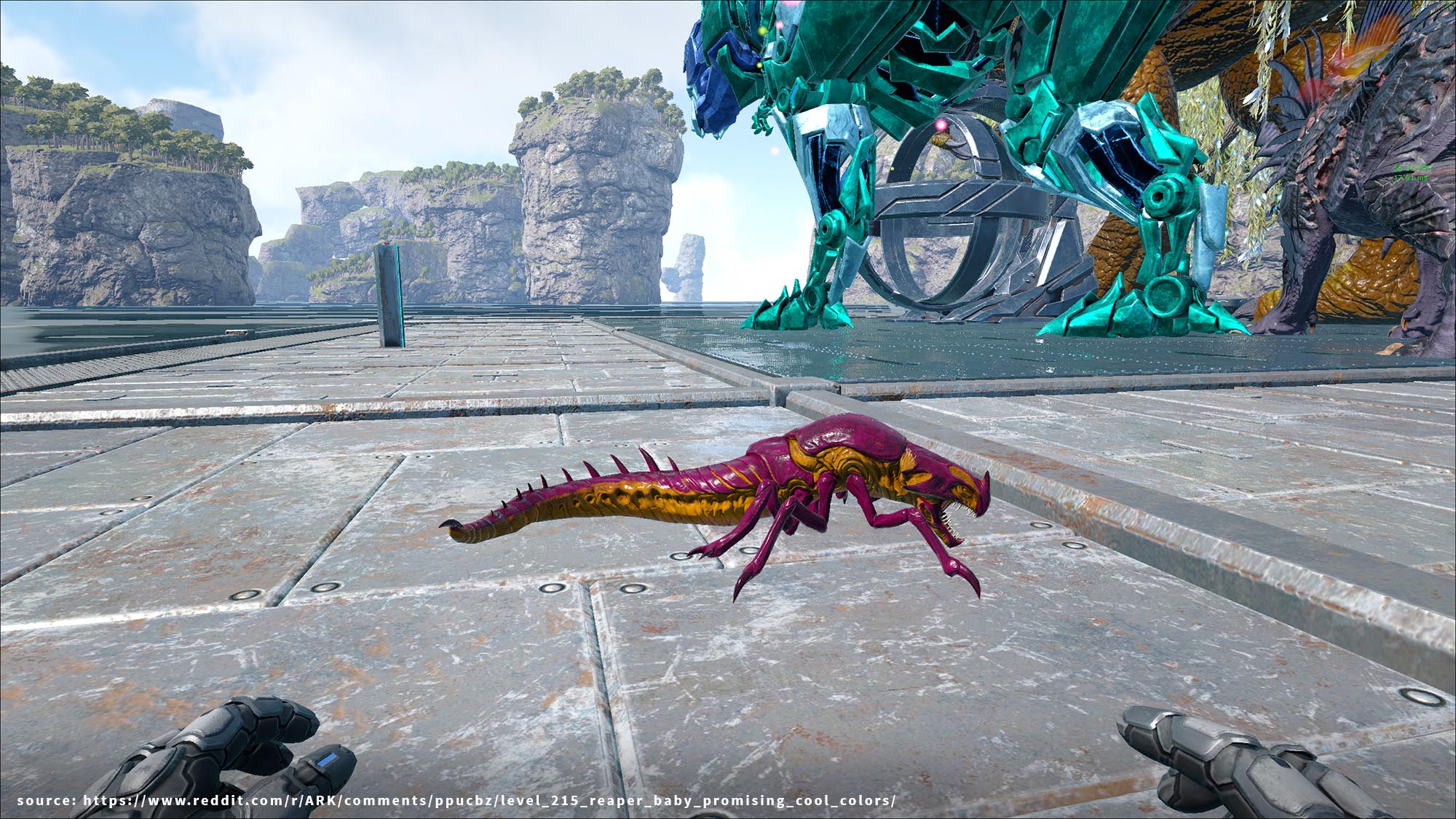 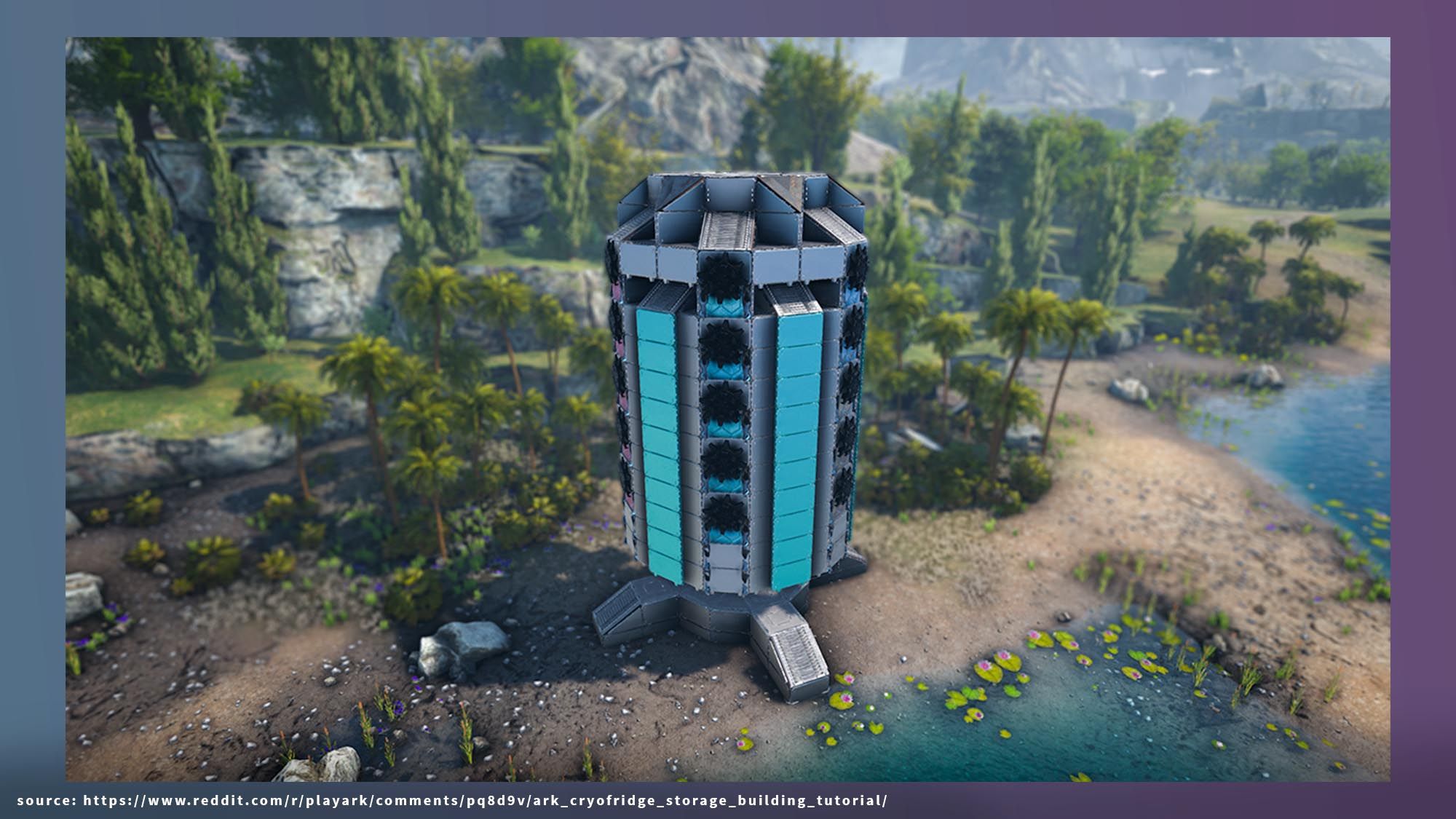 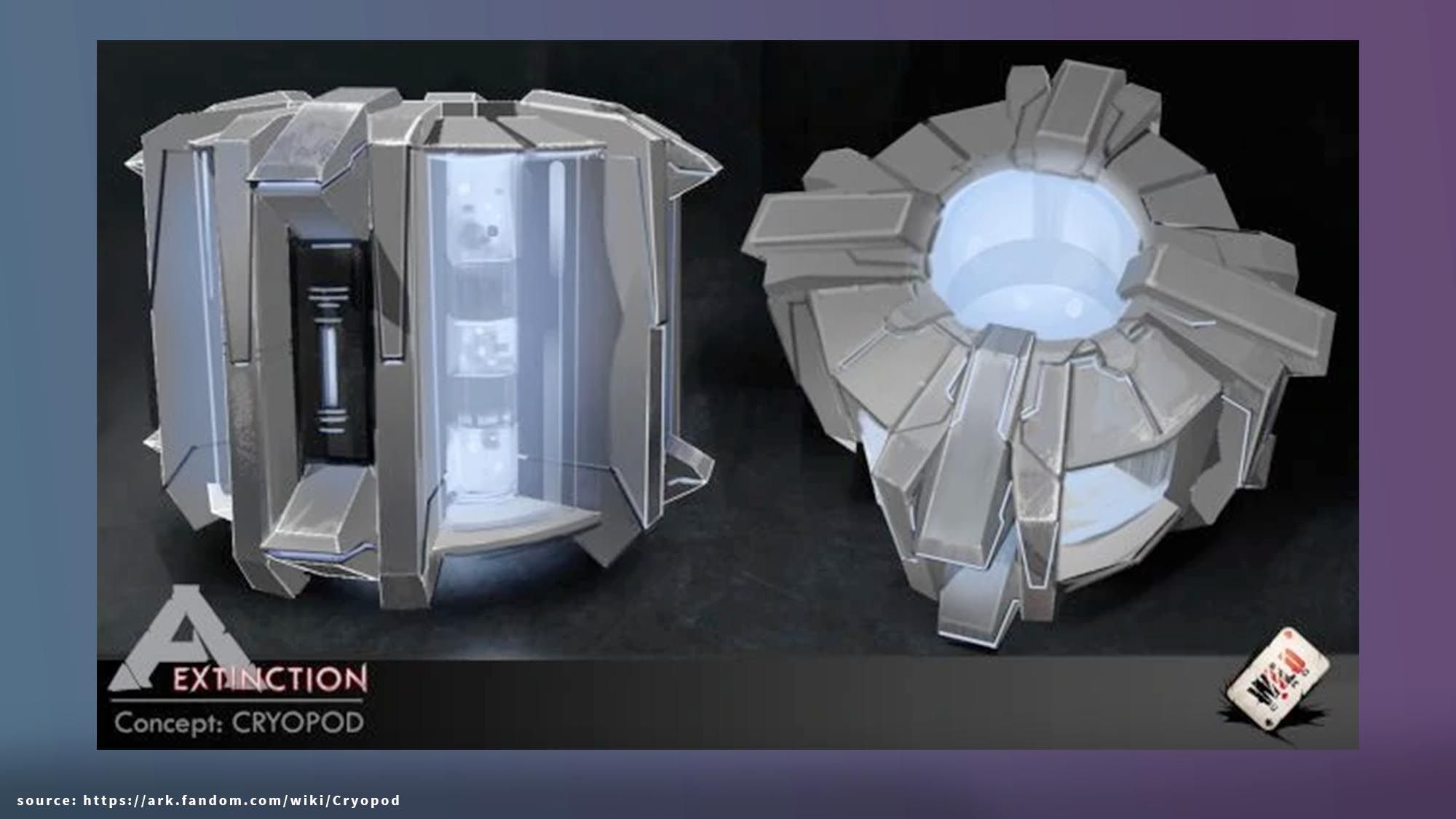 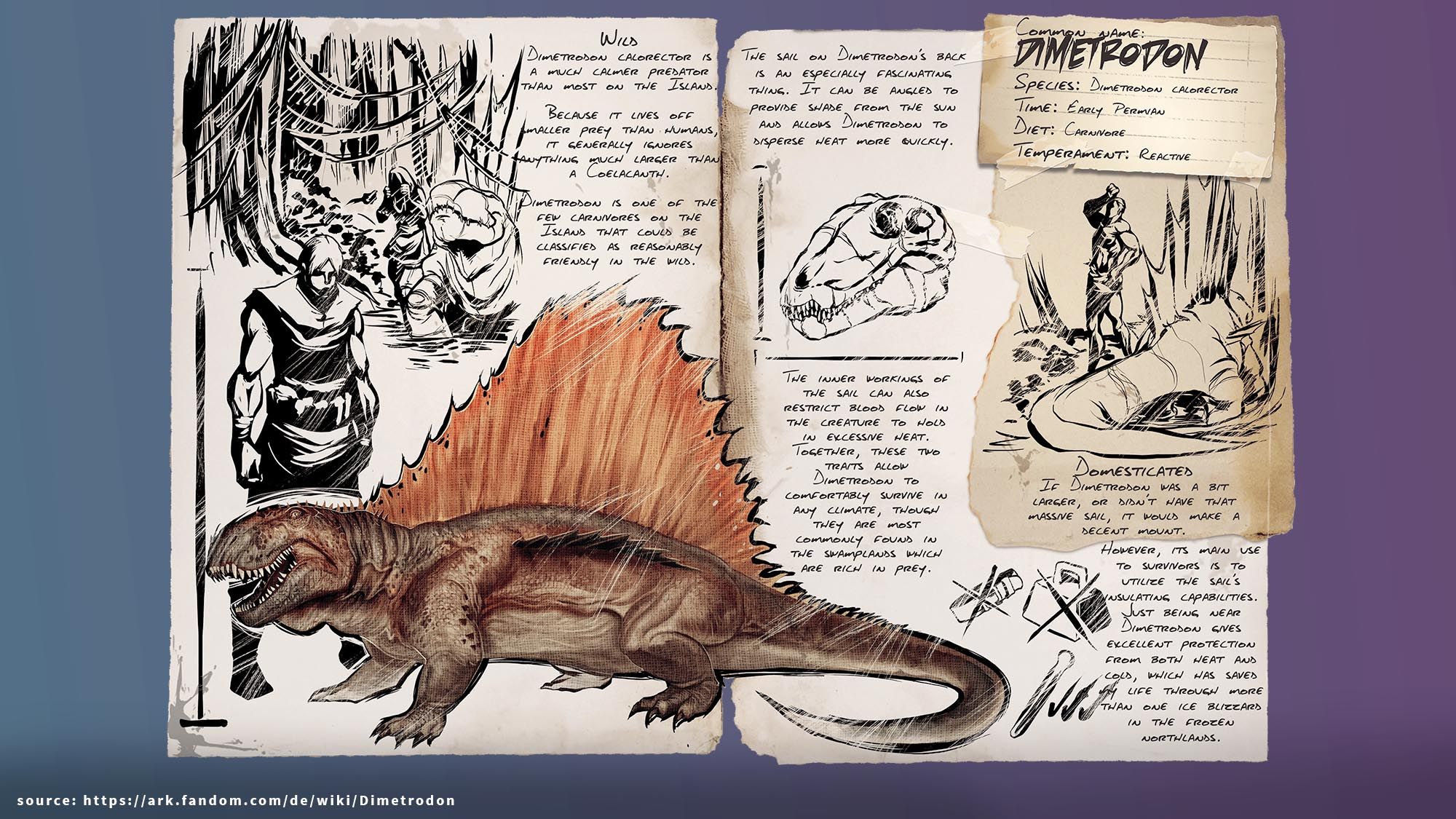 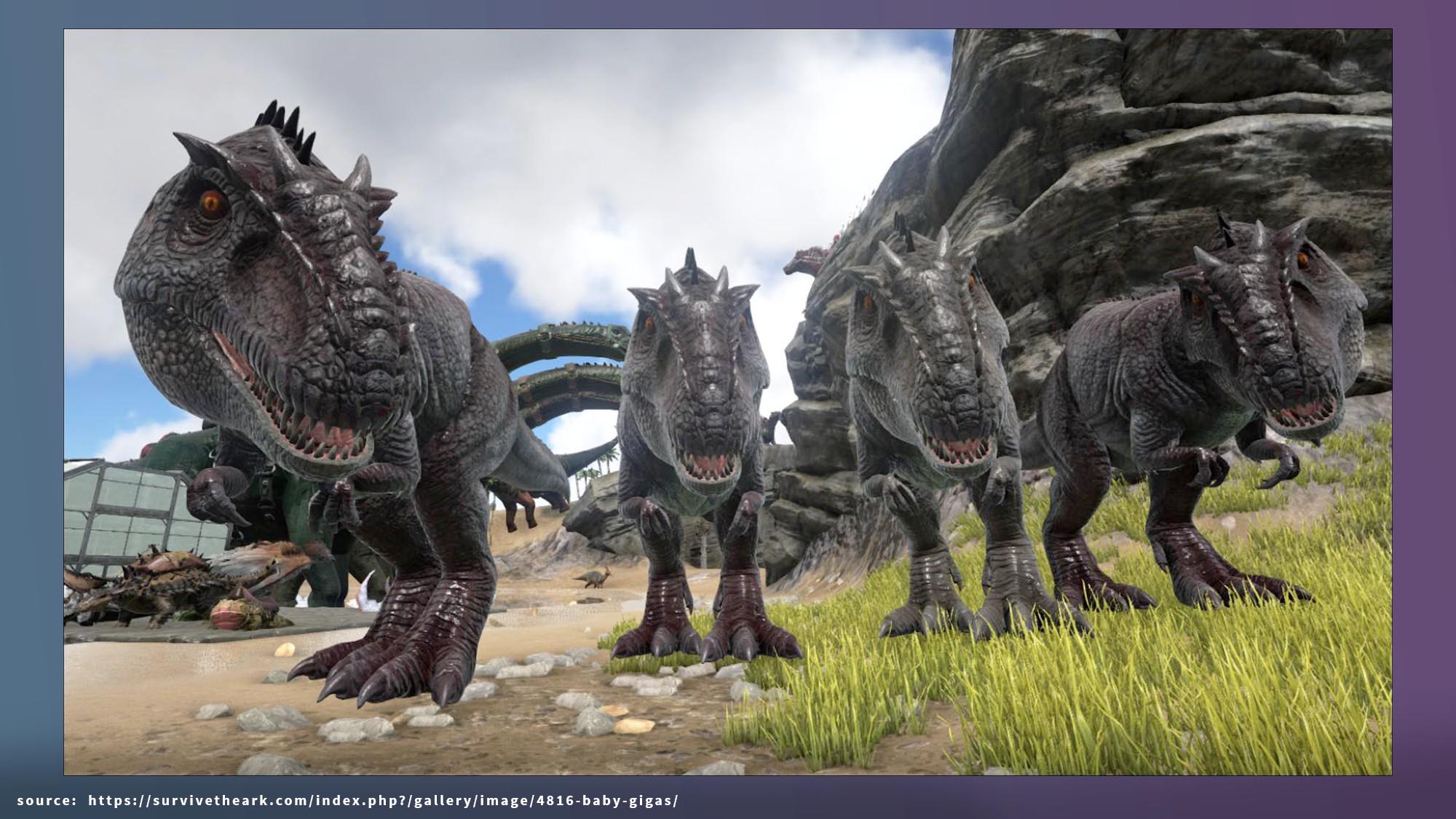 Now that we could hopefully give you all useful and important information about breeding your own babies in ARK, you can of course start right away and use your knowledge. Do you still need a game server for you and maybe your friends? Then rent your GPORTAL ARK: Survival Evolved server now and start playing in just a few minutes.