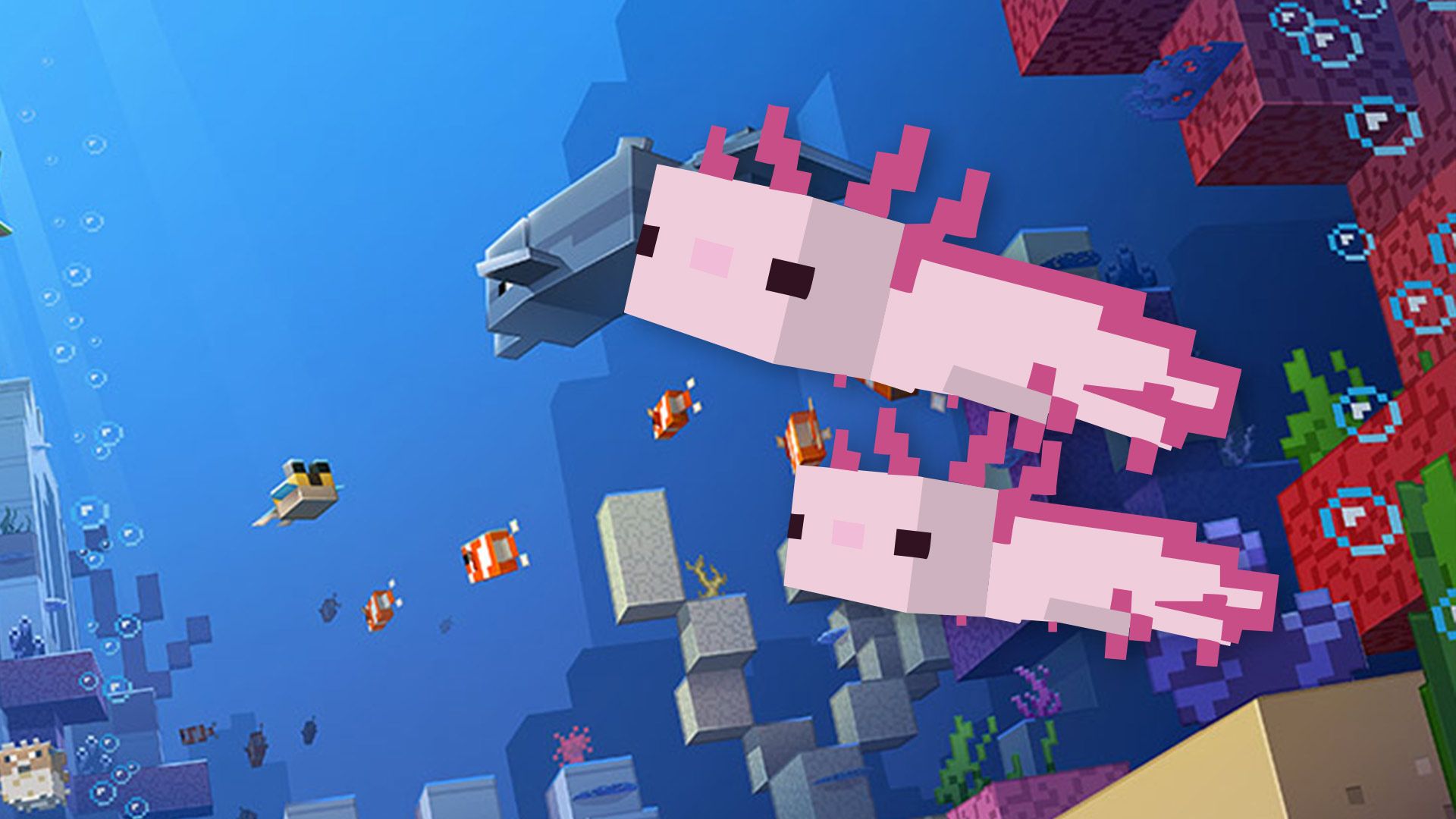 With the 1.17 Minecraft update, the cute little amphibians found their way into the block world and players got excited since day one.

Why Is the Minecraft Axolotl the Coolest Mob?

In the media, players wrote about their first encounters with the Minecraft mobs, posted pictures of the colorful creatures in the Lush Caves or directly tried to theorize whether they could be tamed. Two updates later, you can still find pictures of Minecraft axolotls following players around, making the world more colorful or swimming happily through the water. But what exactly is it that makes these little creatures such a fan favorite? 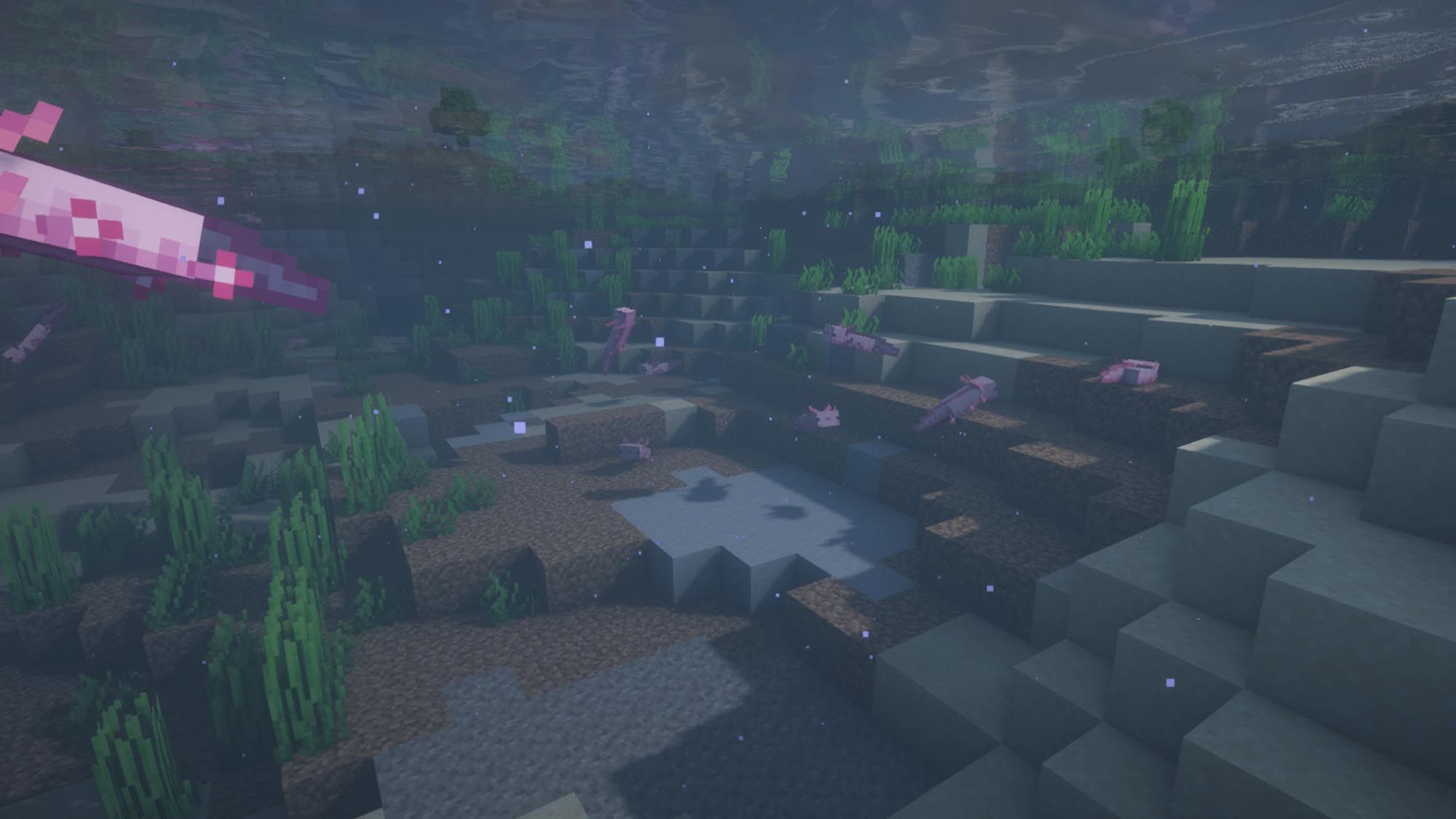 The Top 3 - Why the Axolotl In Minecraft Is So Popular

The list of reasons could be long. The mobs probably inspire by their appearance alone, they are cute to look at and bring color to the world. At the same time, they bring real animals into the in-game experience, which are actually gaining more and more attention. Even the word axolotl makes players look up and take notice, although it was probably almost a foreign word to many people until a few years ago. In order to not fall into an endless hymn of praise for the little Minecraft mobs, we will therefore present you with the three most important reasons why axolotls are so popular in Minecraft.

For a true gamer, there always has to be a new challenge, of course! Since Minecraft axolotls may not look like an invincible opponent at first glance, but they too can be a tough nut to crack. No, they are not opponents, they are peaceful-minded towards the players. It is a real challenge to breed them. Especially the blue axolotl is not easy to breed. Without some luck, you're probably screwed in this task. At the same time, the little animals are a bit more needy than cows or chickens: they can live on land, but without water they die after five minutes! So you’ll definitely need some skill when you devote yourself to breeding Minecraft axolotls.

Those who have already gone on a diving trip know one thing for sure: Minecraft axolotls appear in five different colors! The blue one is the rarest. Minecraft axolotl in the wild are therefore mostly brown, pink, yellow or cyan. Even these combinations provide a variety of colors, which only supports the aesthetics of the game. Also, the mobs don't always follow the same animation, but move differently depending on the environment, i.e. in the water or on land. Haven't you noticed that yet? Then enjoy watching the axolotls in Minecraft run and swim next time! 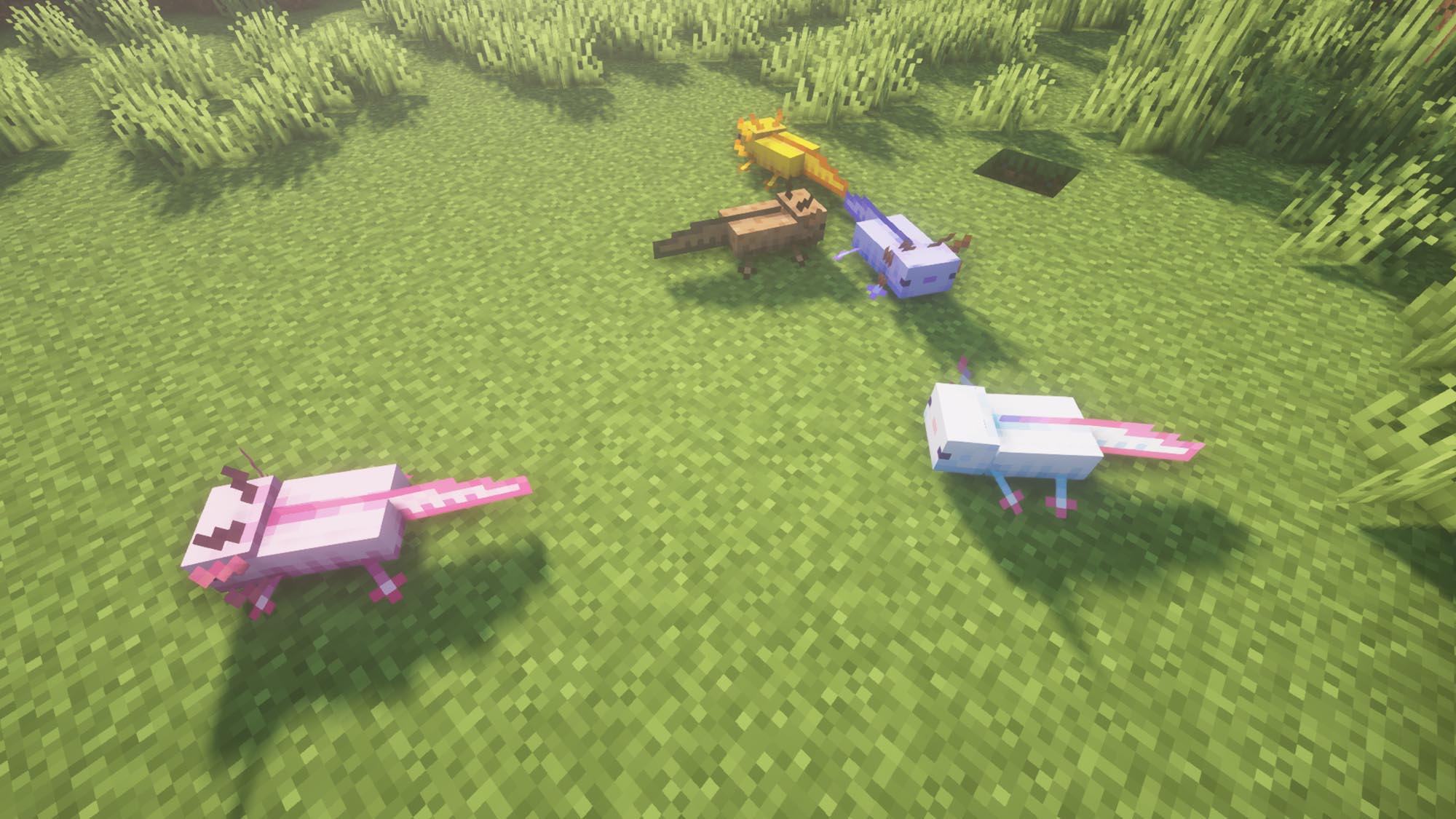 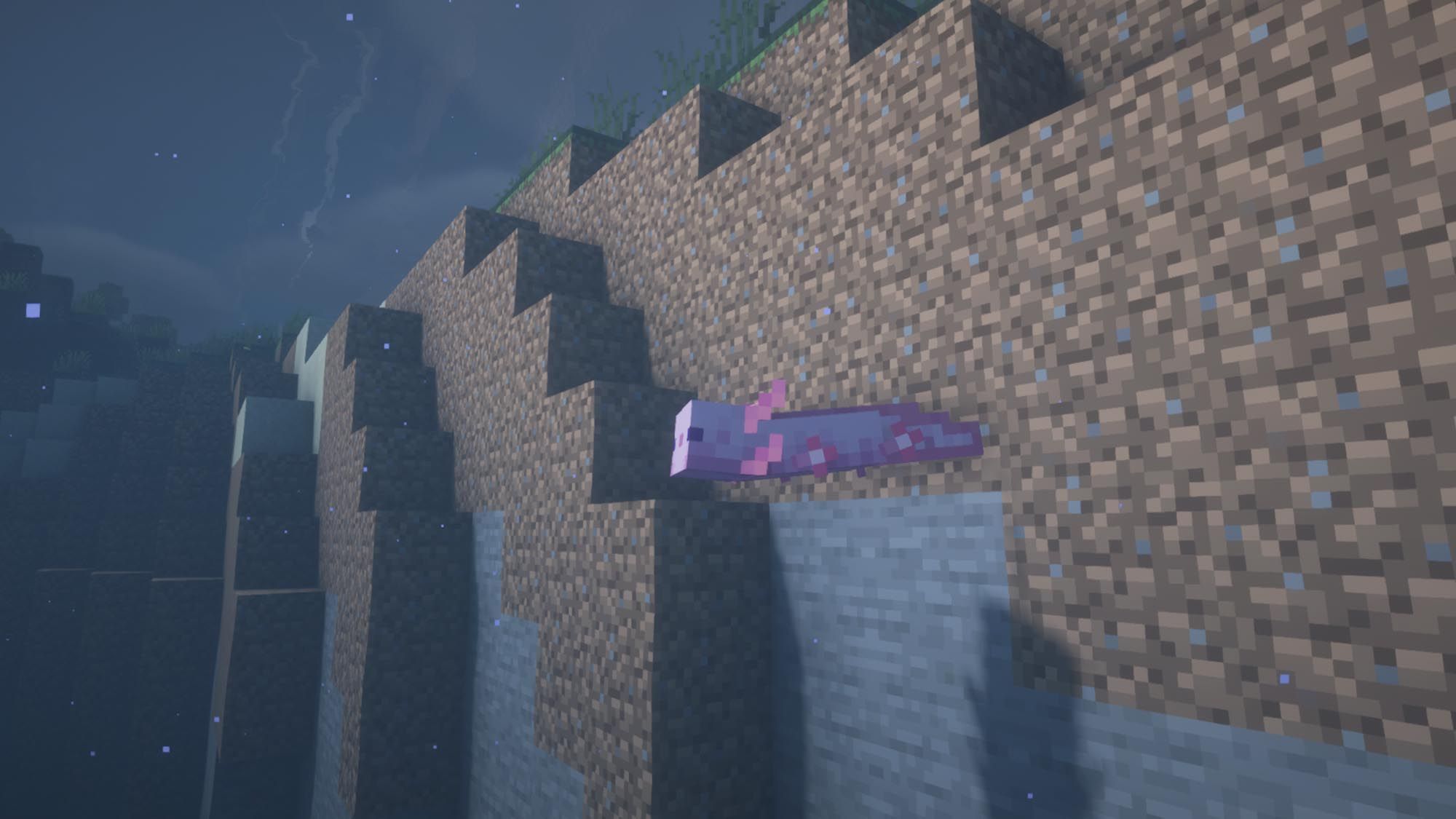 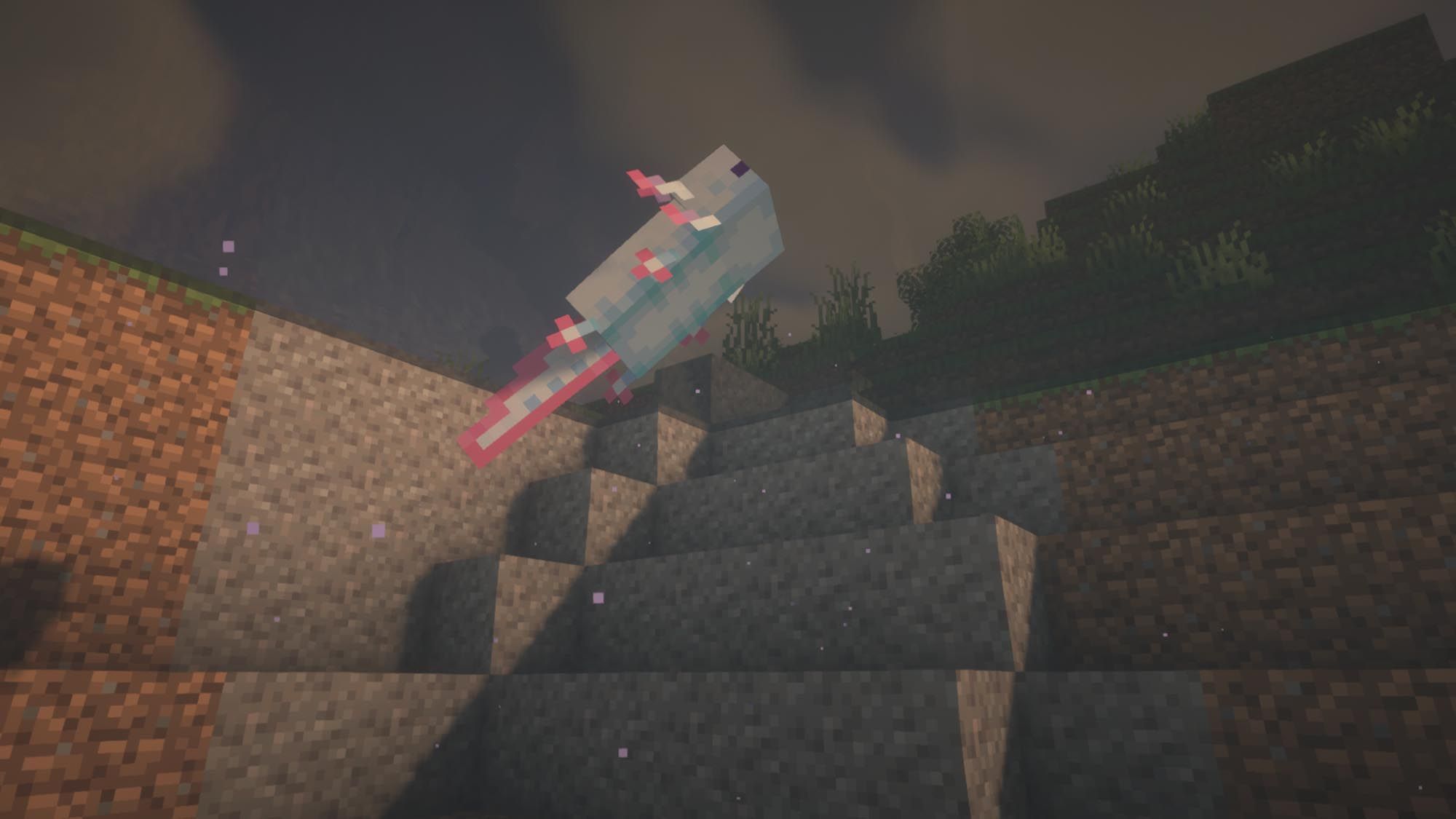 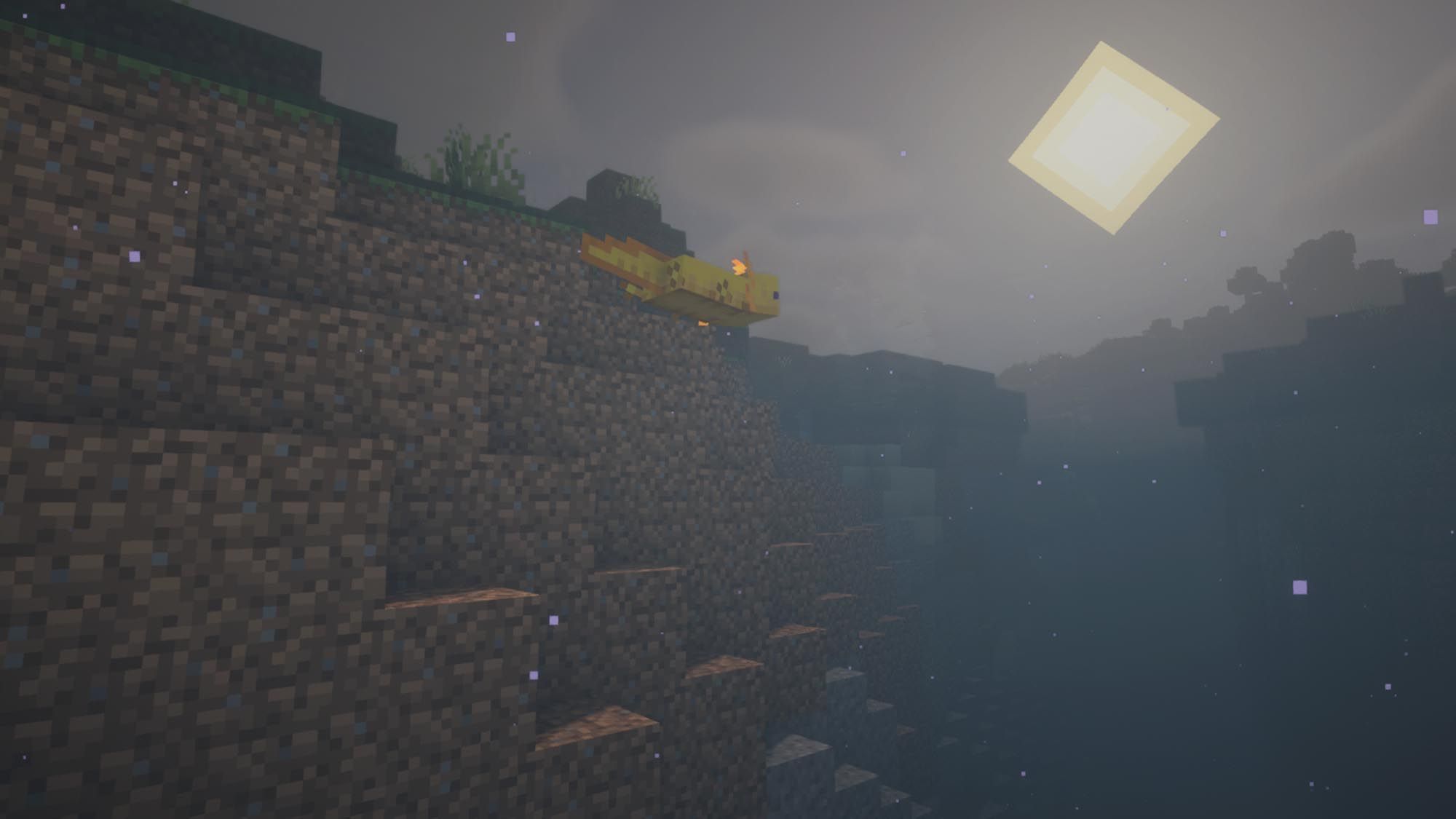 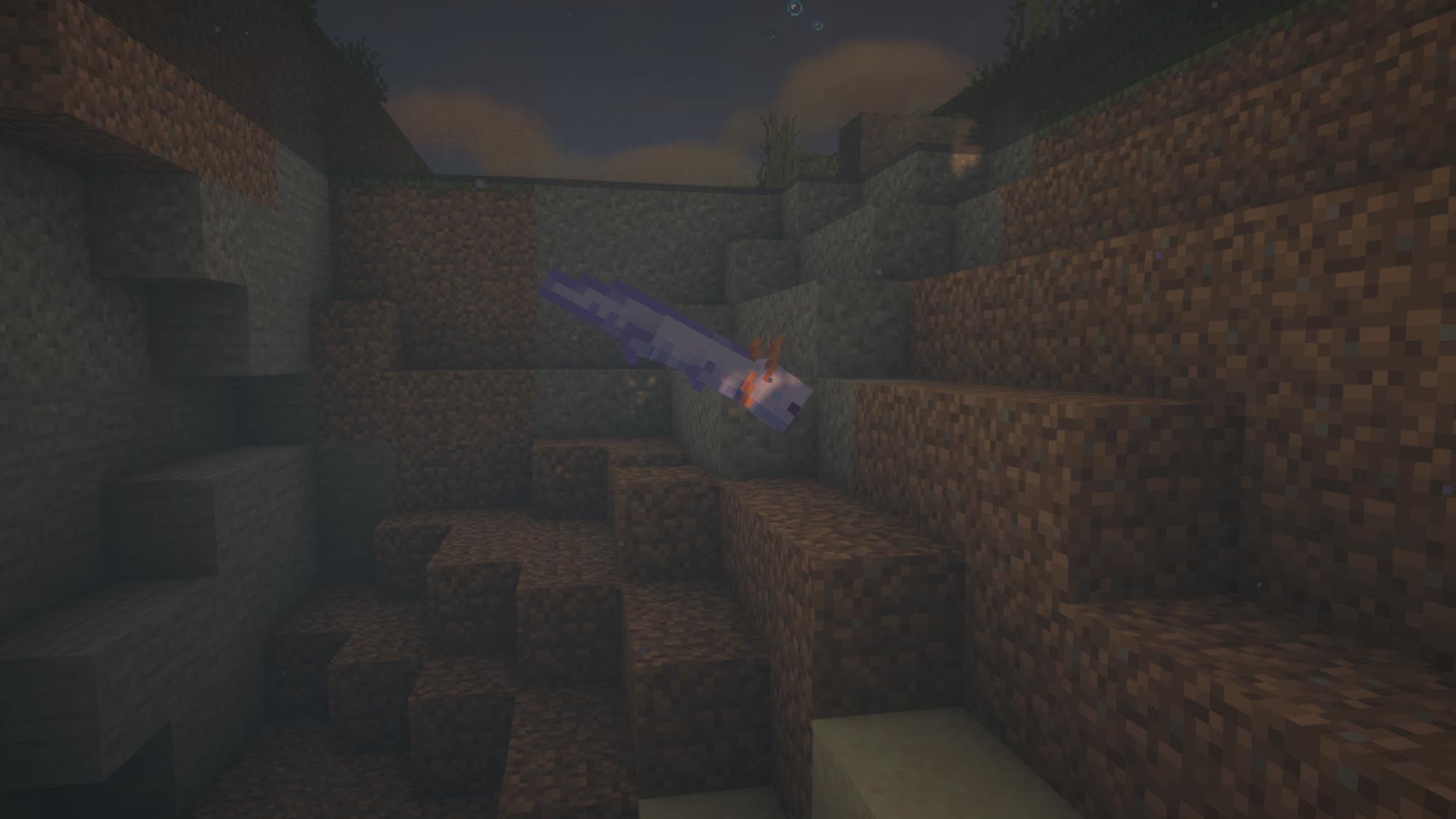 Who doesn't like to have fun while playing? Of course, you could try to circle the swimming creatures in a certain area of a Lush Cave, or trap an axolotl in a bucket and bring them to the surface. But you know what looks even more fun? You can also walk your axolotl around with you on a leash! Who needs dogs when you can relax and explore Minecraft with your cool pink axolotl? Not to mention, the mobs play dead when attacked. This also adds quite a bit of amusement and enhances the gaming experience.

Blue Axolotl - The Rarest of Them All

The famous blue axolotl may drive some players crazy. The chance to find it in the wild is zero. The chance to breed it is not very high either, but it is possible. Now that's a challenge! Find axolotls, feed them tasty tropical fish and let nature take its course. Maybe it's your lucky day and you really do get a blue specimen. If not, at least there's nothing stopping you from simply trying it again. You just have to wait five minutes and off you go for the next round. So don't be satisfied with pictures of lucky players who already got to see the rarest axolotl in Minecraft. Instead, push your luck and then enjoy your own little blue mob!

Your Own Minecraft Axolotl

Do you now feel like surrounding yourself with a funny little axolotl in Minecraft again and spending a peaceful life among colorful amphibians? Or would you rather take up the challenge and breed a little blue baby axolotl to show off to your friends? Well, just start a new game on one of G-Portal's Minecraft servers right away! Have fun playing!