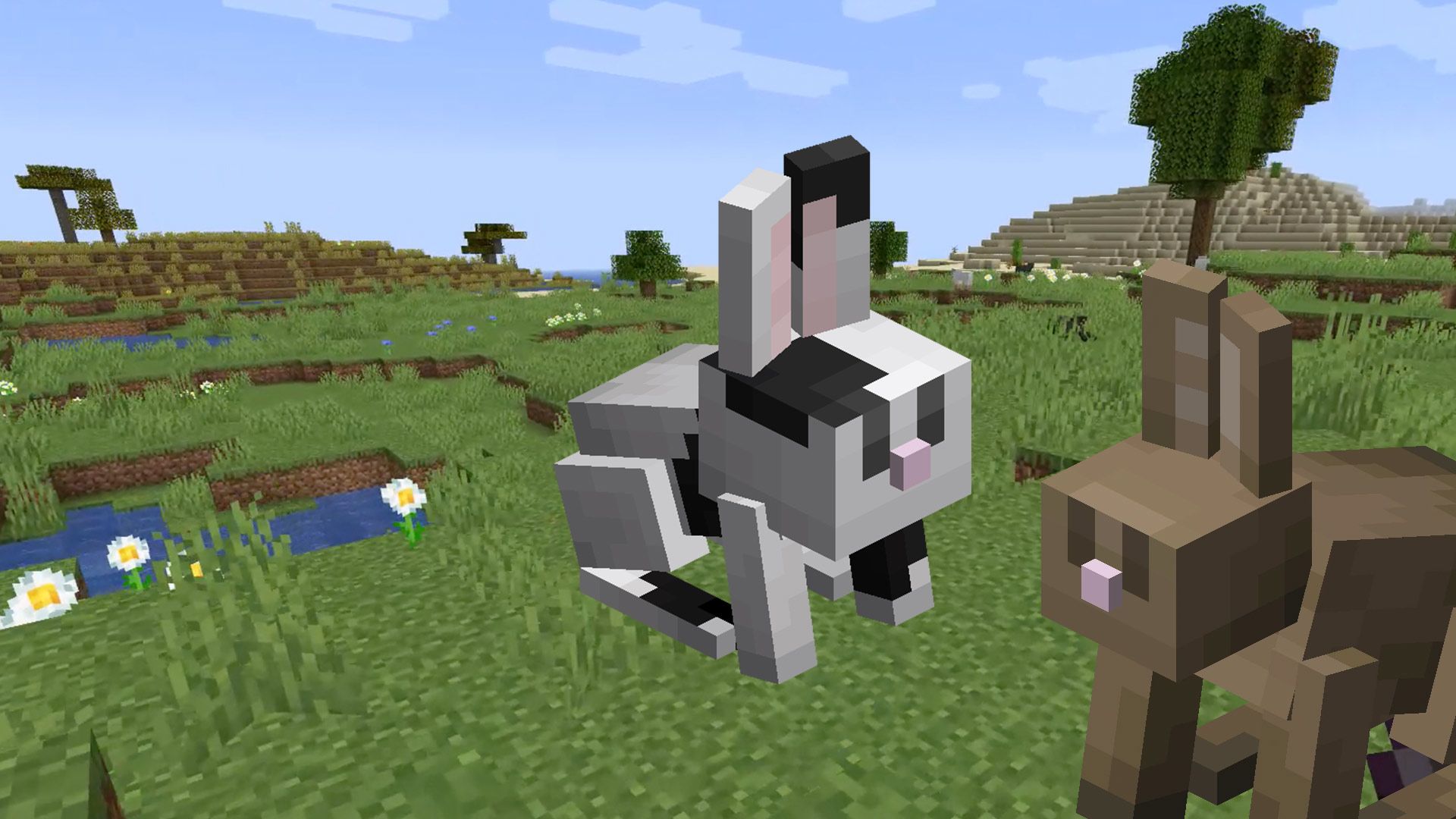 What's that jumping around in the forest? Small, cute and with two long ears?

Rabbits in Minecraft are certainly one of the cutest animals in the block world. Here you will learn everything there is to know about Minecraft rabbits.

Minecraft rabbits can be found in many biomes. Whether it's a desert, a forest or a snowstorm, almost everywhere you can find a little spoonbill hopping across your path. The fur of the respective variant of the rabbit differs depending on the biome.
The color combination can be roughly divided into three areas: Yellow; white and black/white, as well as black, black-brown or just brown. Yellowish color appears only in the desert biome, white and black and white mainly in snow biomes. Black, black-brown and brown Minecraft rabbits can be found in the hill, forest and taiga biomes.

Minecraft Rabbits are generally passive and peaceful creatures; the only exception here is the Minecraft Killer Bunny. When attacked, Minecraft Rabbits flee quickly and hit hooks in the process. When killed, they can drop rabbit hide, raw rabbit, and more rarely, rabbit foot.

Natural enemies are wolves, feral cats and foxes. Like all rabbits, they love carrots, which can be used to attract them and eventually motivate them to breed. The growth of Minecraft rabbits can be accelerated with carrots, golden carrots and dandelion. 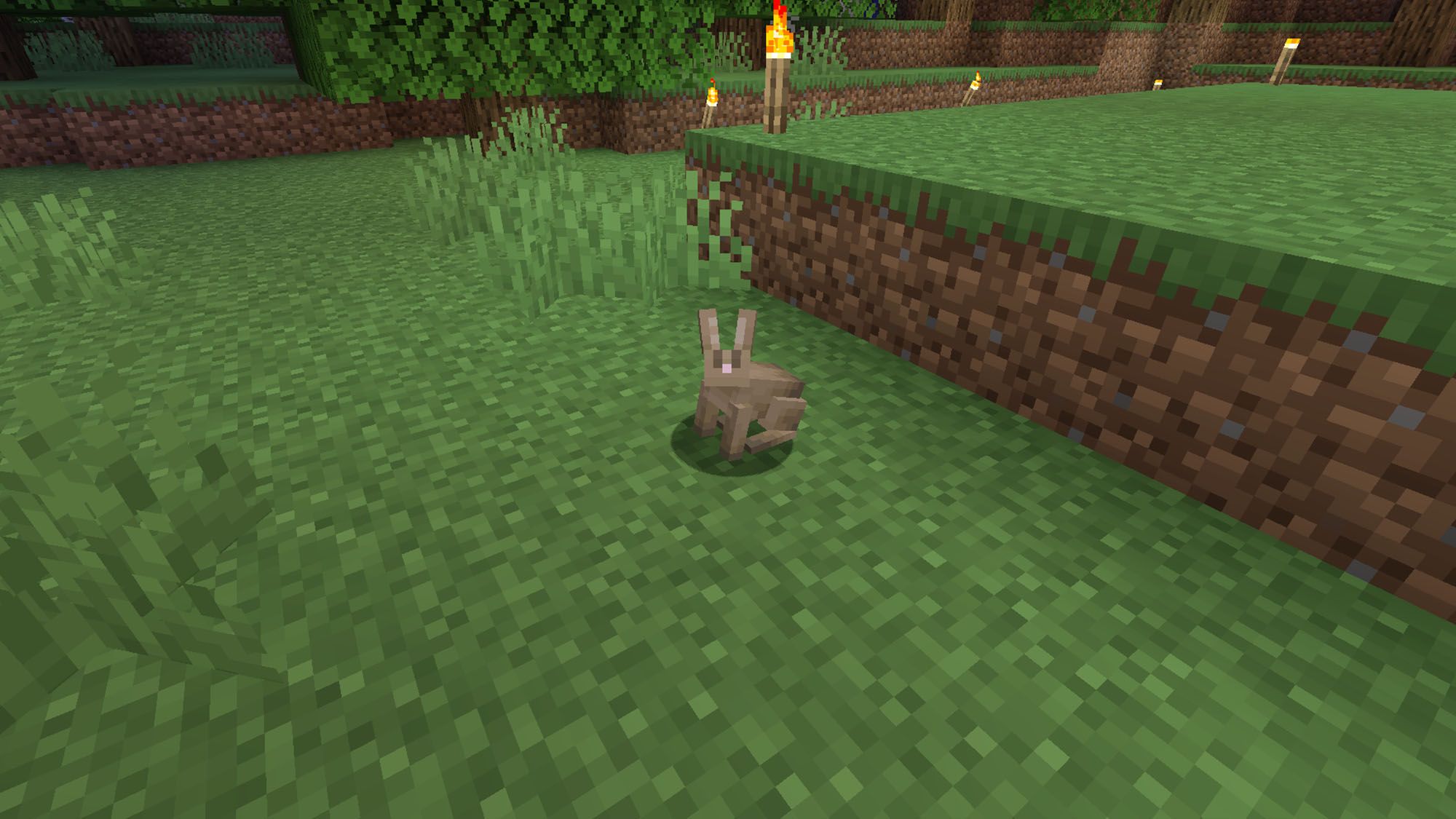 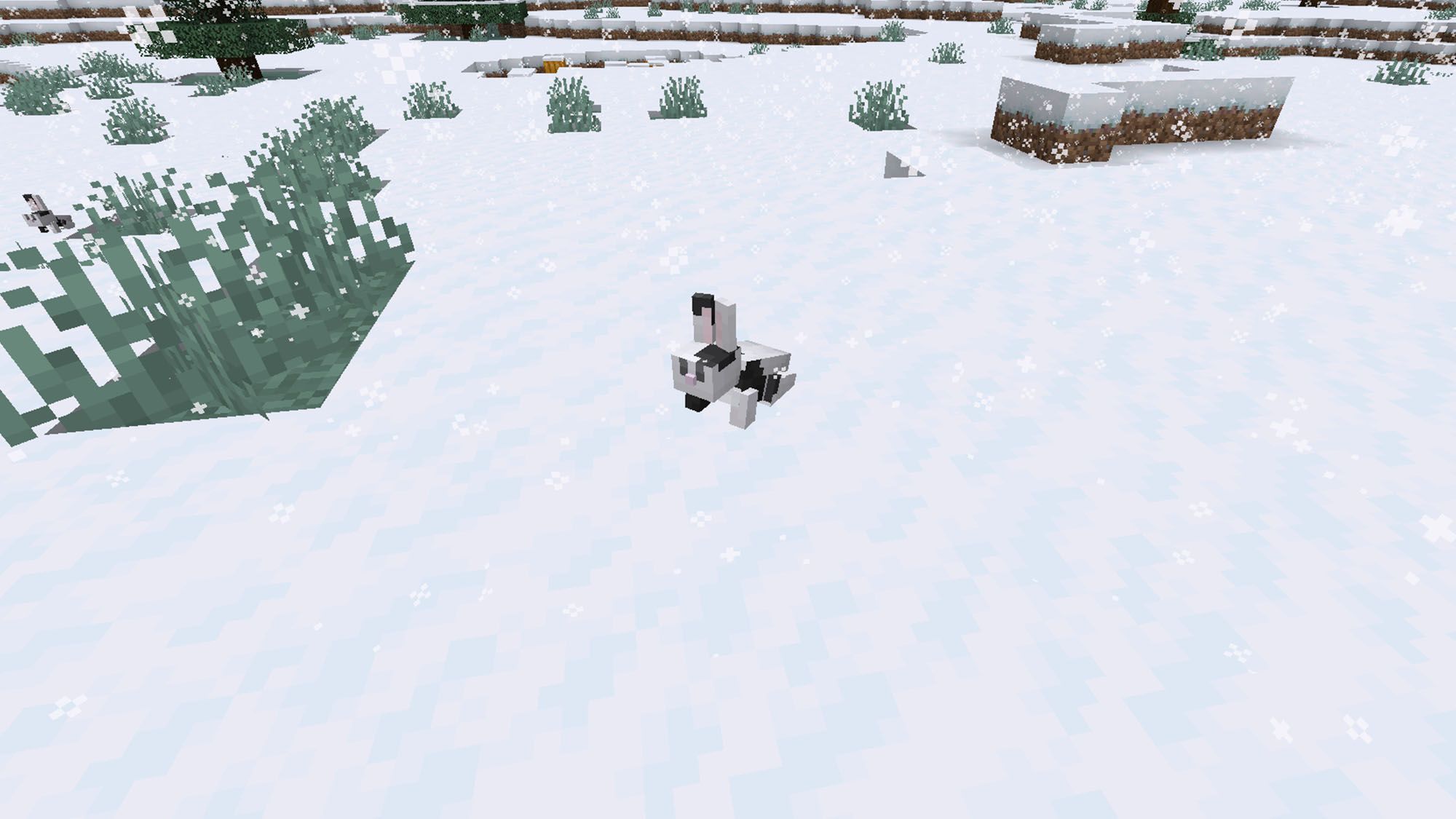 This stew is the most efficient food in the game after the cake. It restores 10 hunger points and 12 satiety points. However, it is not easy to make. Here is the ingredient list for Minecraft rabbit stew:

If you now eat the Minecraft rabbit stew, only the empty bowl will be left at the end.

While the mean Minecraft rabbit hops around cutely and provides an idyllic atmosphere, its bloodthirsty congener devotes its attention primarily to dastardly murder. The Minecraft Killer Bunny initially appears just as innocent as any other little hopper, only its narrow red eyes hint at its inner demonic abyss. The Killer Bunny is a kind of homage to Monty Python's "The Knights of the Coconut" and is virtually taken directly from the film.

Meanwhile, the Minecraft Killer Bunny no longer spawns by itself, but can only be summoned by command. You can spawn the killer rabbit with this command:
/summon rabbit ~ ~ {RabbitType:99} 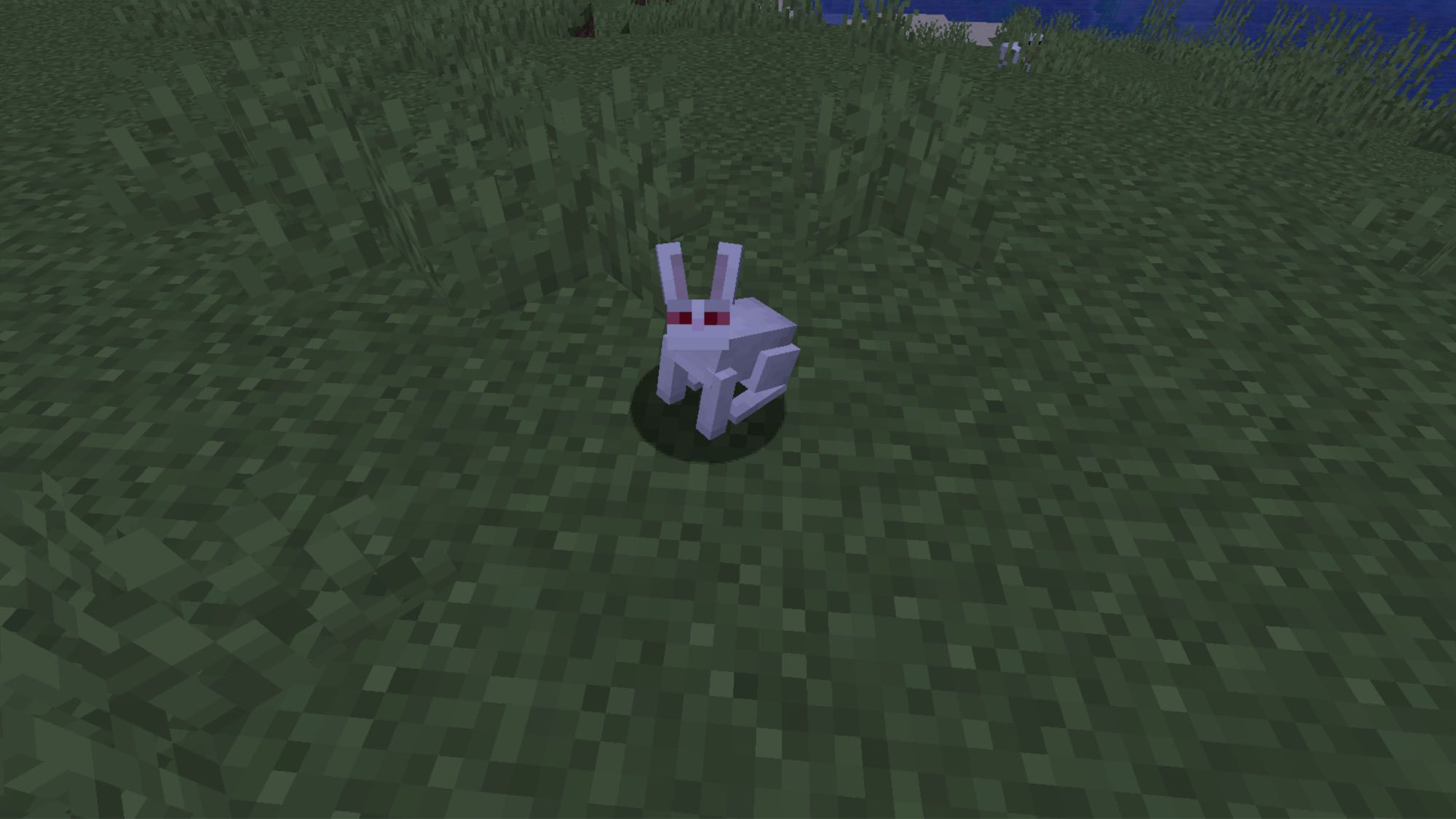