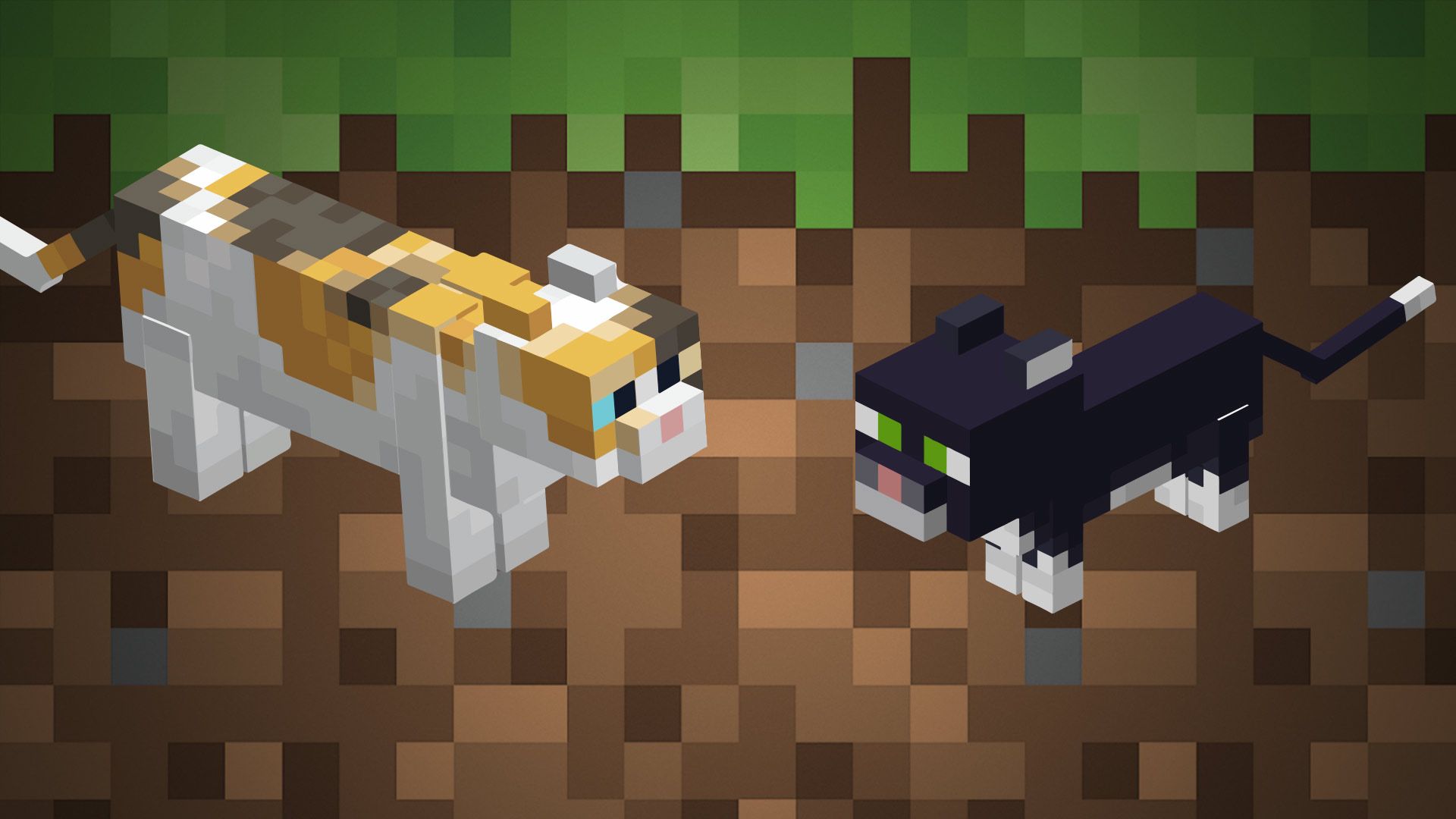 Have you been joyfully wandering through the biomes lately, suddenly saw a weird little creature stuck in a boat and thought to yourself, "What's that?" Then you may now rejoice at the answer, because what you saw was a Minecraft cat!

That's right, cat, not ocelot! Already since the 1.14 update, the cat is considered a separate mob in Minecraft. So the next time you see a cat spawning in a village, don't be alarmed. After all, there are so many other things to do!

From Stray to Pet - Taming the Minecraft Cats

Like so many other animals in Minecraft, the MC cat can be tamed. It's a lot cooler than scaring them away with your mere presence, right? Normally, cats will run away from you if you get too close. Just go for a round of fishing and fill up your inventory with raw cod or raw salmon and you're good to go! Minecraft cats are cautious, so you'll have to sneak up on them, fish in hand. As long as you don't make any quick movements, taming it is a piece of cake. When you see hearts rise and they sit down, you succeeded in taming cats. Minecraft makes this way easier than handling real cats and their claws. From that moment on, they'll also wear a collar whose color you can change. Hopefully you're a cat lover, because once tamed, you won't get rid of your four-legged friend so quickly. Cats either avoid you and hide, or follow you like a shadow. Who hasn't experienced it? Sometimes they stare into the distance and you just wonder, perplexed, if maybe they see ghosts. All Minecraft cats also possess such habits! While at first they avoid you and run away from you, once tamed they only want to be near you. In fact, they'll even teleport back to you if you're separated by more than 12 blocks. As for staring into the distance? The passive mobs can see invisible players, so the ghost theory isn't that strange at all, right? Let's move on to other creatures of the night for a moment, though! If you don't want to be visited by creepers or phantoms, you should make Minecraft cats your sidekicks. The enemies don't seem to be very comfortable with these four-legged creatures, which is why they keep their distance from them.

Are these similarities not enough for you? Then you should know what awaits you inside your house with Minecraft cats. Just like real cats, the mobs have a preference for standing exactly where they are of no help. You can often see them on beds, chests or stoves. The problem with this is rather that they block the object like this. If you do manage to lie down in a bed, one of your Minecraft cats will soon lie down on you. Do you recognize the parallels to real cats? Then, when you wake up in the morning, you'll often find a gift in the form of a rabbit's foot, raw chicken, or a feather, for example. That's what you like to wake up to, isn't it? The only thing the game doesn't take too seriously is the seven lives of a cat. MC only gives animals one life, but at least they don't take fall damage. That's at least something. Still, the closer you look, the more real the behavior of the four-legged friends seems.

Even a game like Minecraft probably can't do without a pun of this kind. 'A complete catalogue' is one of the advancements related to Minecraft cats. And it's pretty self-explanatory: you have to manage to tame all Minecraft cats. To be precise, it means that you have to find 11 different cat types in Minecraft and bribe them with fish. Besides, there's also a possibility that you'll get one or two other advancements and achievements that include Minecraft cats. Sure, after that it is very likely that quite a few small mobs will follow you around, but is that so bad? After all, this way the phantoms and creepers leave you alone. 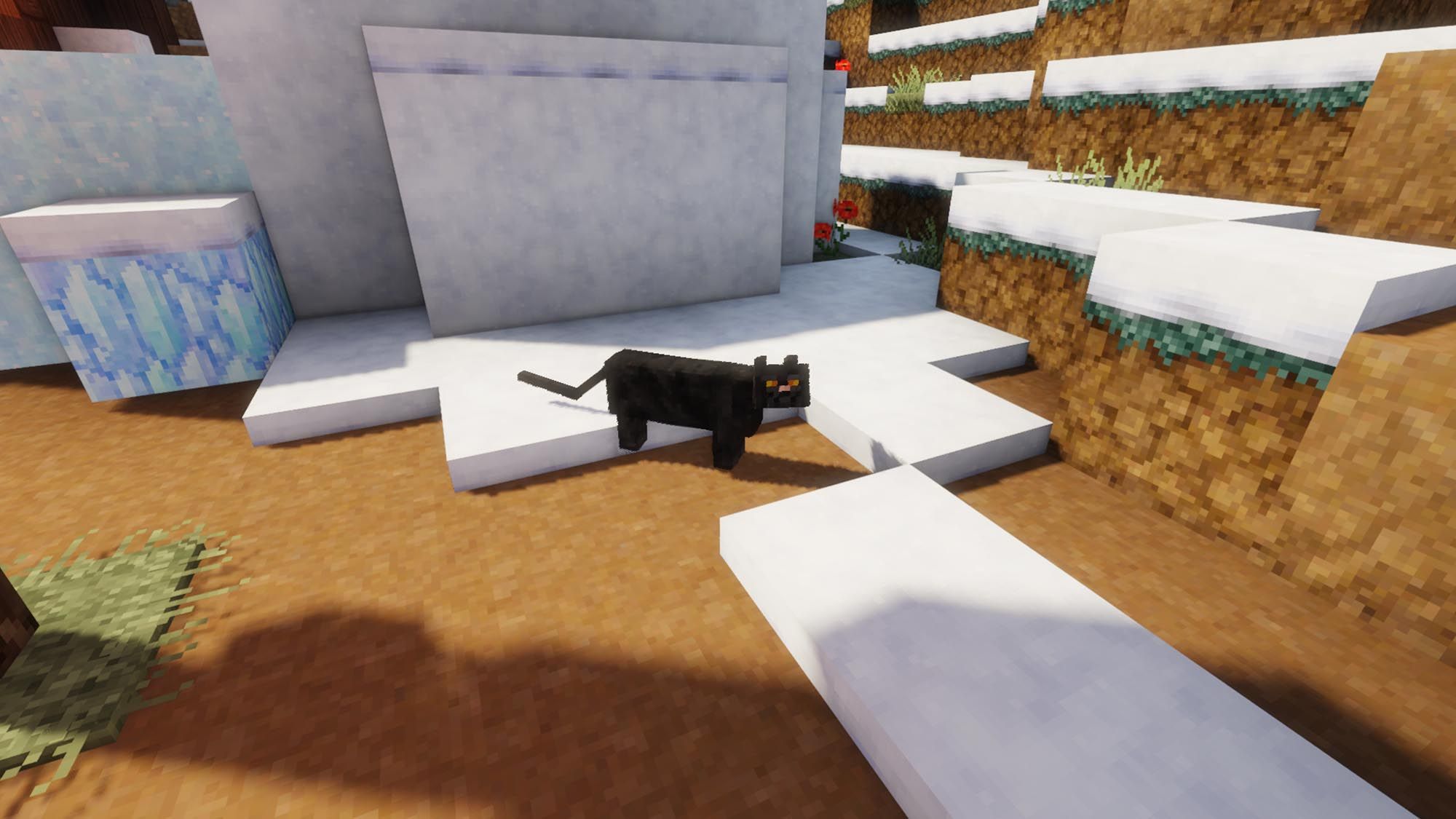 Instead of just looting the next village, why not get some pets? And if you're not a cat fan after all, don't forget that they can be quite useful at night. On a Minecraft server from G-Portal, such a venture is even more fun. Grab a few friends and let's go on a mission. Have fun!