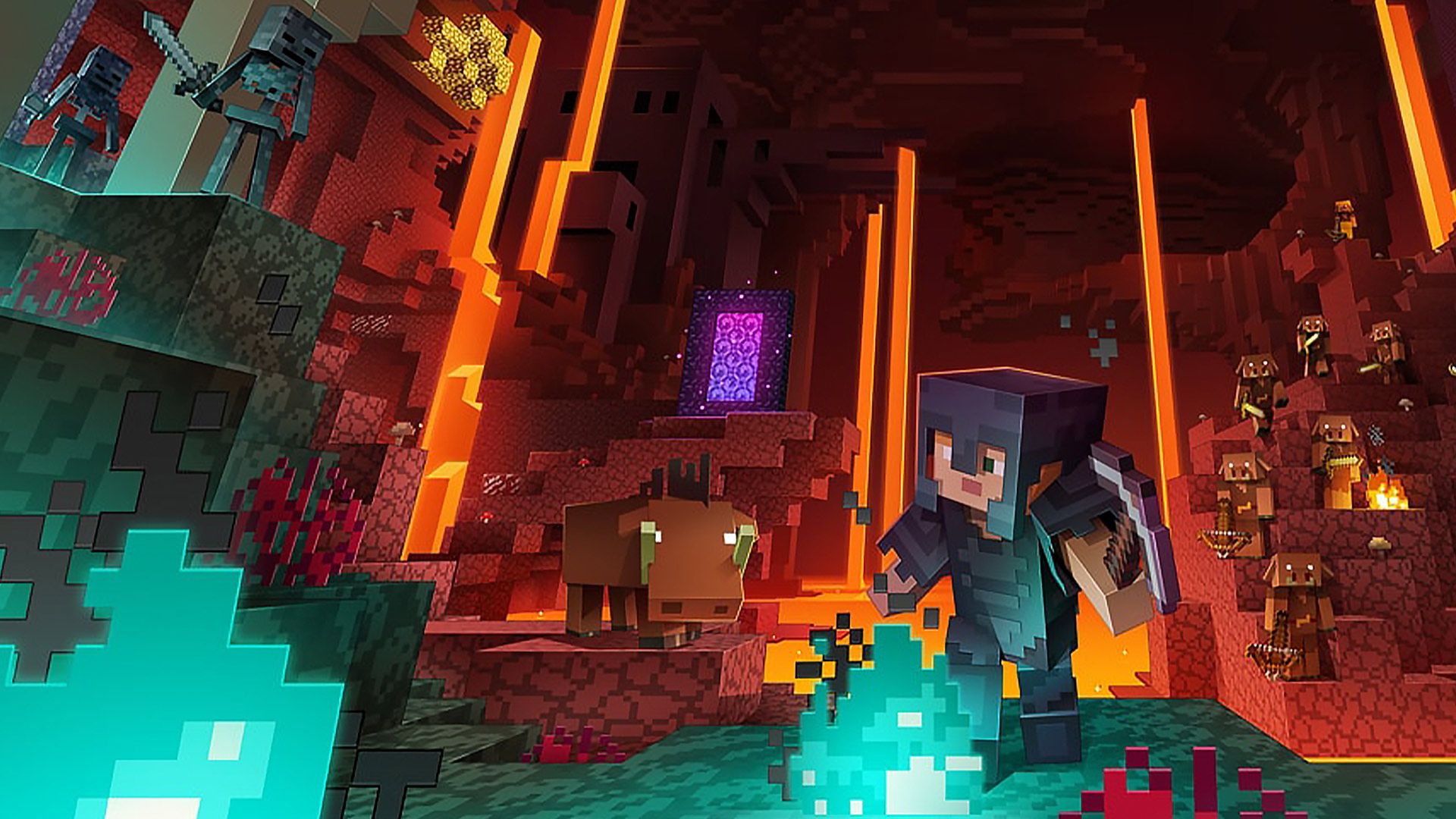 Is the happy life in Minecraft getting too colorful, too bright, too quiet for you? How about a walk through hell?

That's pretty much how you could describe the Minecraft Nether: a place with no change from day to night, no sky, no weather of any kind. The Nether is eerily beautiful, dark, and hot, thanks to the lava seas. Doesn't that sound like an interesting change from everyday life? Not to mention that any player who wants to face the ender dragon at some point will have to go to this deep realm anyway. 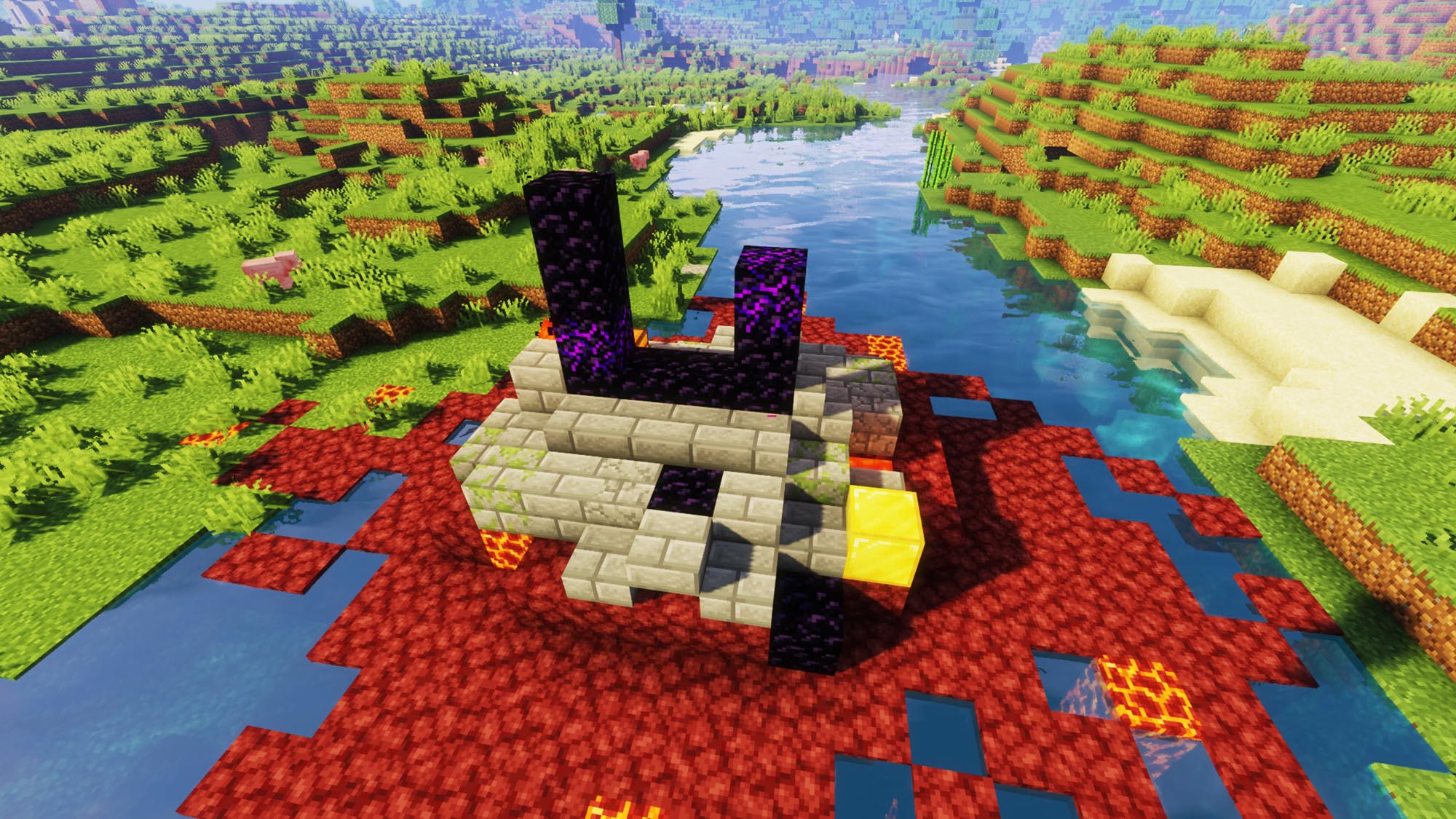 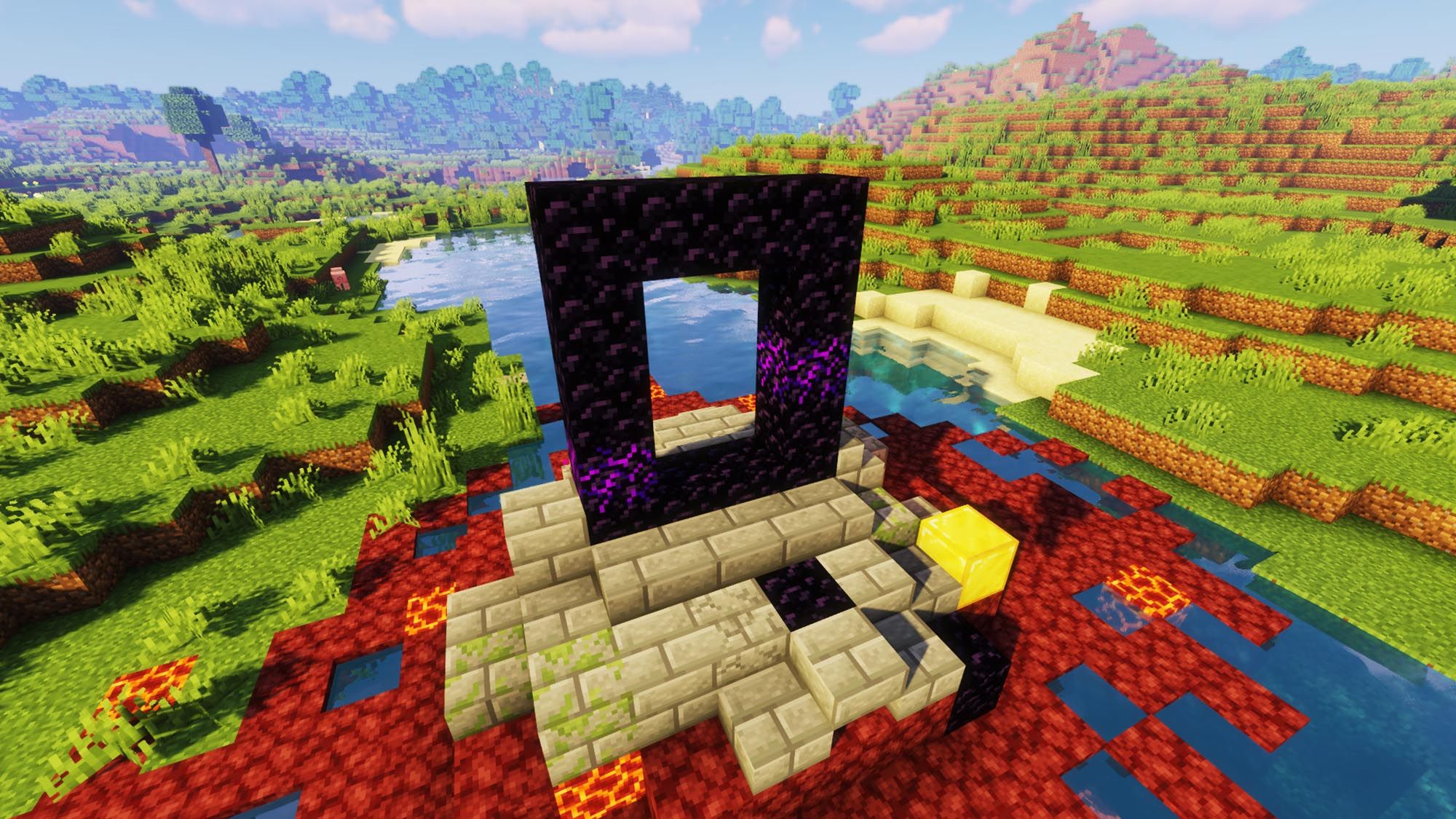 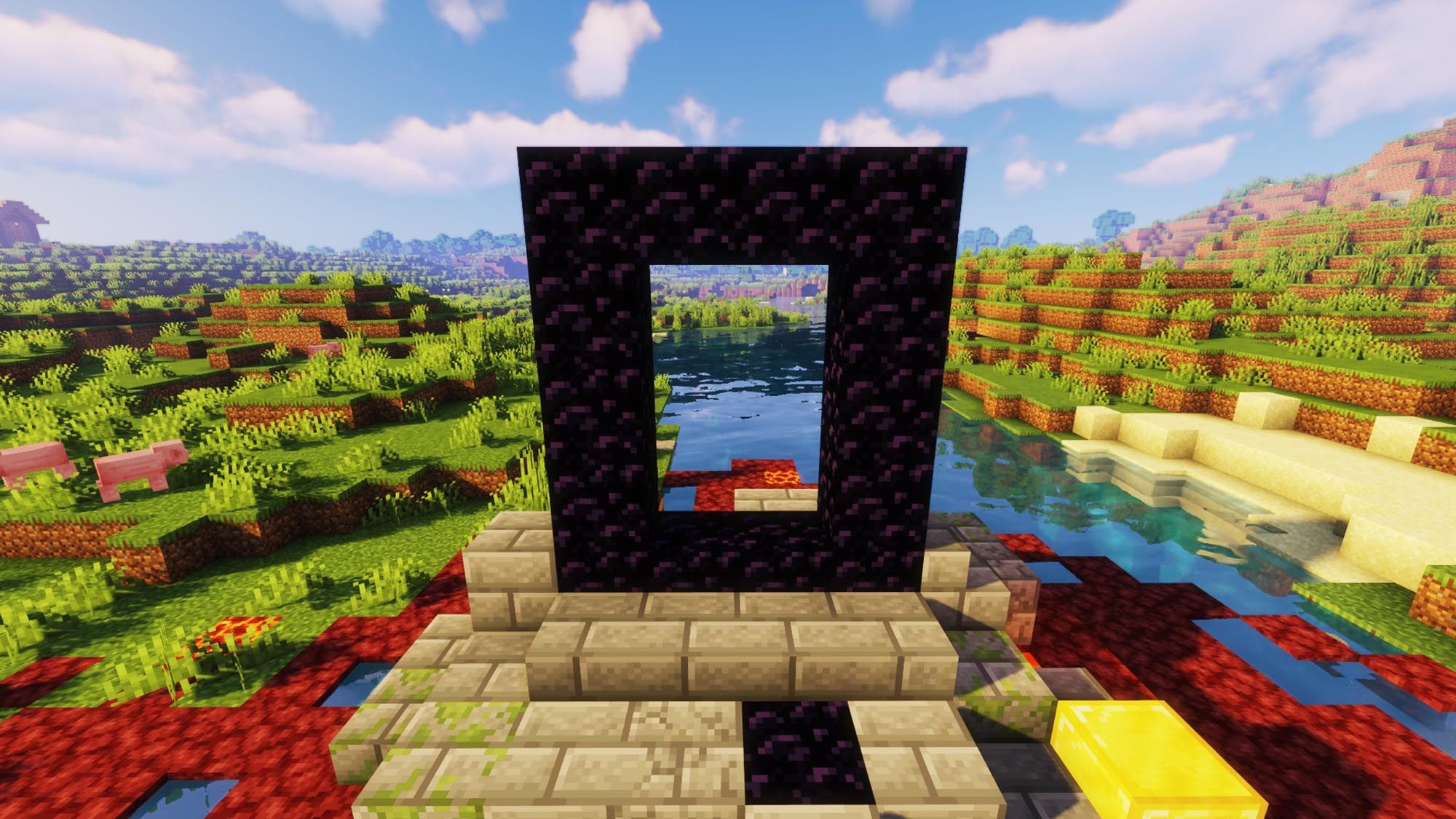 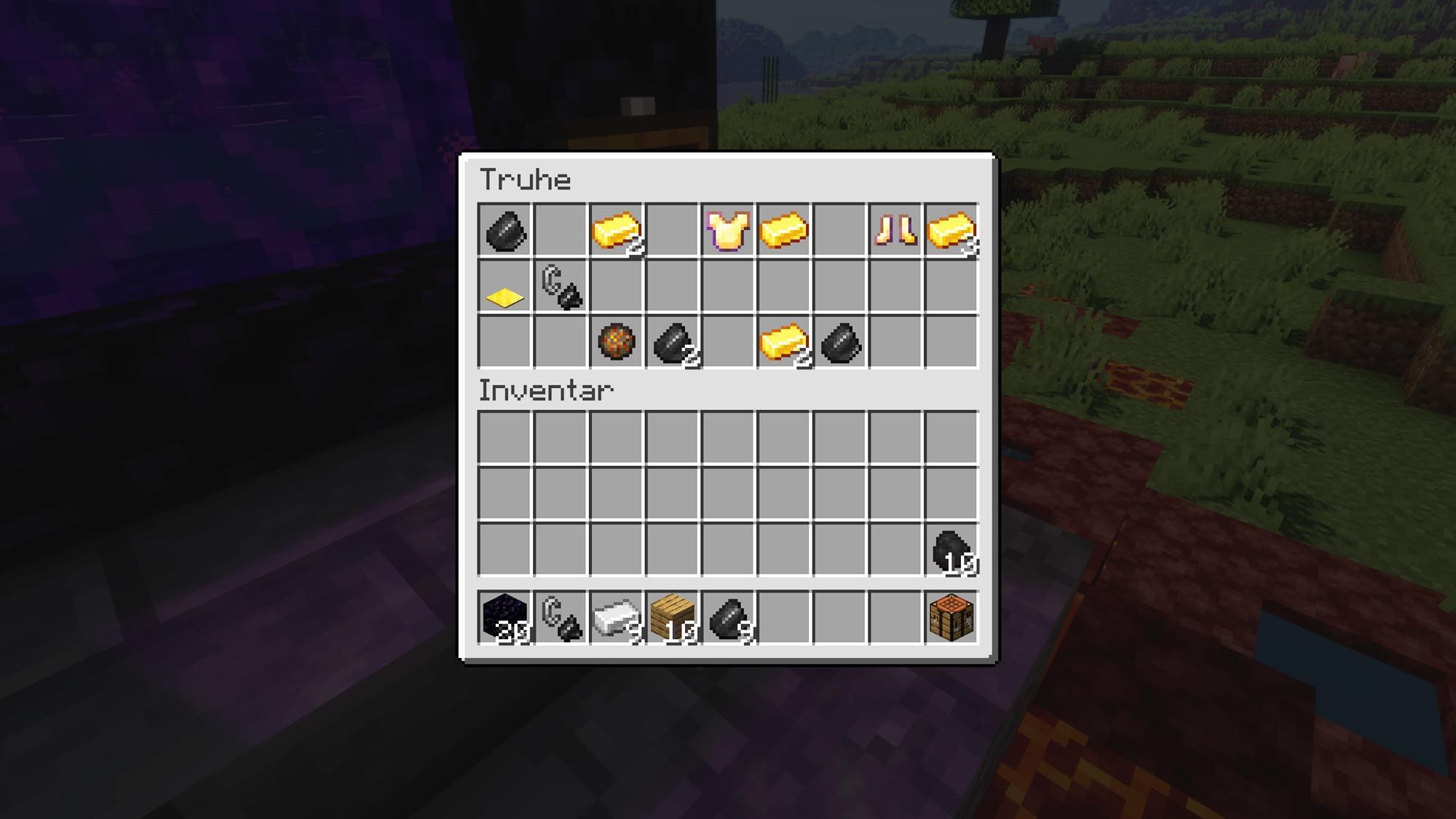 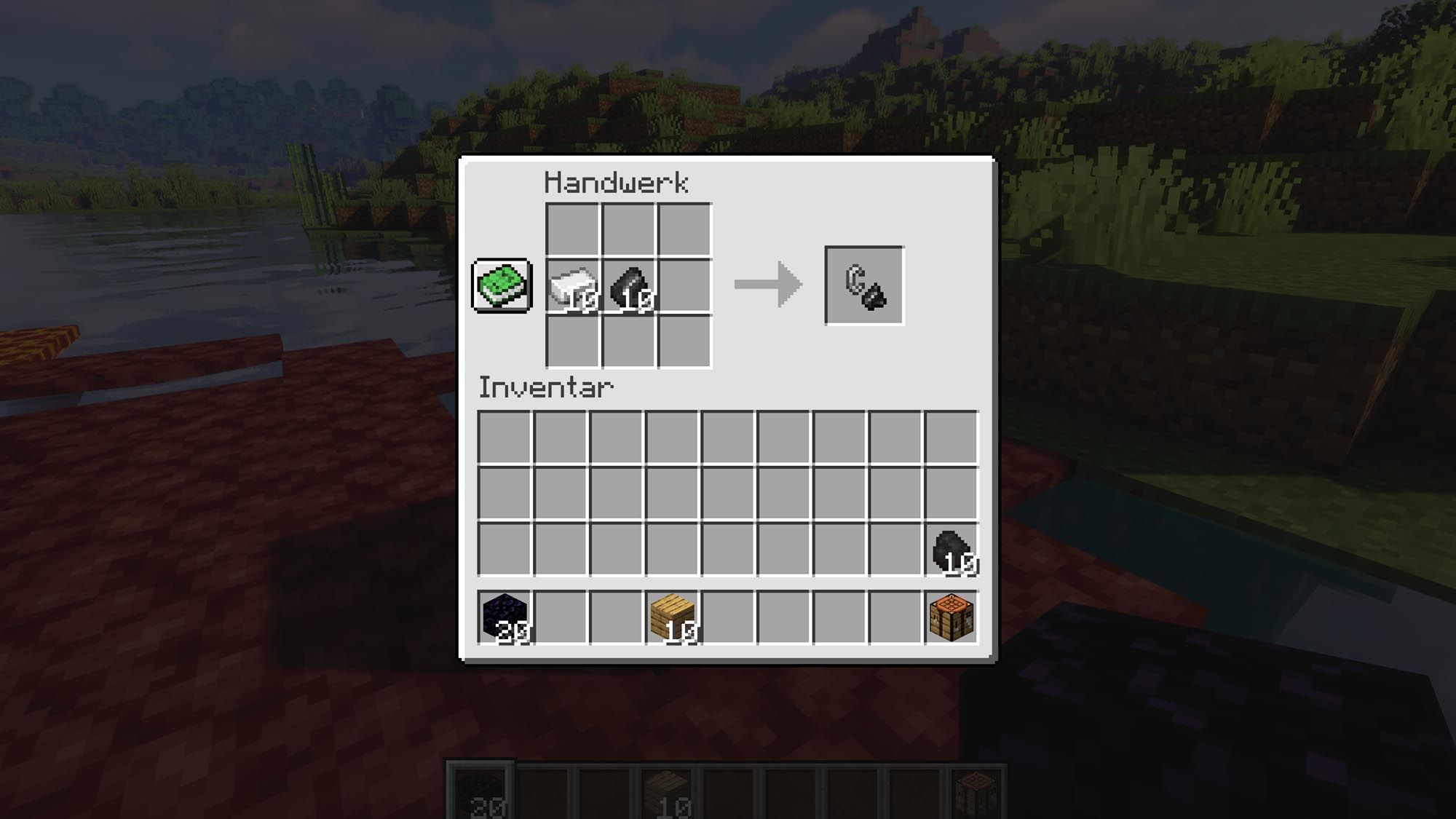 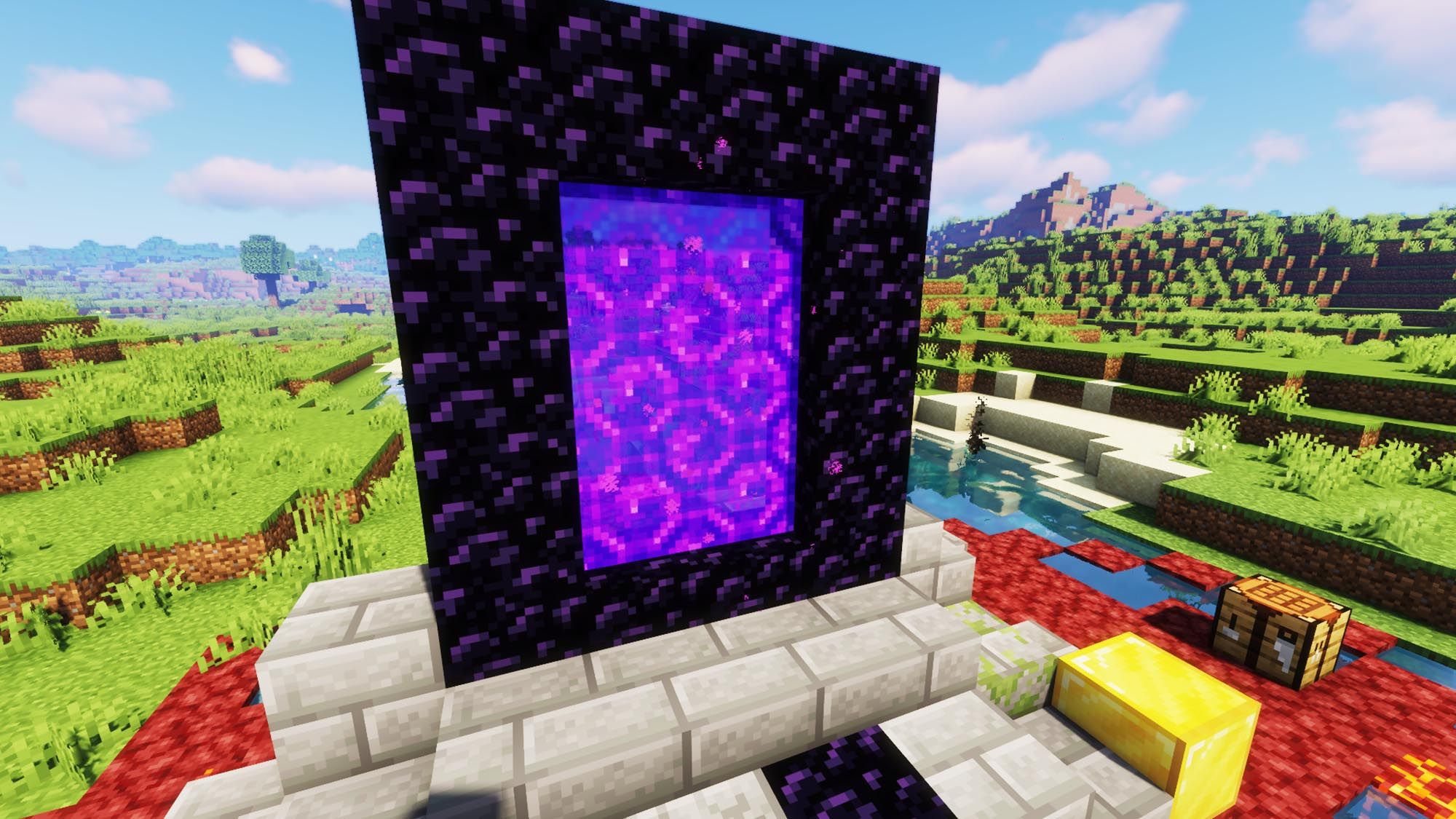 A short history of the Minecraft Nether

The Nether was already integrated into the game in 2010. In addition to the Overworld and the End, it represents another dimension in Minecraft, the so-called underworld, hell, everything that lies hidden beneath the surface, if you will. The special feature of the Nether is that you can only access it through a portal, which you have to craft beforehand. If you then step through it, you'll find yourself on the other side of a second, automatically generated portal and surrounded by netherrack, the predominant material in the Nether.

With Minecraft update 1.16, the Nether update, the dimension was once again in the center of attention in the summer of 2020. One of the new features was a rare material called netherite. This is made from ancient debris, which you burn and then combine with gold bars. You can find ancient debris in already existing buildings in the Nether. Why is netherite so special? It's an incredibly durable material and you can make armor out of it, which is generally considered to be the best armor in Minecraft.

Is the Nether Just Dark and Dreary?

Besides the difficulty of getting into the depths of the Minecraft Nether and the special material, you'd think the Nether was just drab, gloomy, and full of lava, right? Wrong! A trip through the various biomes will prove that the darkness can be diverse and beautiful. The classic image of the underworld is represented by the Nether wastes. There you'll find a sea of lava, zombified piglins, and striders walking through the lava. At first glance, the soul sand valley doesn't seem any happier either, completely devoid of plants. But there you can find blue fire, the soul fire. Another little tip: Enchant your shoes with soul speed to make the adventure easier for you. Things look quite different in the crimson forest, the reddish mushroom biome through which hoglins and piglins move. Red is not to your taste? Visit the warped forest! This mushroom biome in the Nether looks bluish and there you can even meet endermen. Is it all too nice and boring for you? Then you should take a trip to the basalt deltas! This biome resembles a volcano, complete with magma cubes. The only downside is that you won't find any bastion remnants here, but you'll find more of the eerie ambience of the Nether. 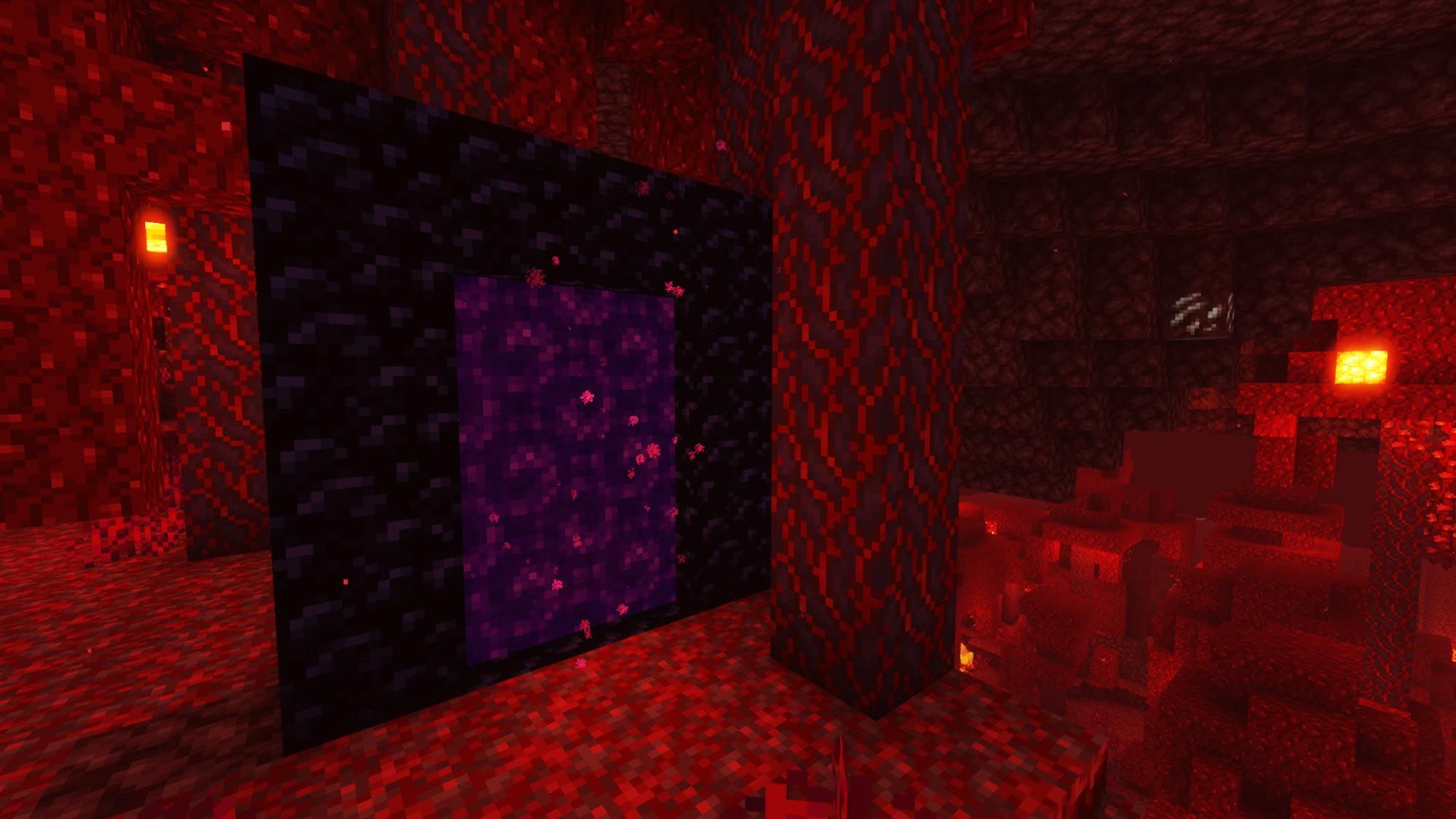 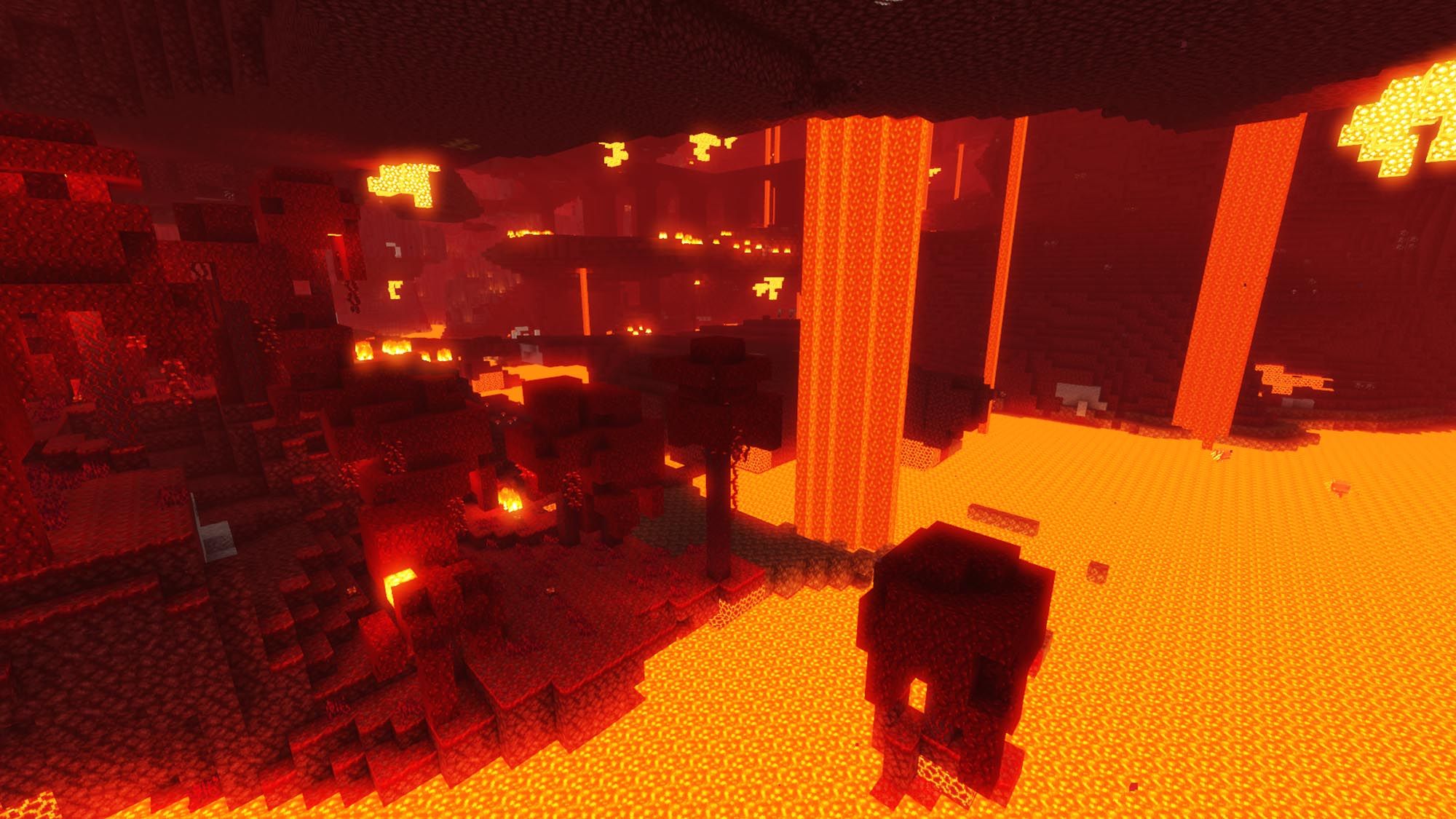 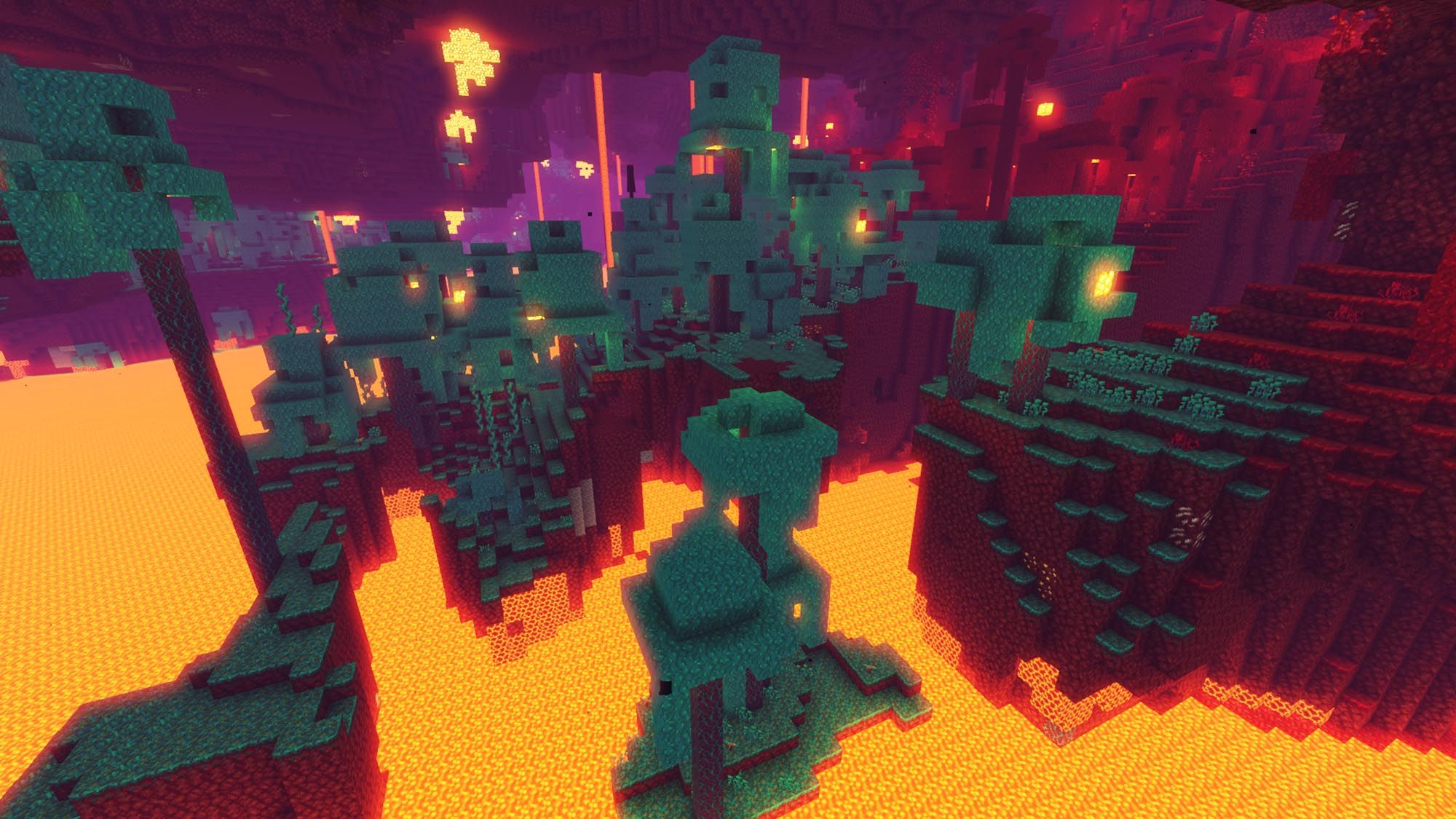 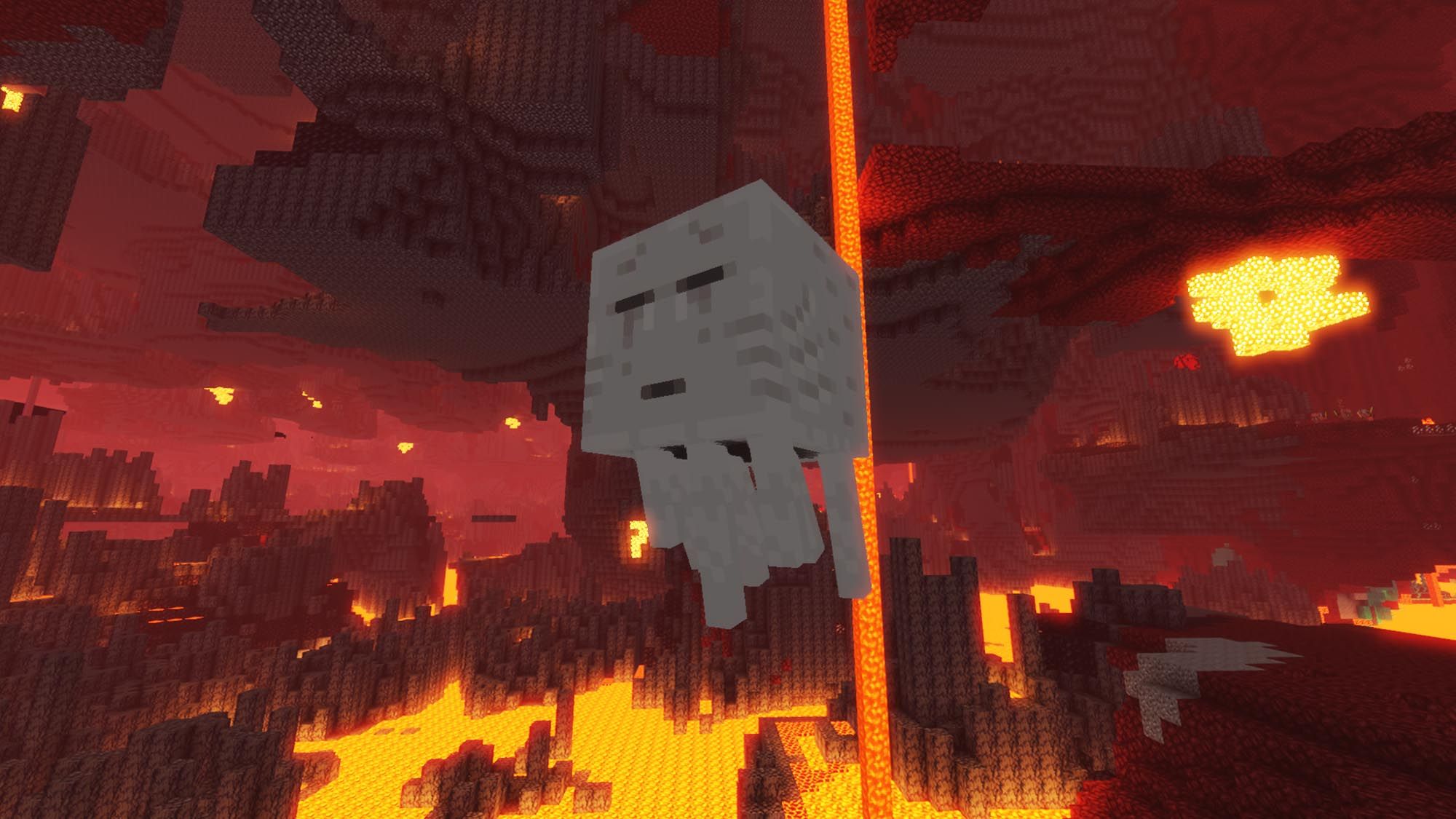 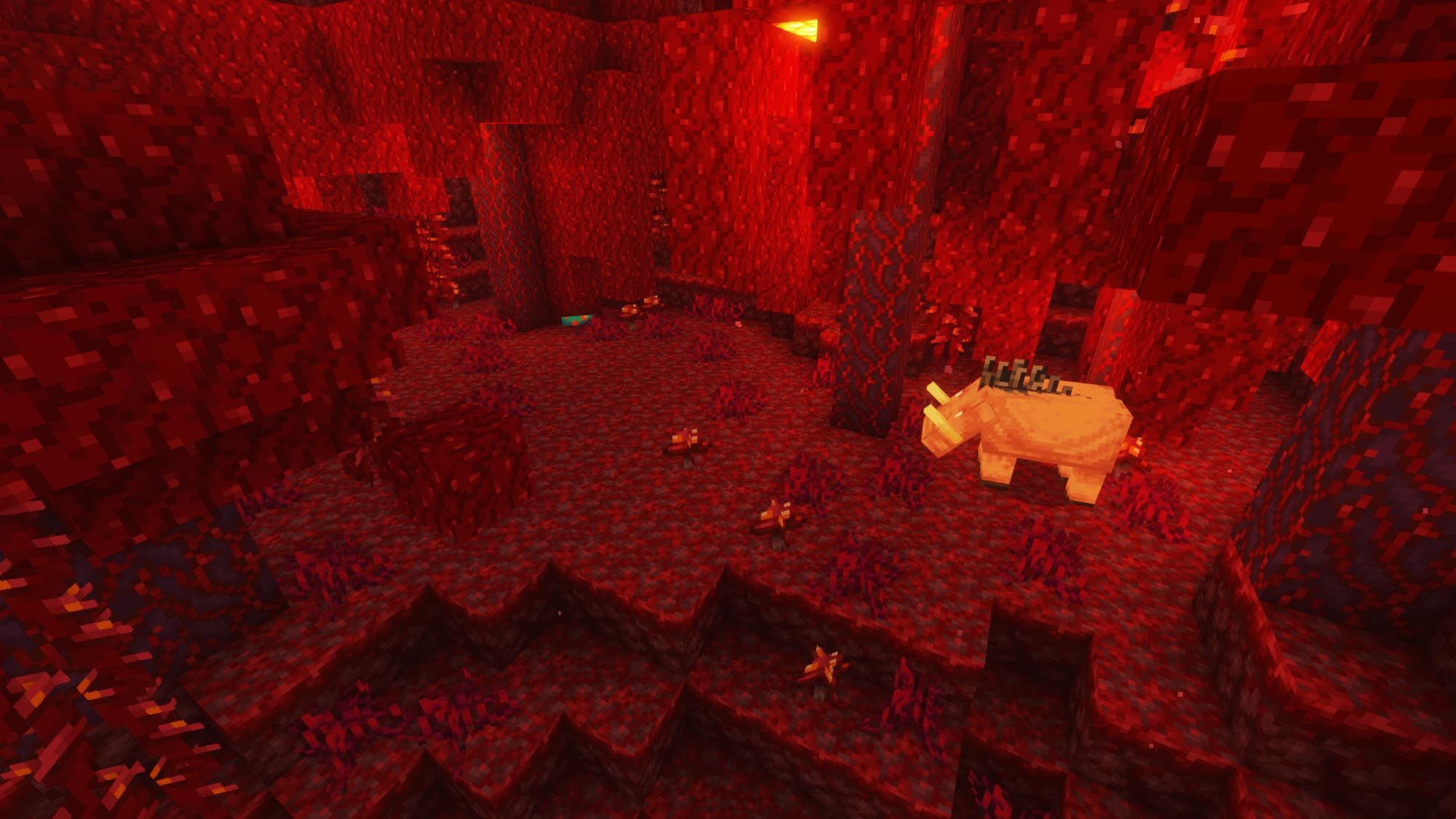 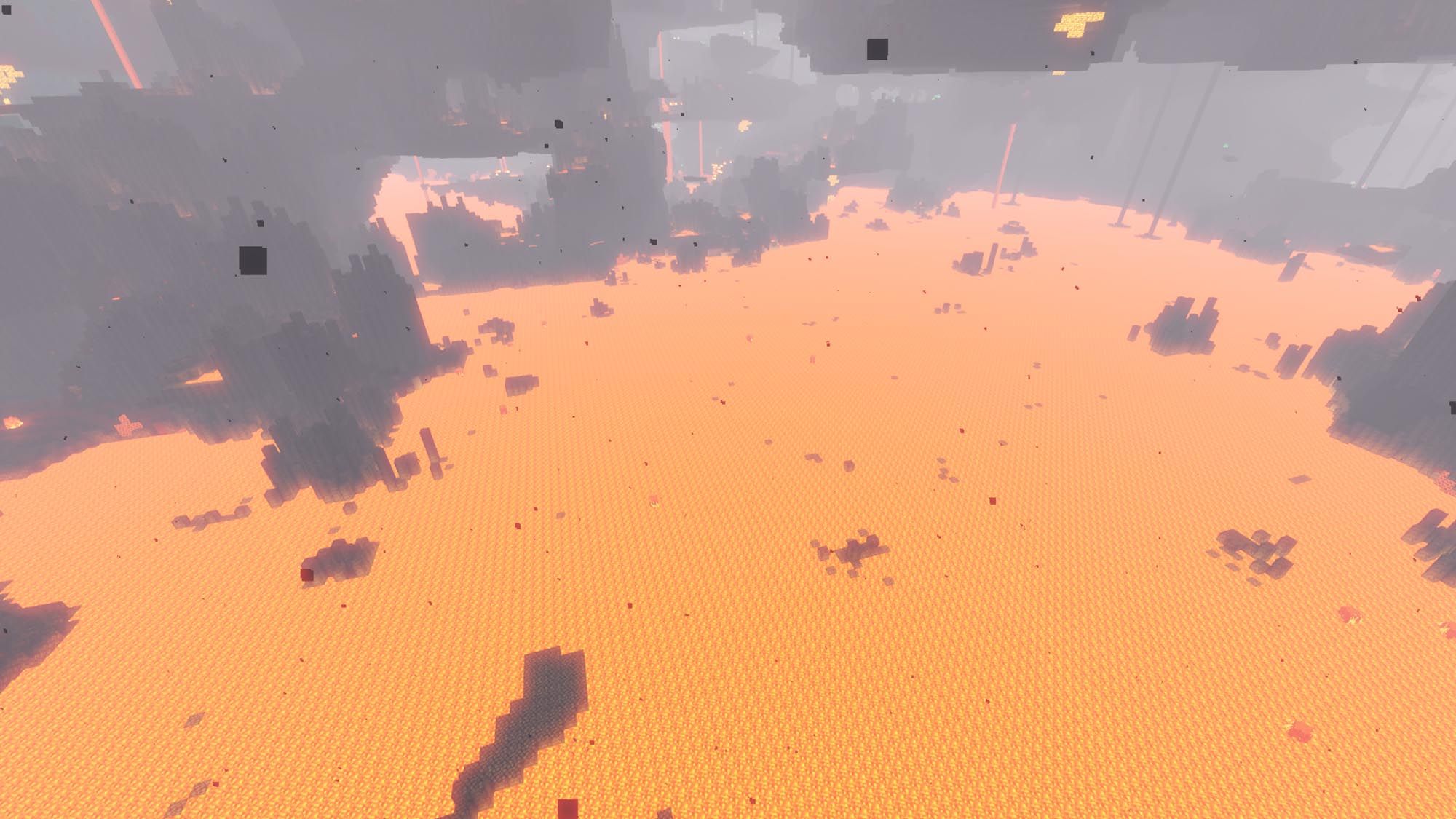 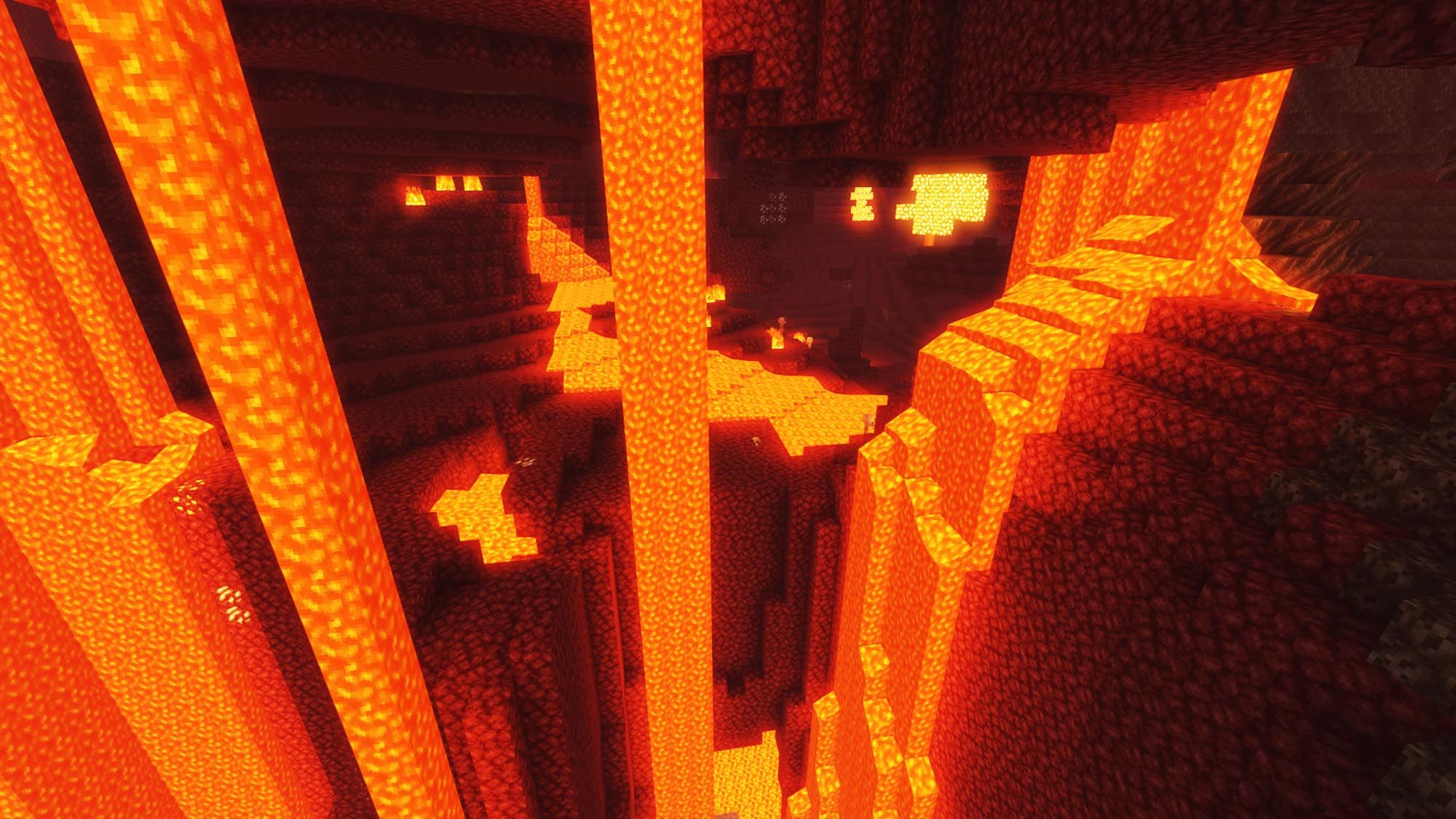 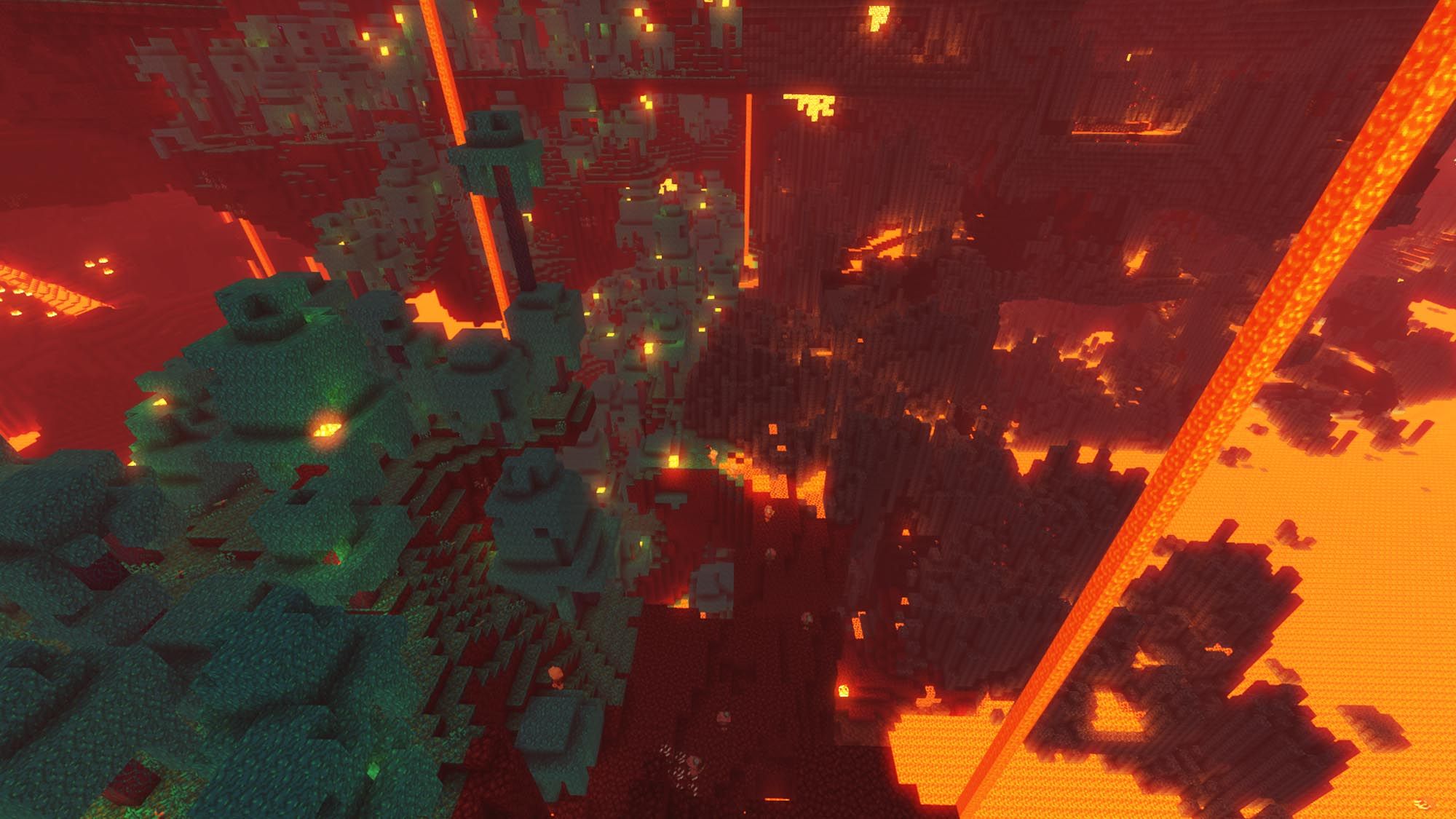 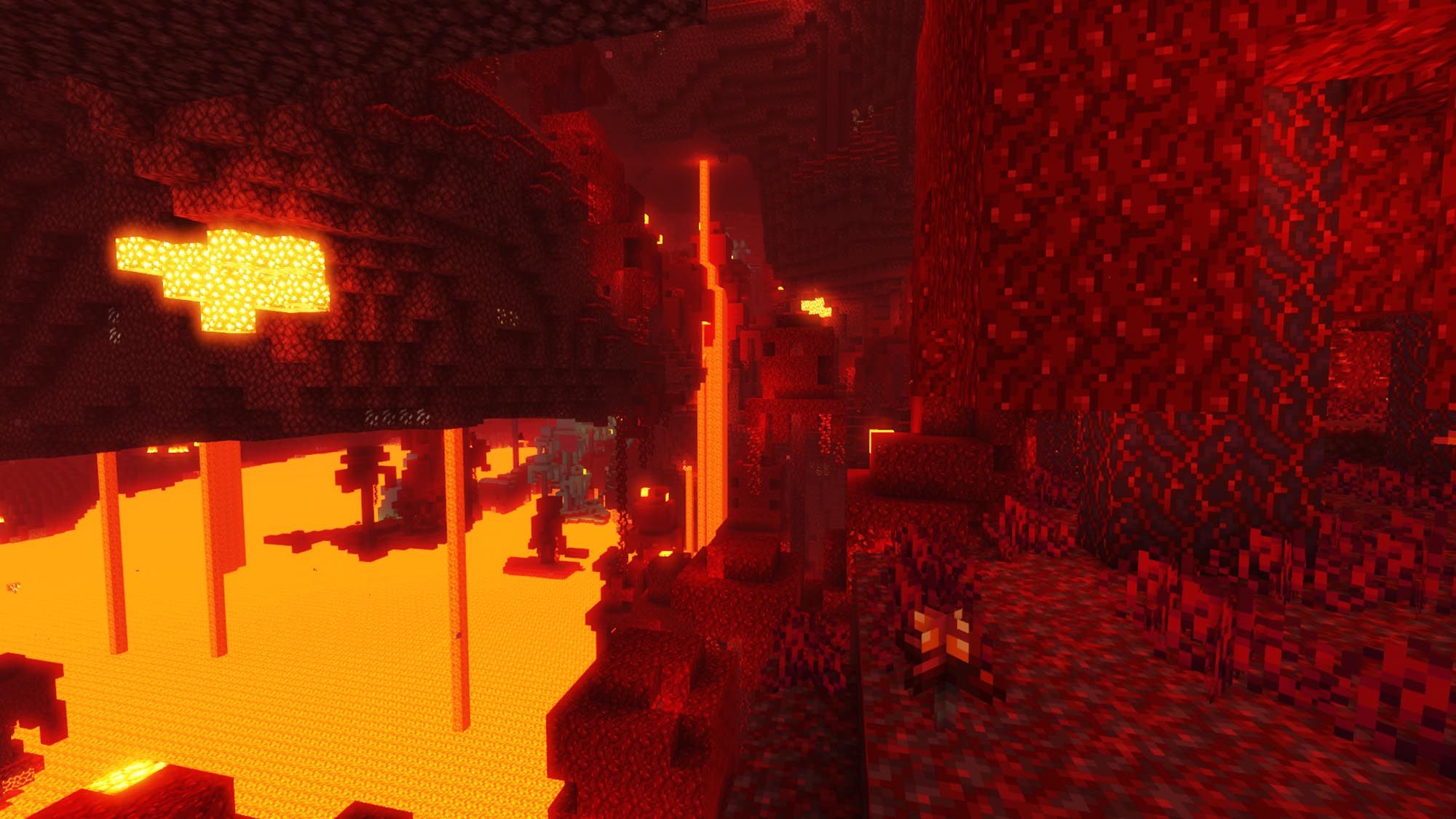 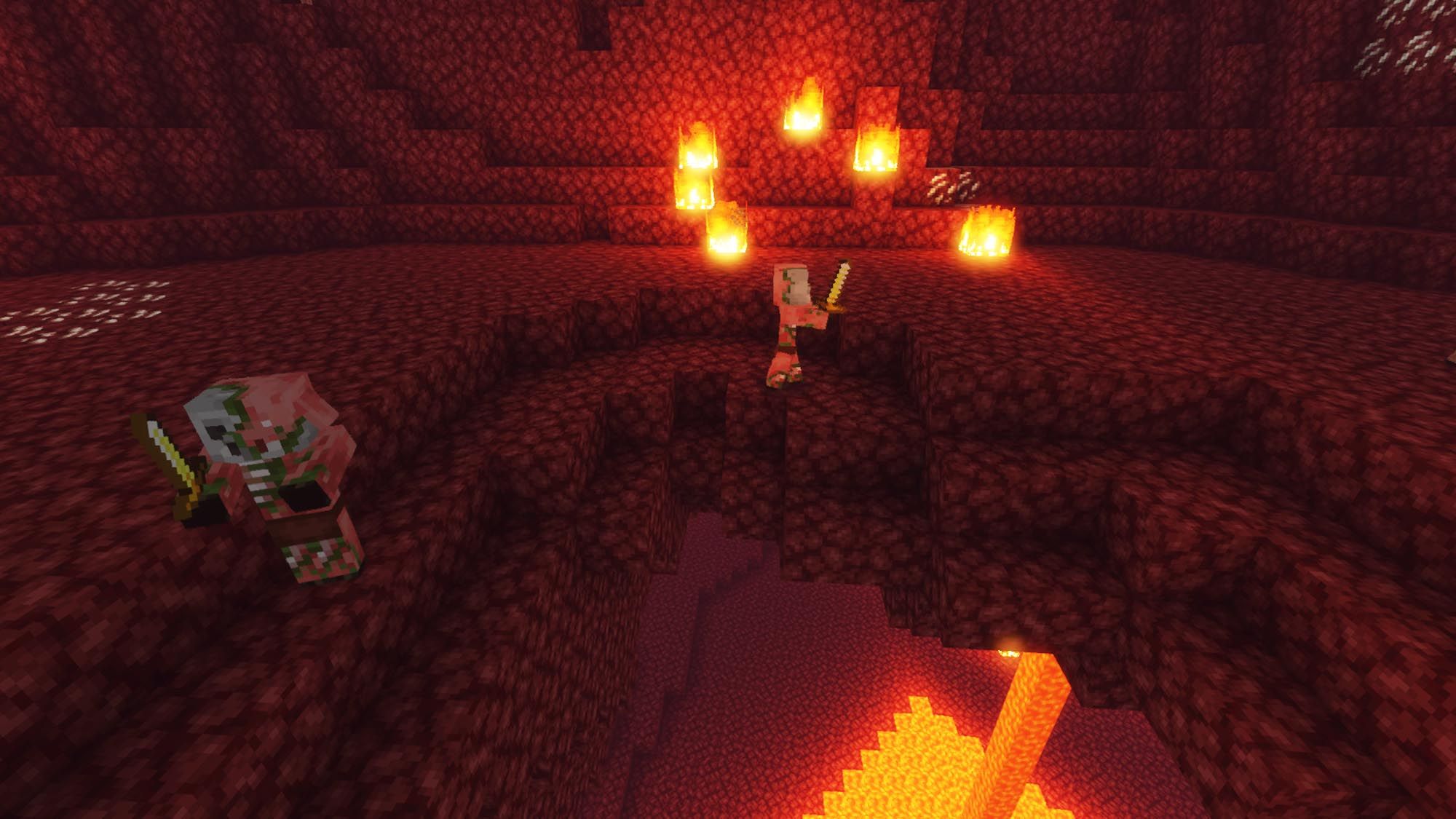 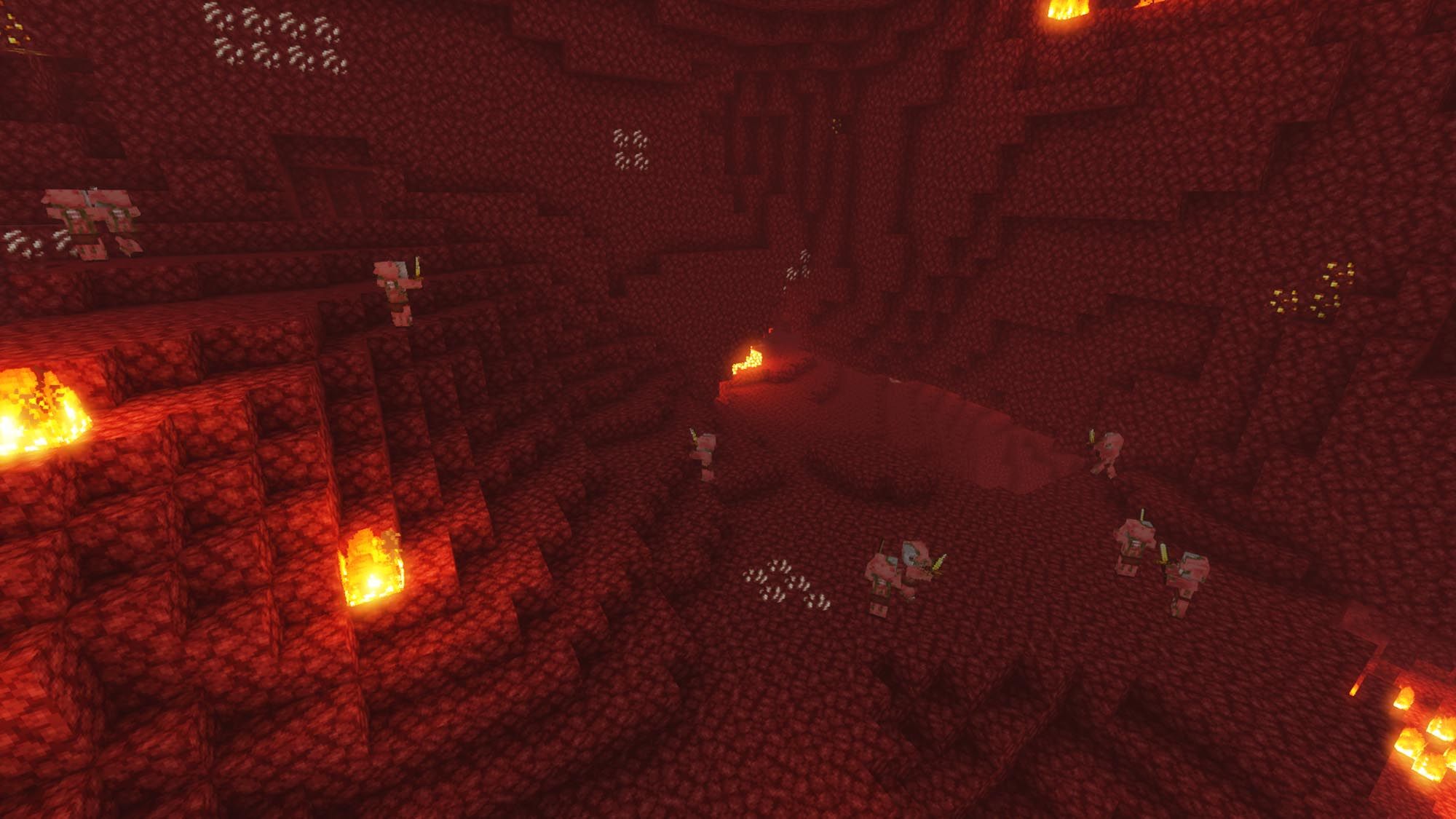 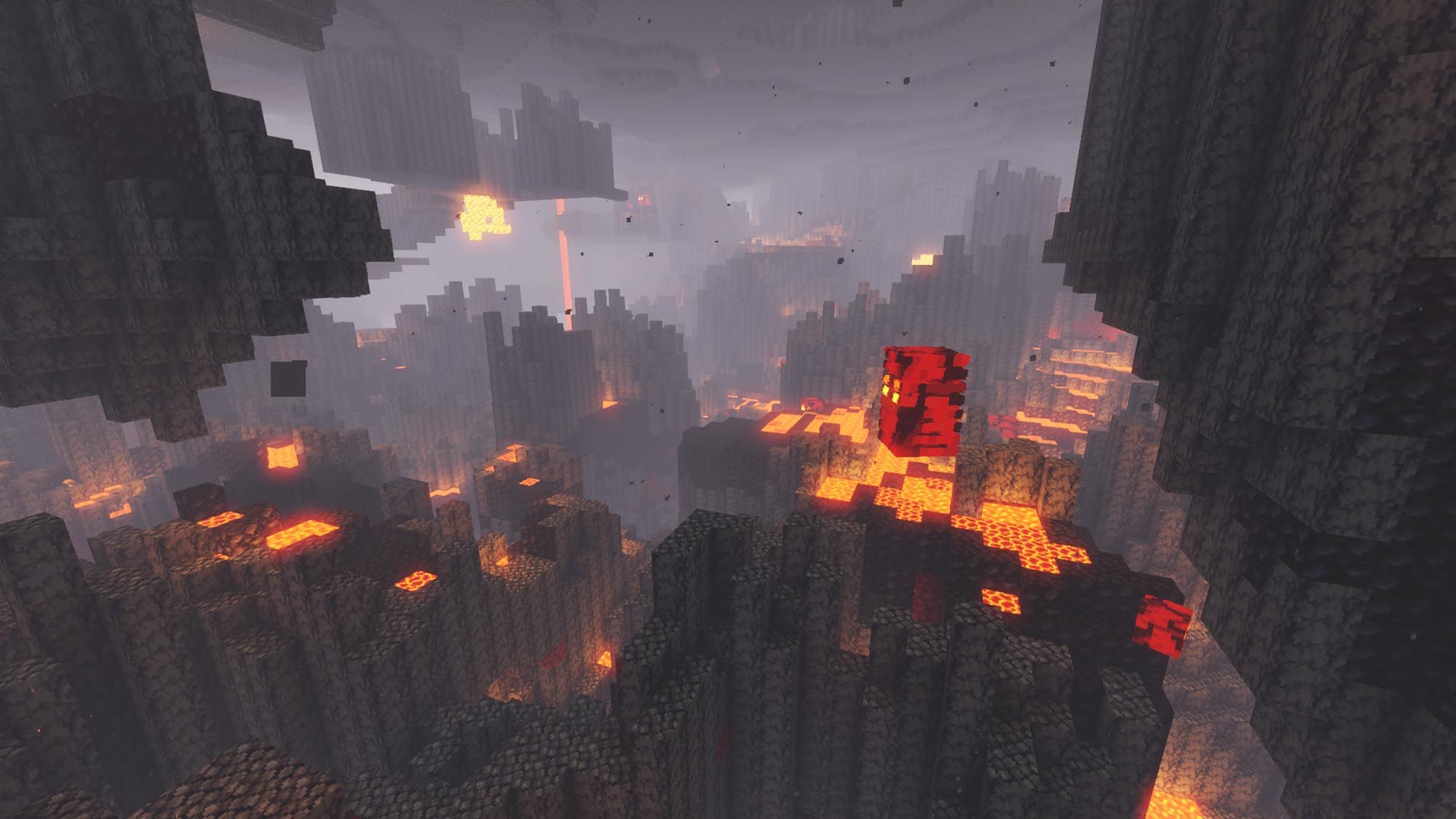 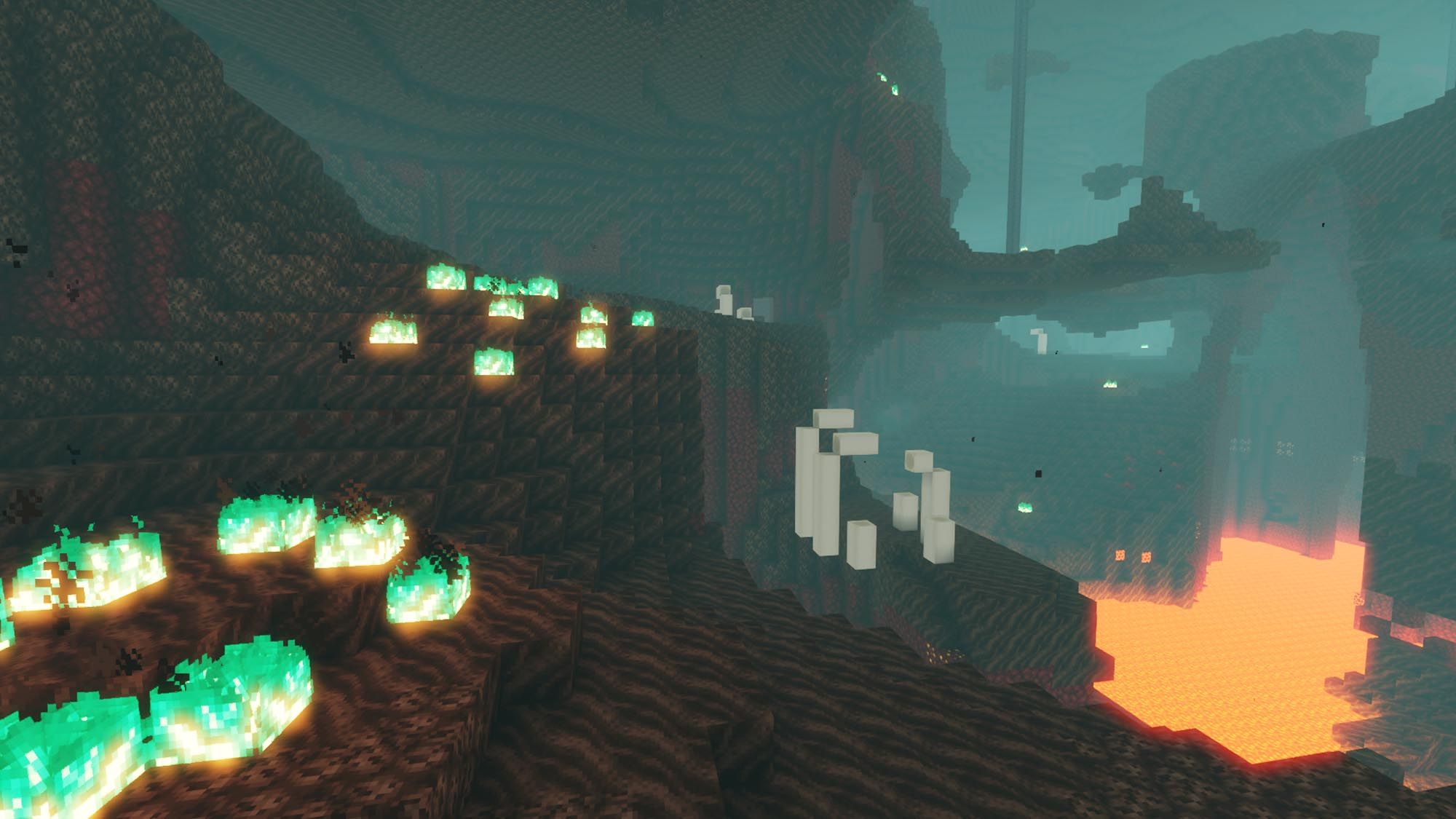 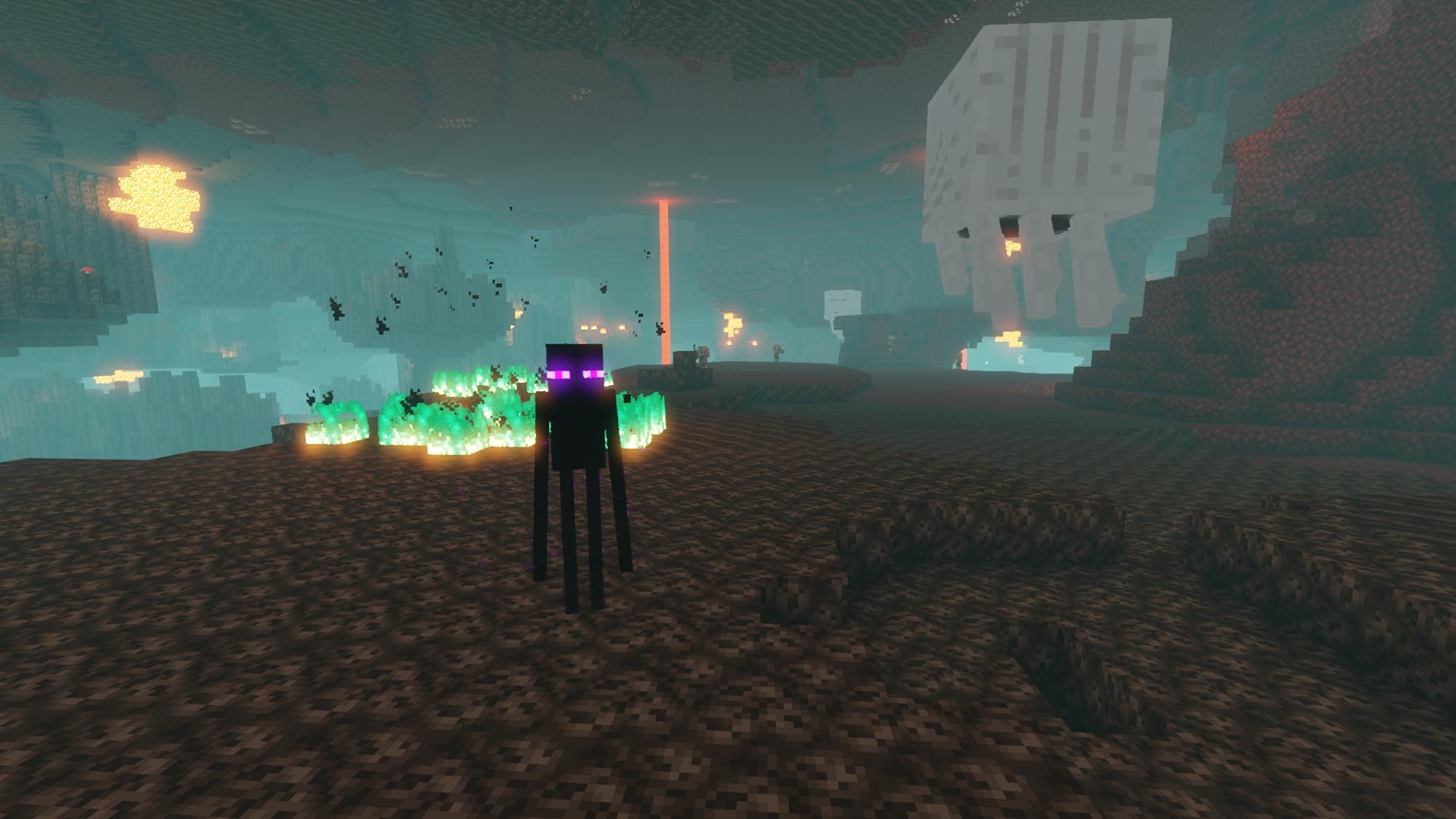 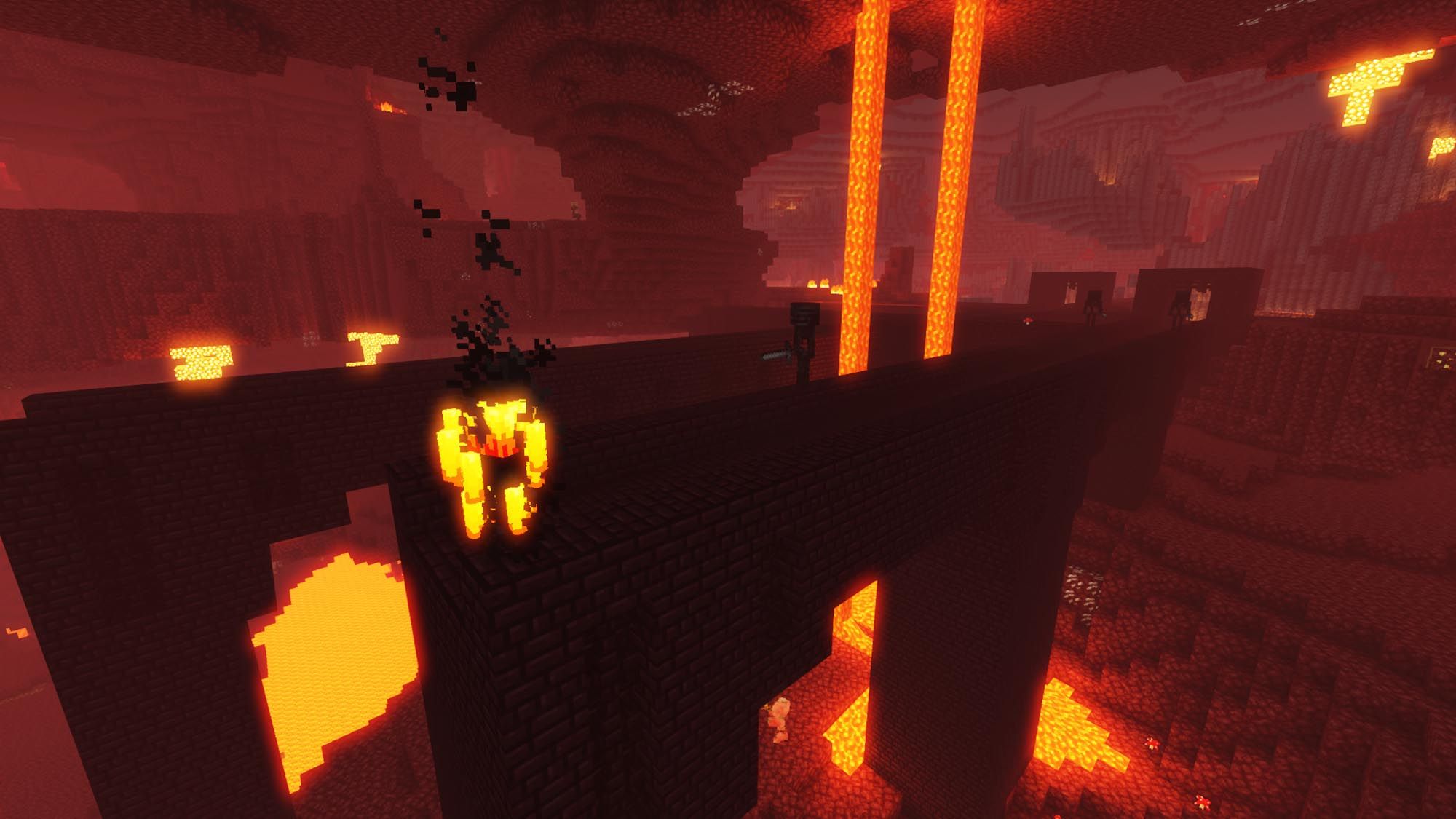 What would be an exciting dimension in Minecraft if you couldn't face some dangers and have adventures? There are plenty of them in the Nether as well. What you should pay special attention to now is quite simple: opportunities to find treasures and hostile mobs that could make your life harder.

Fortresses: In the Minecraft Nether castle you can find treasure chests and enrich yourself. Of course, there are also one or two achievements in the game. However, the most significant ones are the wither skeletons and blazes that you'll encounter. Fighting them is not easy, but it's worth it: at some point you might need the blaze rods to get to the End, where you'll defeat the ender dragon. So maybe the trip to the Nether is just one short stop in your speedrun?

Bastion Remnants: Chests of various types can also be found in these fragments of buildings! They can be found in the hoglin stables, treasure chambers, as bridge chests or other chests. Mobs can spawn here as well, so don't be too casual, you’re still in the Nether!

Endermen: You'll usually find these mobs in the End, but since they can teleport, they may have brought some nice blocks from their direct surroundings with them. As long as you don't attack them they are neutral.

Ghasts: Small creatures that shoot fireballs at you. If they hit a nether portal, they extinguish it, but can also reignite it. It's a funny gimmick, but thanks to these mobs you should always have flint and steel with you for safety in Minecraft's most fiery place.

Wither: They are the boss monsters in the Minecraft Nether! You can't naturally encounter them, you have to create them, using things like wither skeleton skulls. The fight is not easy, so be very sure whether you want to mess with them!

Living in the Nether

Have you had enough of the darkness and miss green trees? Then just go back through your portal. Minecraft also allows you to push animals into the Nether or transport materials on rails into the other dimension. So if you like it better down there, how about moving? As long as you can go without water and beds, it's no problem!

However you decide, or if you'd rather explore the vastness of the Nether first, it's easy on a Minecraft Server from G-Portal! Have fun!