Let's bring light into the dark together! Actually, the game takes care of that all by itself. Ever since Minecraft was released, the world has been flooded with light.

In general, you can say that MC light allows you to play at all. You can see the environment, plants thrive, and you have day-night changes that mimic the real world. So, you might ask what's so special about light in Minecraft, right? By crafting, you have a large number of options to create more Minecraft light sources for yourself. After all, besides the sun, there are also some Minecraft light blocks. Sure, some are more effective than others. This is related to the light level. Overall, however, this gives you a lot of options in the game!

With Minecraft Illumination Through the Seasons

The list of light sources in Minecraft is long. Almost as long is the list of blocks that let Minecraft light through without emitting it themselves. The list is probably also redundant because you already know most of them, have found, crafted and used them yourself. So why would you bother with something as simple as light in Minecraft? Quite simply, it can be fun. If there's a change of day in the game and different biomes that represent an icy landscape or a swamp, you can also adapt your in-game home to the seasons and your environment, can't you? And for that, the different Minecraft light sources are pretty useful.

Light Sources in Minecraft for the Spooky Autumn

When the colorful leaves fall outside your front door and the wind howls at your window, it's time to bring the spooky mood into play. A few pumpkins here, a maze of hay bales there, entrances to caves, warning signs and your home already looks suspicious. But what screams 'This is Halloween' more than the good old jack o' lanterns? It’s just part of the feeling. Then, there are candles that light up interiors or can be seen in windows of tall towers. Glowstone lighting makes the forest around your home look even more gloomy and mysterious shining through between treetops. In addition, you can get black cats, but the eerie ambience is created by the light alone. Building a second home in a snow biome during the cold months? Perfect! How about a small snowed-in castle with stone hallways that already look like they radiate cold? The only thing missing is the right lighting. Of course, the best option is torches on the walls or lanterns that can withstand the virtual wind. At night, it looks cool in the corridors and cozy in the individual rooms at the same time. A bed, an armchair, books and the torch ones the wall. If you want it a little more classy, use end rods that you can hang from your roofs like icicles. Creativity is everything when you're short on colorful fairy lights. 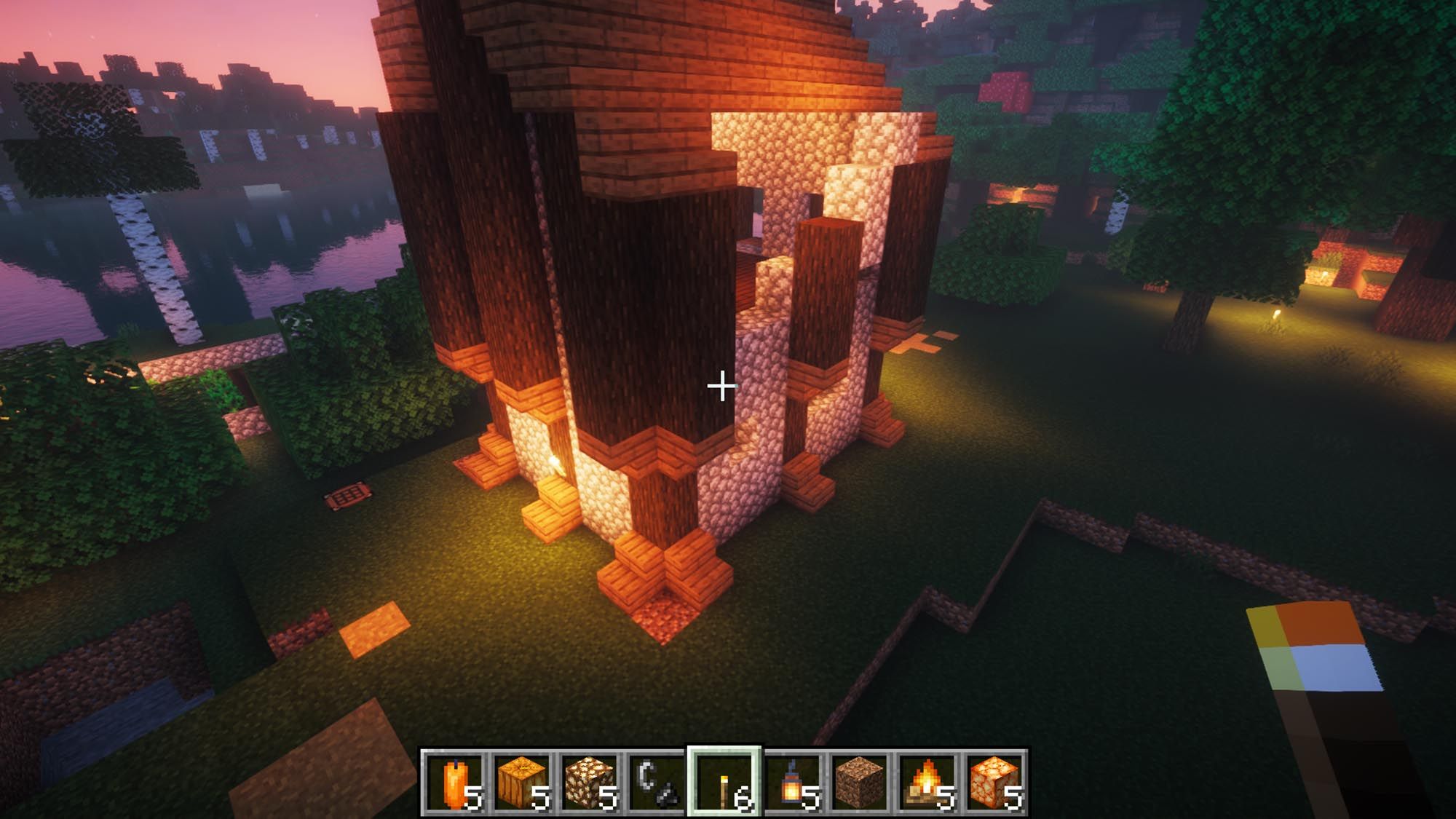 The first flowers are poking their heads through the earth, the grass is making an appearance again and the snow is slowly disappearing. It's about time that the spring mood arrives in the game as well! Sure, the torches in the corridors still add a mysterious touch. But move the lanterns outside into the woods! Build a place for a campfire where you can spend the spring nights with your friends. Glow-in-the-dark berries also look especially pretty when you place them on the ceiling of hallways or rooms. With fruits and plants, spring can begin and you can make the area around your house, castle or cave suitable. Enjoy the lights and ambiance before the warm summer arrives. Summer Adventures Even at Home with Light in Minecraft

Anything can happen in the summer. One adventure chases the next and the sun shines brightly in the sky. This literally screams good mood. So how about decorating your home to match your journeys through the world? A greenhouse with a floor made of sea lanterns looks almost magical. Around your house, scatter a few shroomlights that illuminate the surroundings and you can see the difference. How about separating two rooms in your house no longer by a boring wall, but by a colorful wall of froglights? It would definitely brighten everything up and make it look more cheerful. Just in keeping with the summer. Or maybe you'd rather add individual Minecraft light blocks, like the froglight or the sea lanterns to the outer walls of your home? No one sets any limits for you, but it's guaranteed to look awesome! And here's a tip: the right Minecraft shader will really make your game shine! 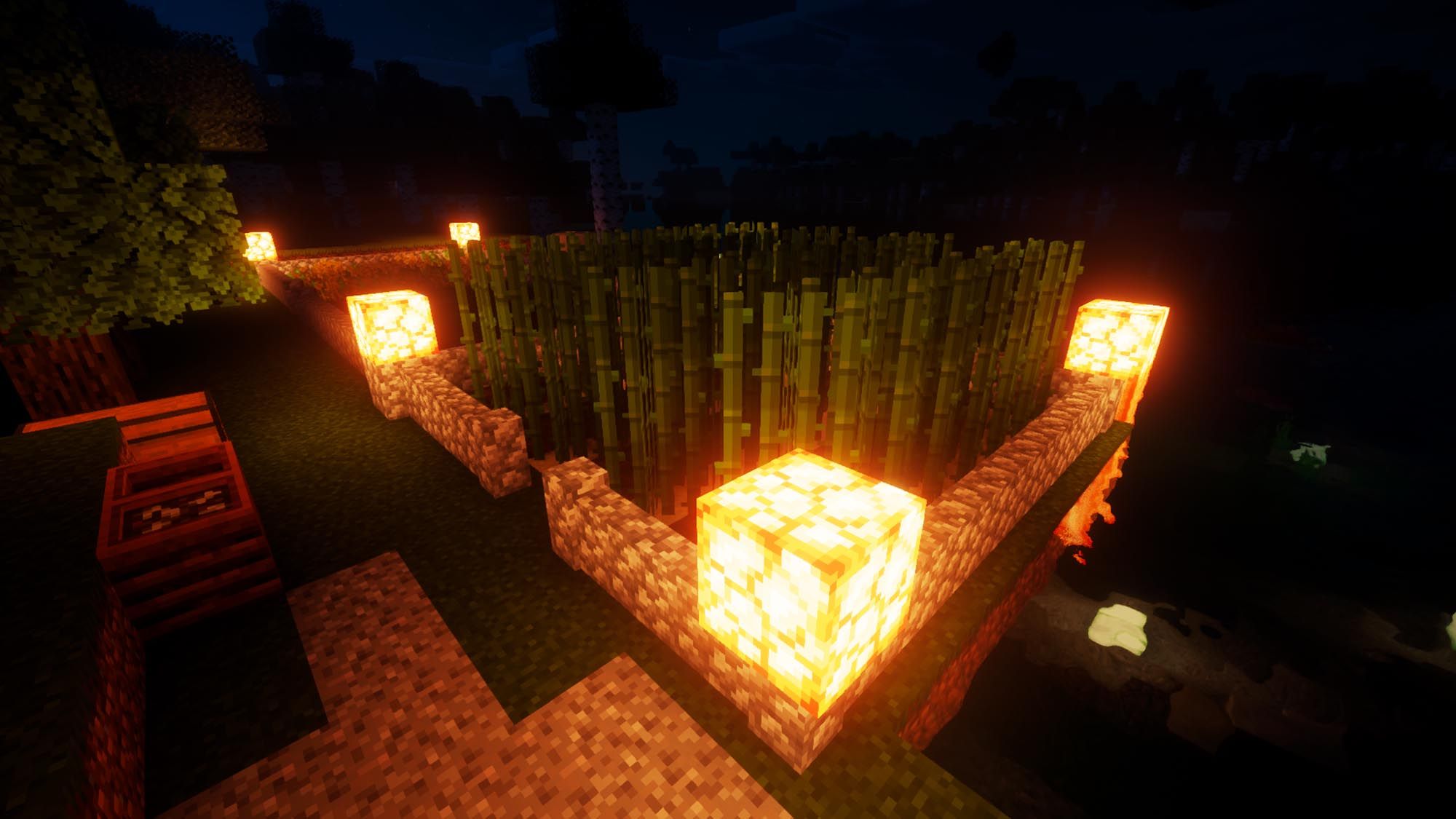 Minecraft Light Is Your Companion

Decorations and ambiance are nice side effects, but you probably already know the most significant function of MC light: protection. This may sound strange considering you can't build countless weapons out of light, but it's explained pretty quickly: Many of the hostile mobs avoid light, or even burn if the light level is too high. Especially in survival mode, you shouldn't underestimate this. It may not help you against flying arrows, but it is a quick alternative to at least create a spawn-free area.

Are you a bit late with the matching decoration or don’t know all of the light sources in Minecraft yet? Then, invite your friends to play together and start the construction site on a Minecraft server from G-Portal! Have fun!