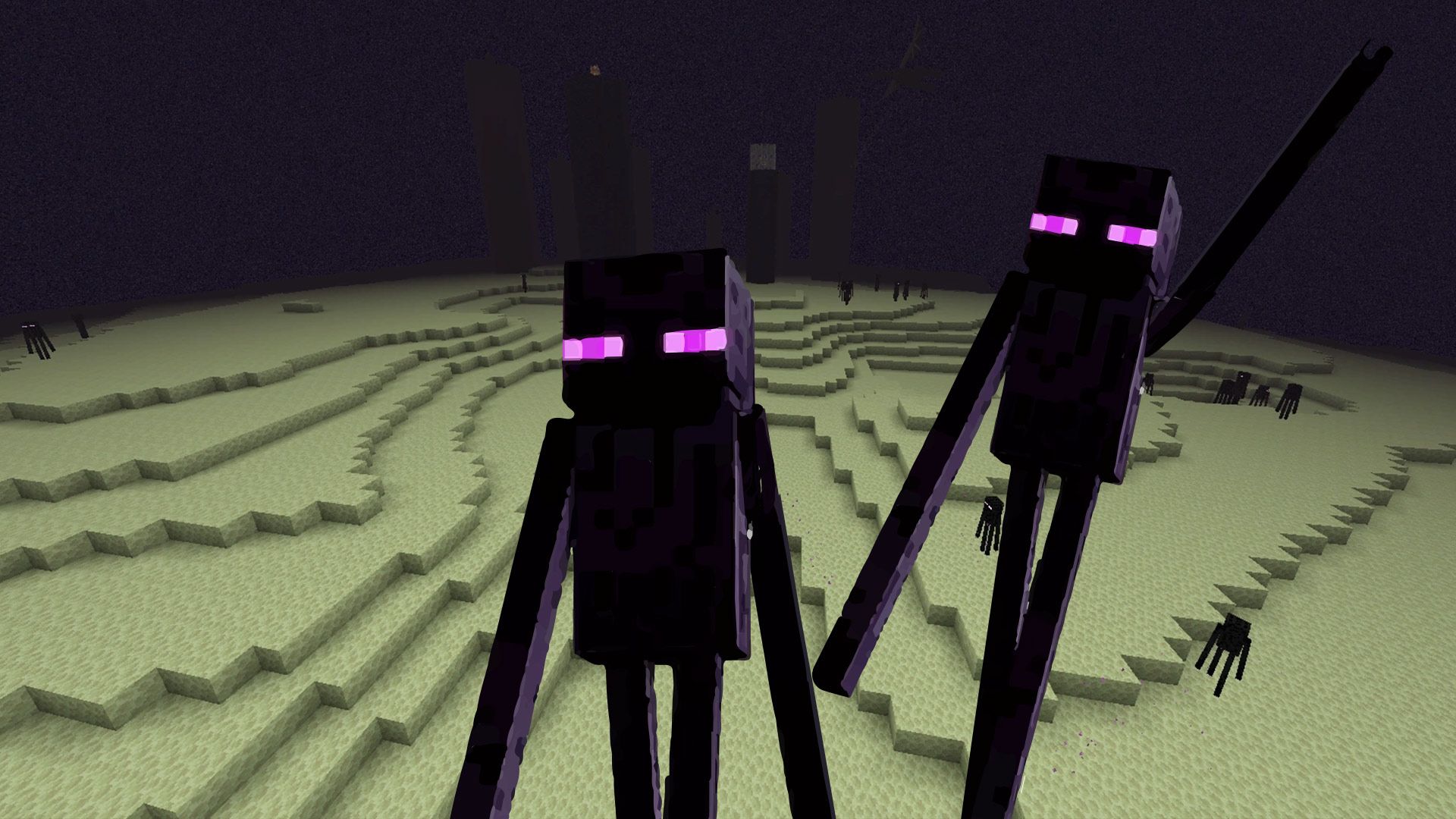 "The End" in Minecraft

Beyond the Nether and the Overworld, there's another dimension you can explore in Minecraft: The End. This is the place to be if you crave the toughest enemies, the best loot and even less color than in the Nether.

In the End, there is mainly emptiness, and quite a lot of it. On the few floating islands, Endermen and Shulkers, a unique enemy species, lurk about. And of course, the final boss of the entire game, the Ender Dragon. This is the only place where you can find and defeat this legendary opponent. If you too crave this excitement, want to grab the unique dragon egg or just want to see everything Minecraft has to offer you, The End is your destination. Here we'll show you how to reach this world and what awaits you there.

The journey to The End in Minecraft

Before you can travel the vastness of The End, you must first reach the dimension. To do this, you first need some Eyes of Ender. You can craft this somewhat eerie item from Ender Pearls and Blaze Powder. The Powder can be found in the Nether, Ender Pearls are dropped by Endermen or can be found in Strongholds. If you have a villager who is a master level cleric, you can also buy the pearls from them for 5 emeralds. In the Nether, Piglins also trade Ender Pearls for gold bars.

With an Eye of Ender, you can now find a Stronghold in the overworld, if you haven't done so already. Caution: Fortresses in the Nether are not suitable for traveling to The End. In each Stronghold, you will find an end portal with 12 blocks, all of which require an Eye of Ender to be active. So, be prepared to defeat many Blazes and Endermen! Depending on the Stronghold, some of the blocks may already have an eye but the exact number depends on chance. If you find a portal with 12 eyes, you've hit the jackpot, as the odds of this happening are only one in a trillion. If the portal is active, you can travel to The End. But this is only where the adventure truly begins. 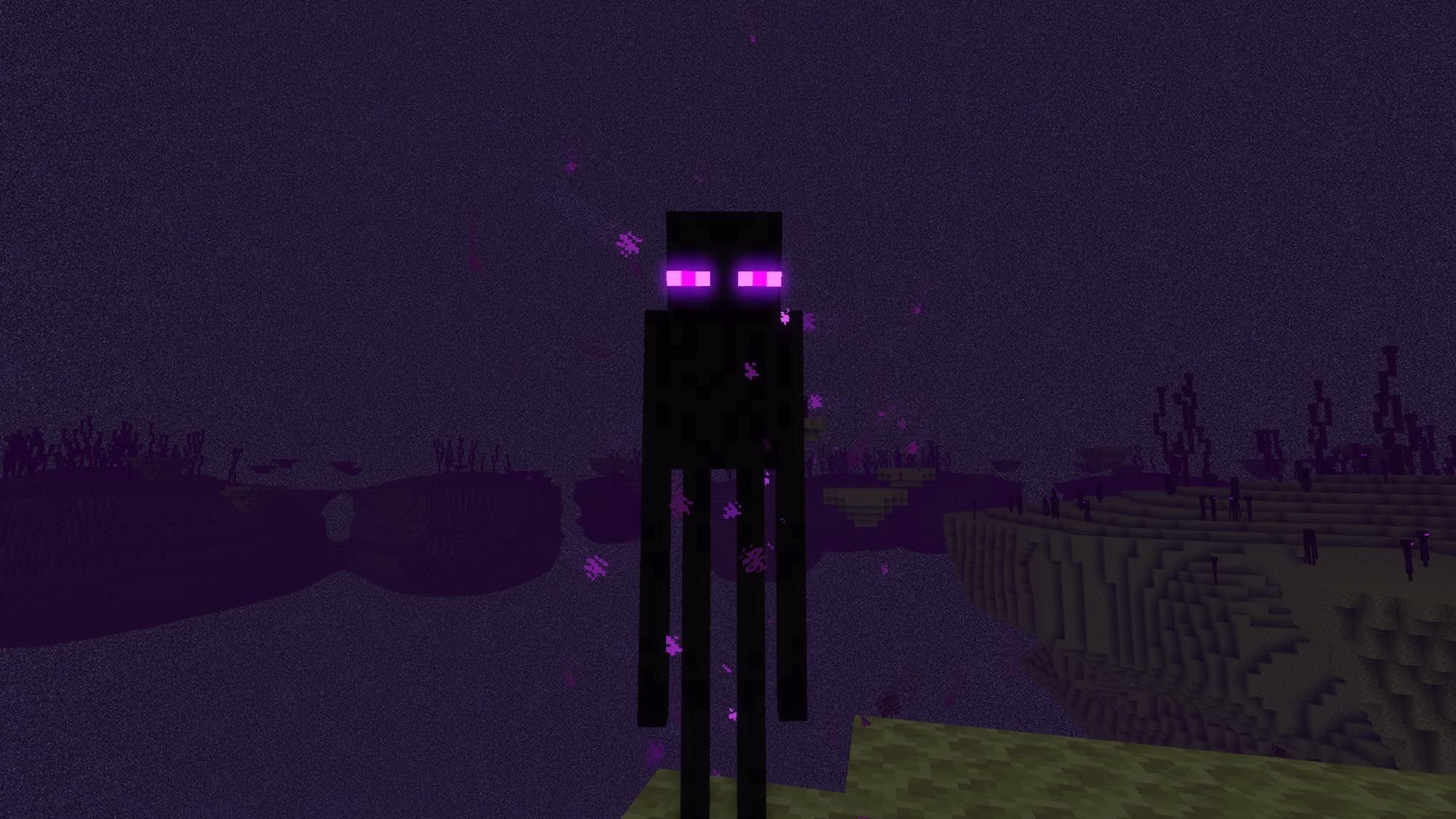 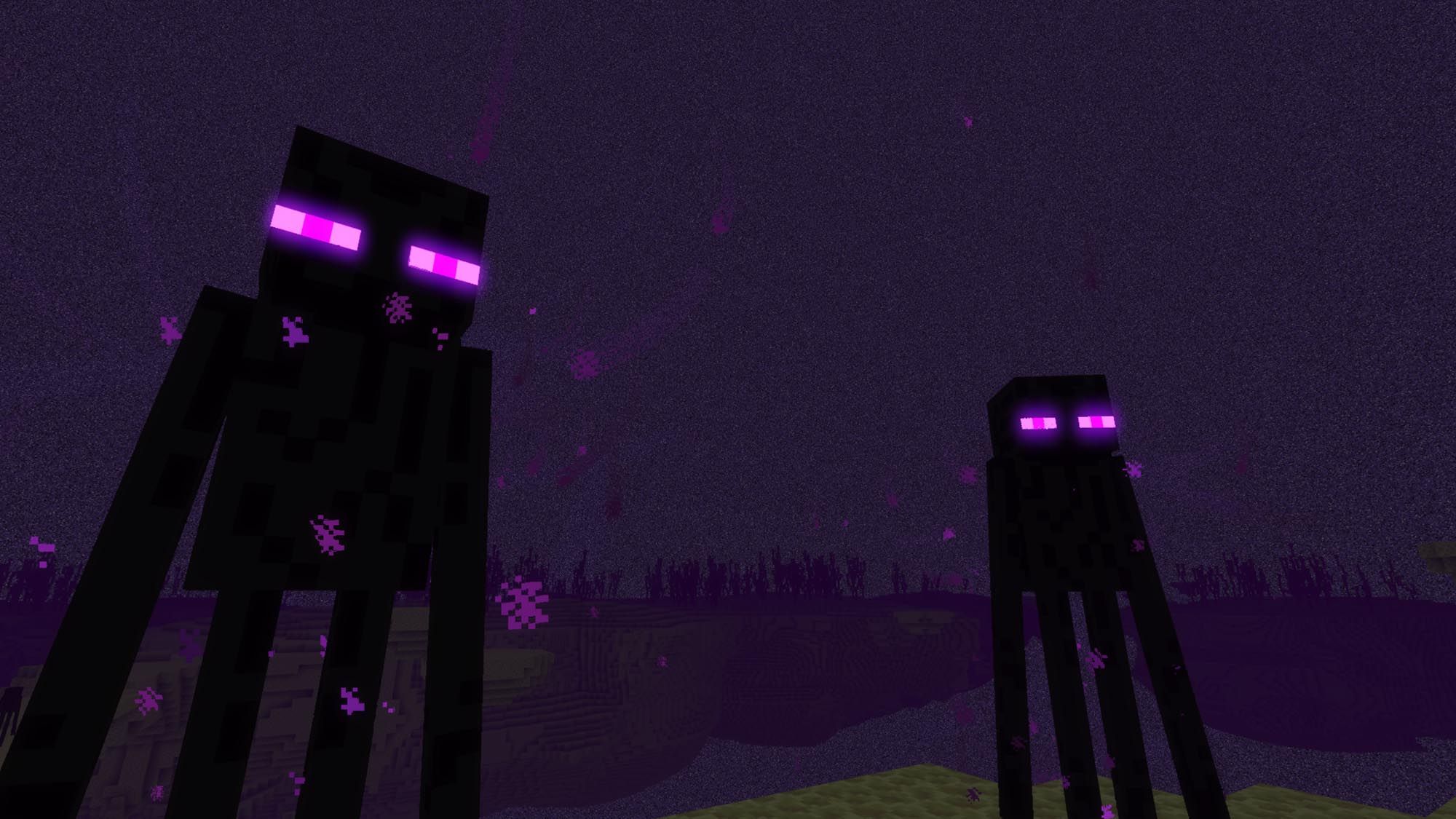 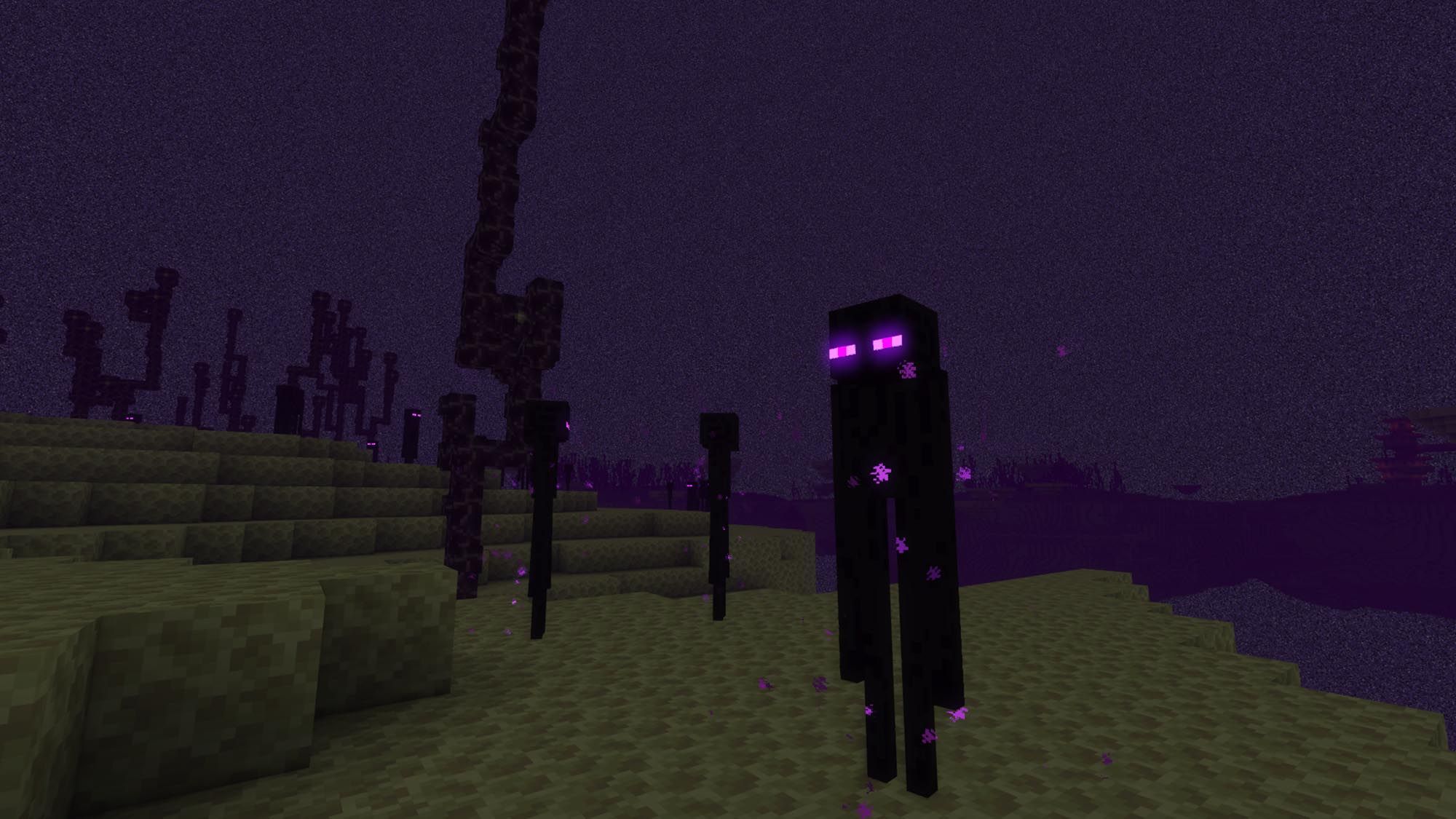 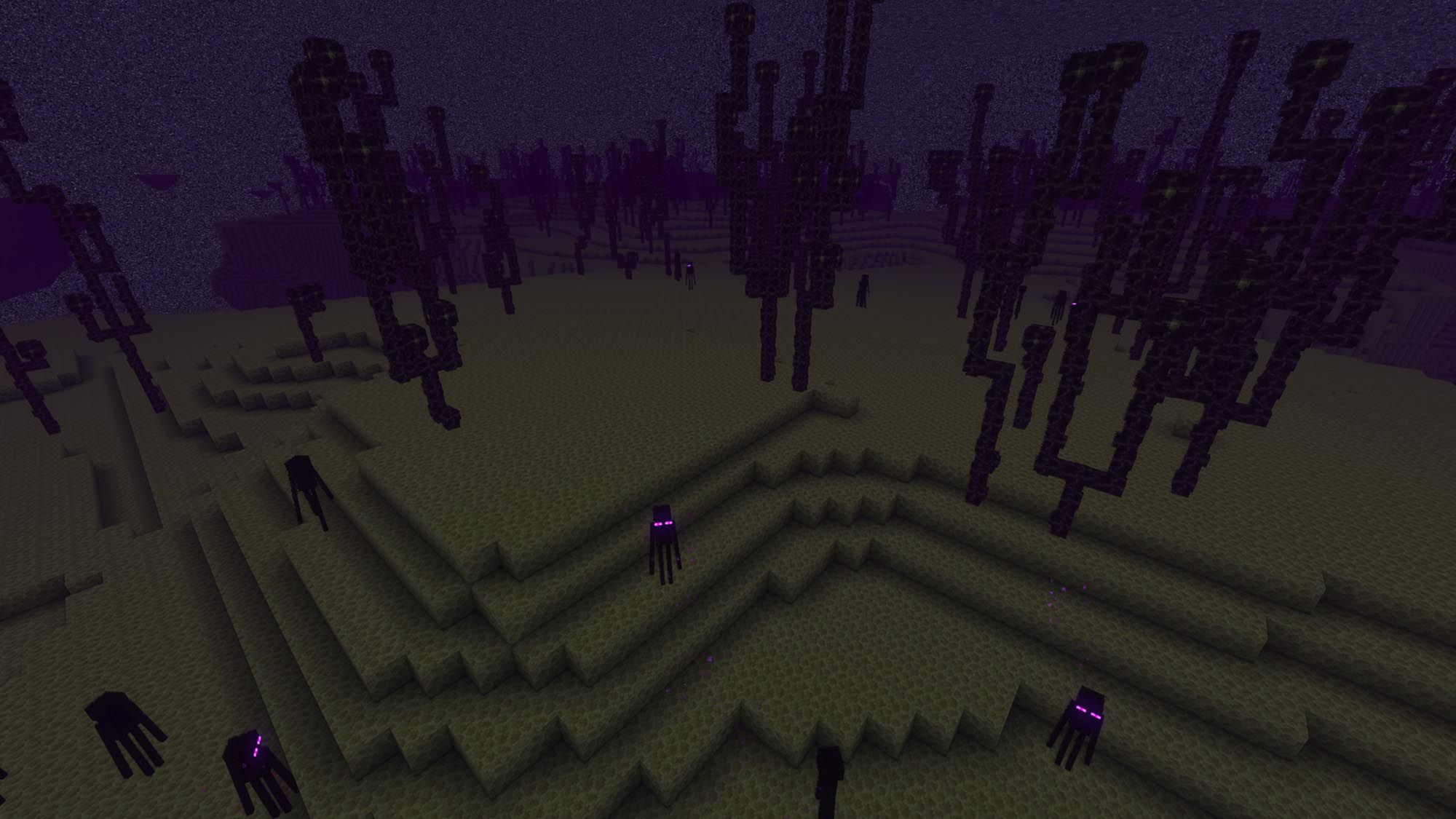 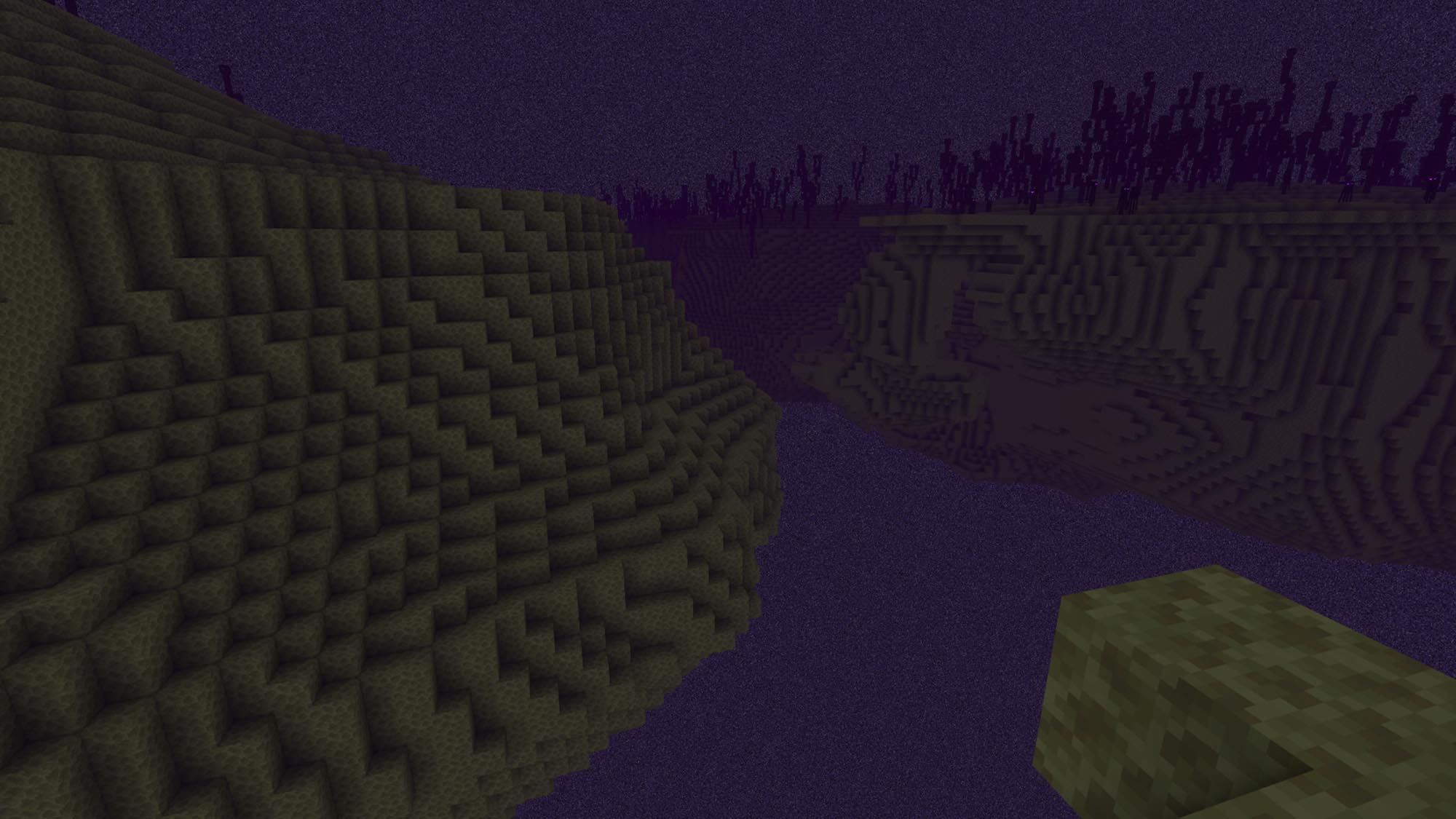 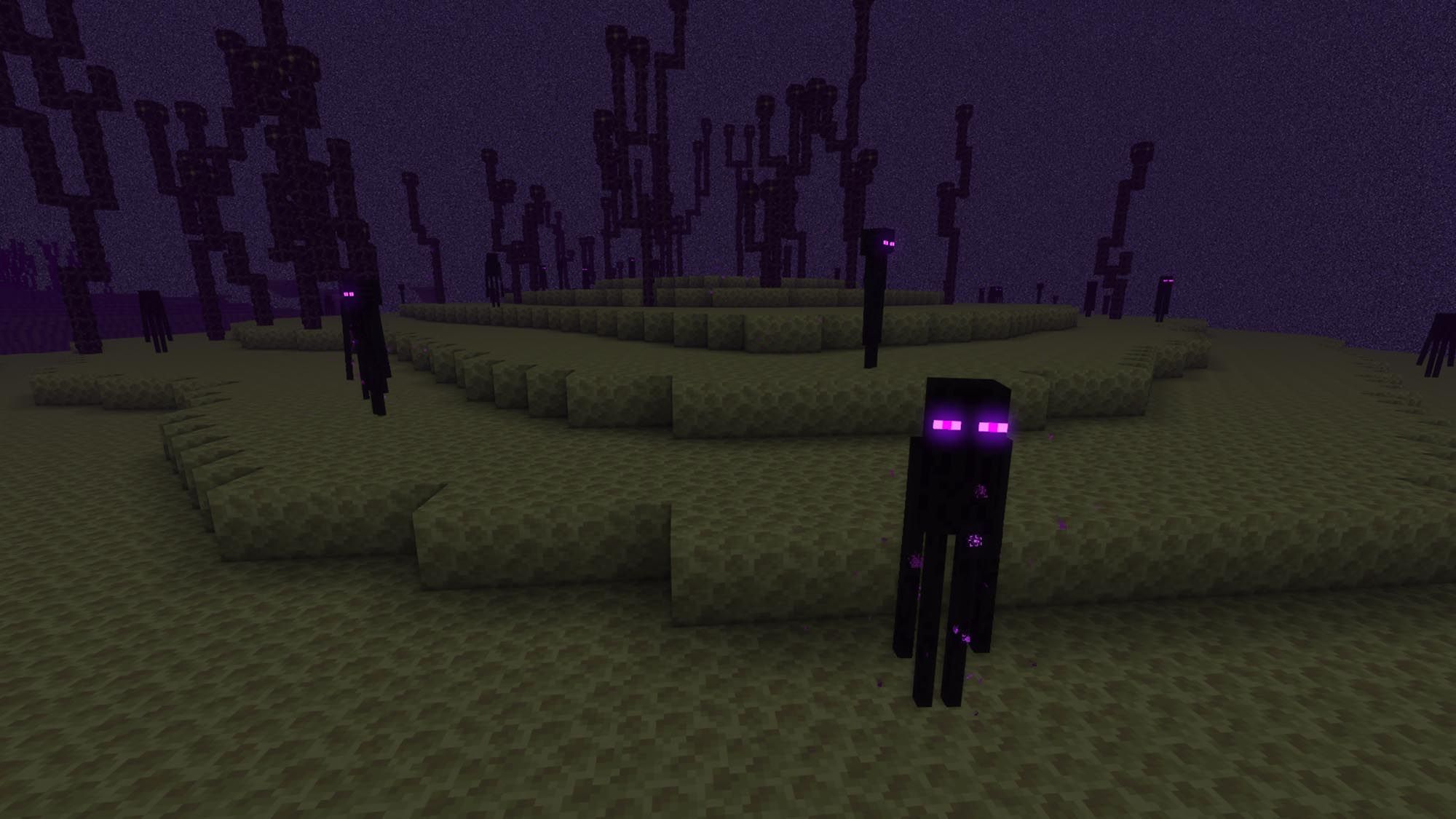 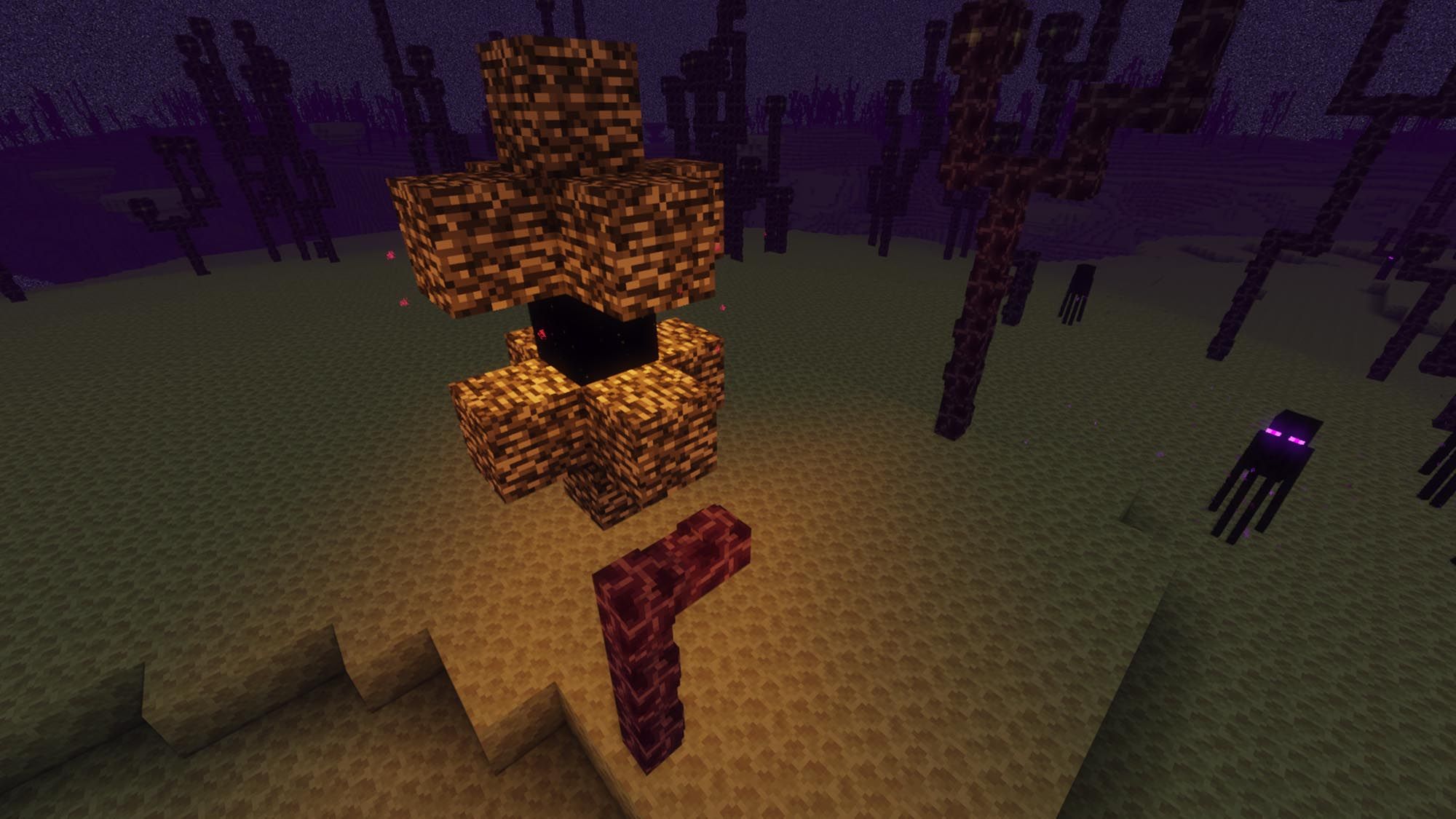 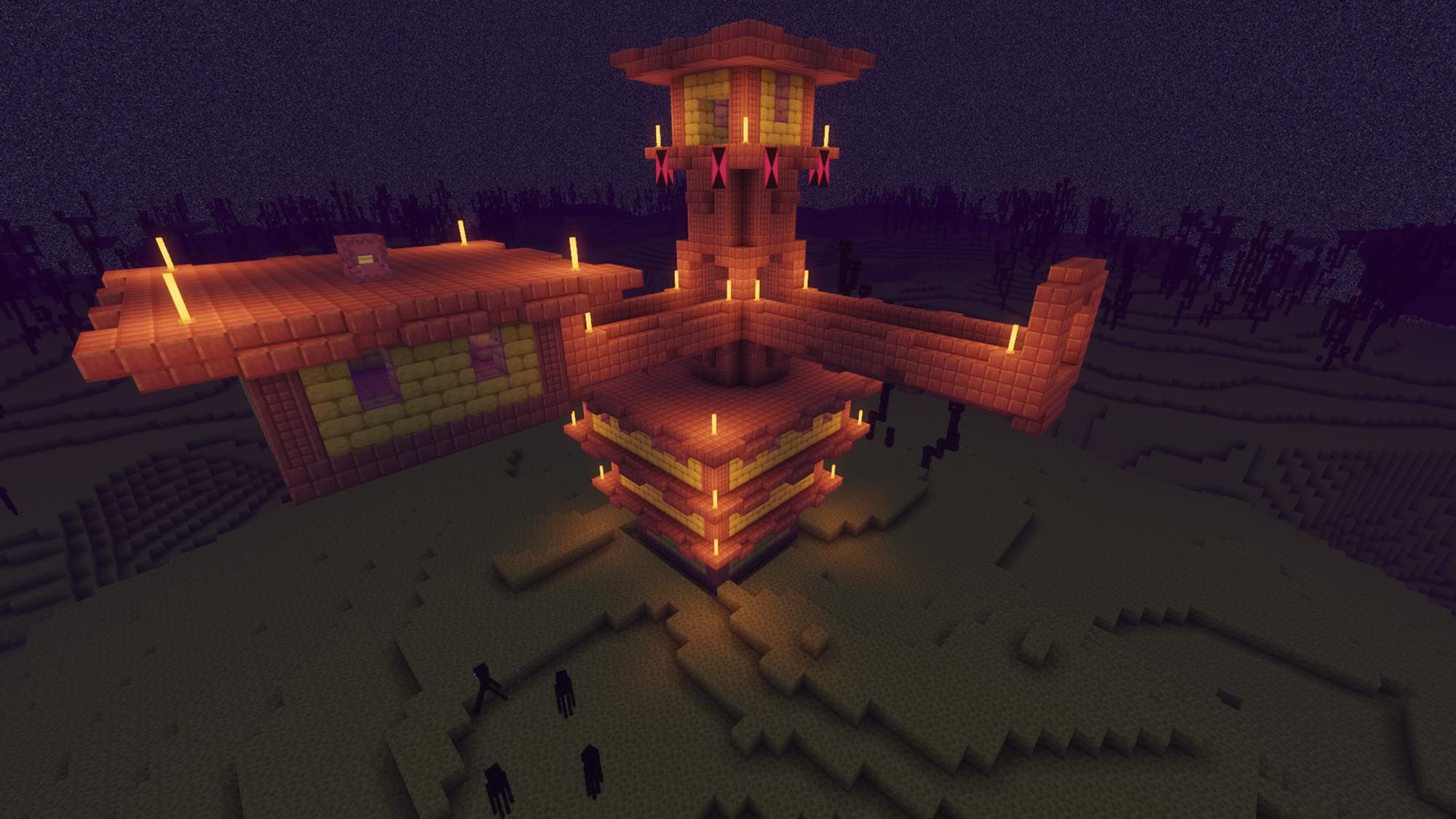 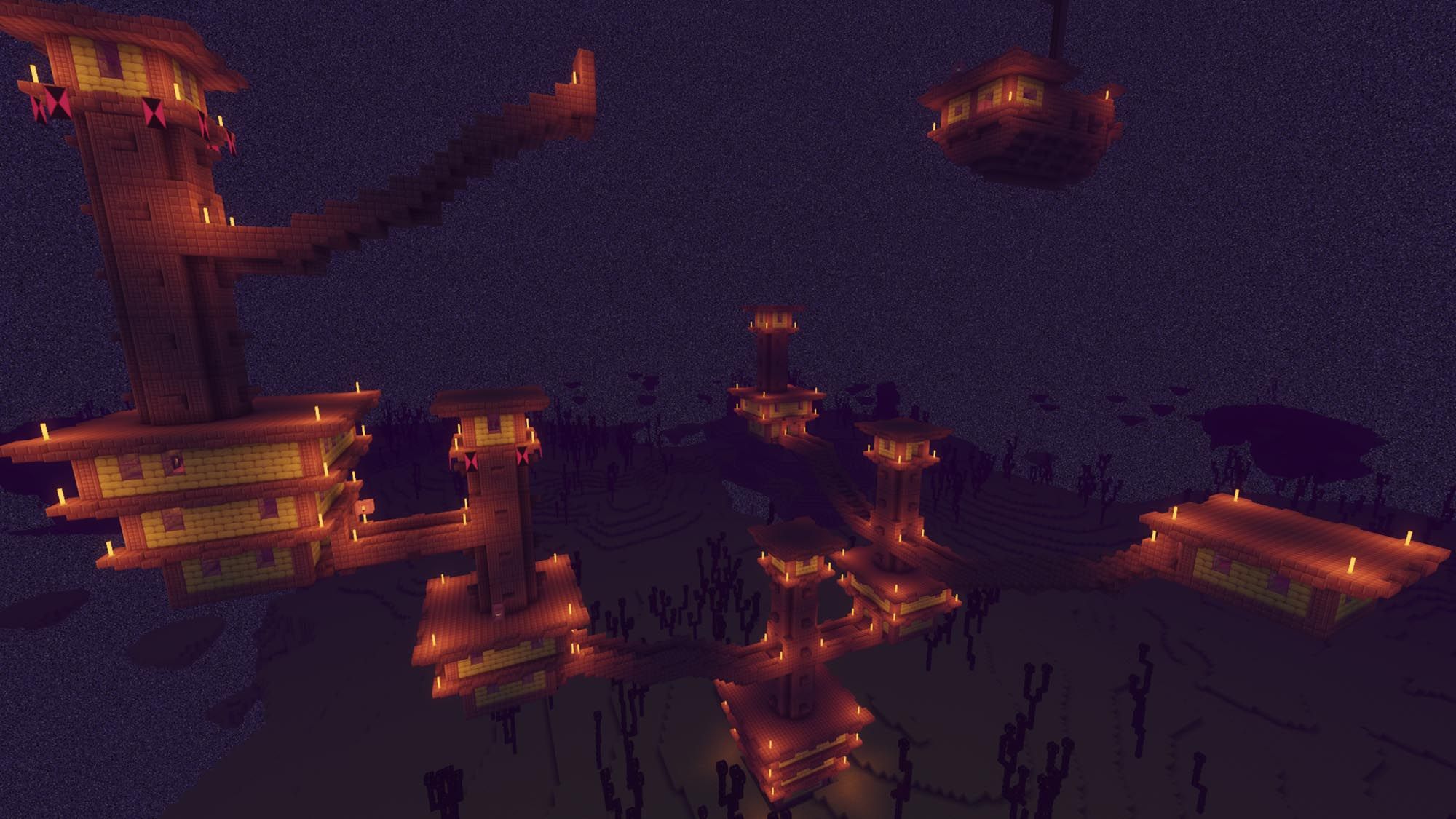 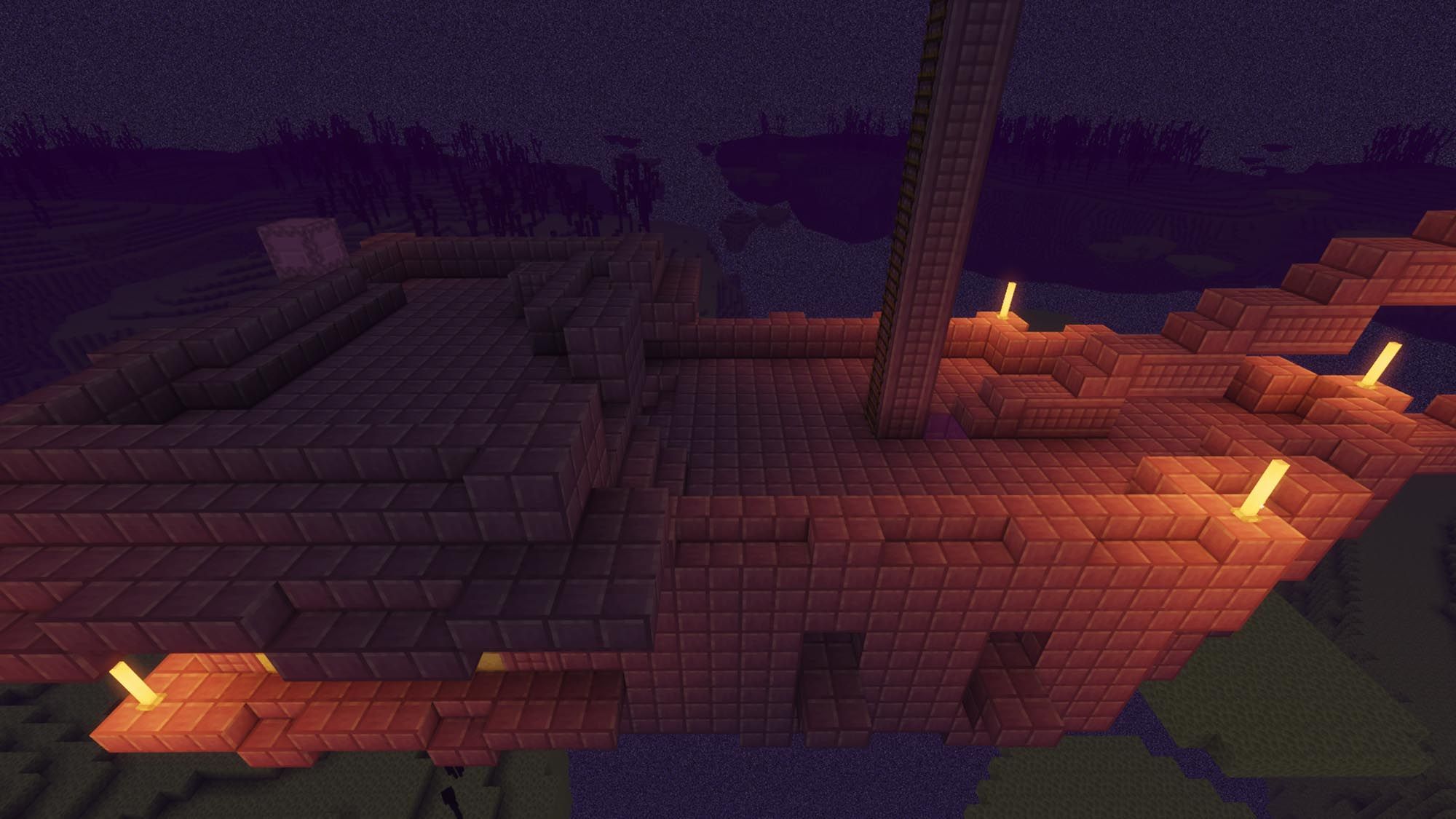 What awaits you in the Minecraft End World

In The End, like in the Nether, there is no weather or time of day, the black sky is always the same. The only plants in the end are chorus plants, of which entire forests can exist on the islands. Like the Nether, the End has some peculiarities that you should remember:

In The End, you will also find several unique materials. These are, firstly, end stone, the type of block that The End is primarily made of. This material is extremely hard and is therefore considered a good base for battle mechs. End stone can also be used as a building material, but is otherwise only useful for growing chorus plants. These plants are the second unique material in The End. Fruits or purple blocks can be obtained from them. These are not as hard as Endstone, but give your building a characteristic look. So, if you want to live like in The End, build your house out of purple blocks!

If you jump through the Ender portal, the first place you'll land in is the main central island in The End. Minecraft has many well-known enemies, but even more famous than zombies and creepers is probably only the Ender Dragon. This majestic creature is the first enemy the player encounters in The End - and probably also the last. As the boss enemy of the game, the Ender Dragon is no easy prey and has already driven some players quite mad. And that's not all: as if the flying lizard wasn't enough, the player has to deal with several Endermen at the same time. So you can't prepare enough for this fight if you want to have any chance of winning.

Once the Ender Dragon is defeated, the Exit portal is unlocked and the player can travel back to the Overworld at will, waking up at the current spawn point. Also, this unlocks the Egg of the Ender Dragon, which you can only get once per save game. This decoration is therefore clear proof of your heroic deed and should not be missing in any house. It also unlocks a final transit portal that allows you to teleport onto the surrounding islands.

Theoretically, you can also escape the fight against the dragon by fleeing to the surrounding islands. However, you have to cross the 1,000 block long void and build a footbridge while an army of Endermen and the Ender Dragon are trying to get at you. Still, if you move far enough away from the main island, the dragon won't follow you and you can freely explore the other islands. A return trip to the Overworld isn’t an easy task, though, as the portal to the Overworld only becomes active as soon as the end dragon is killed. Otherwise, you can only get back by throwing yourself into the void and arriving at the spawn point. 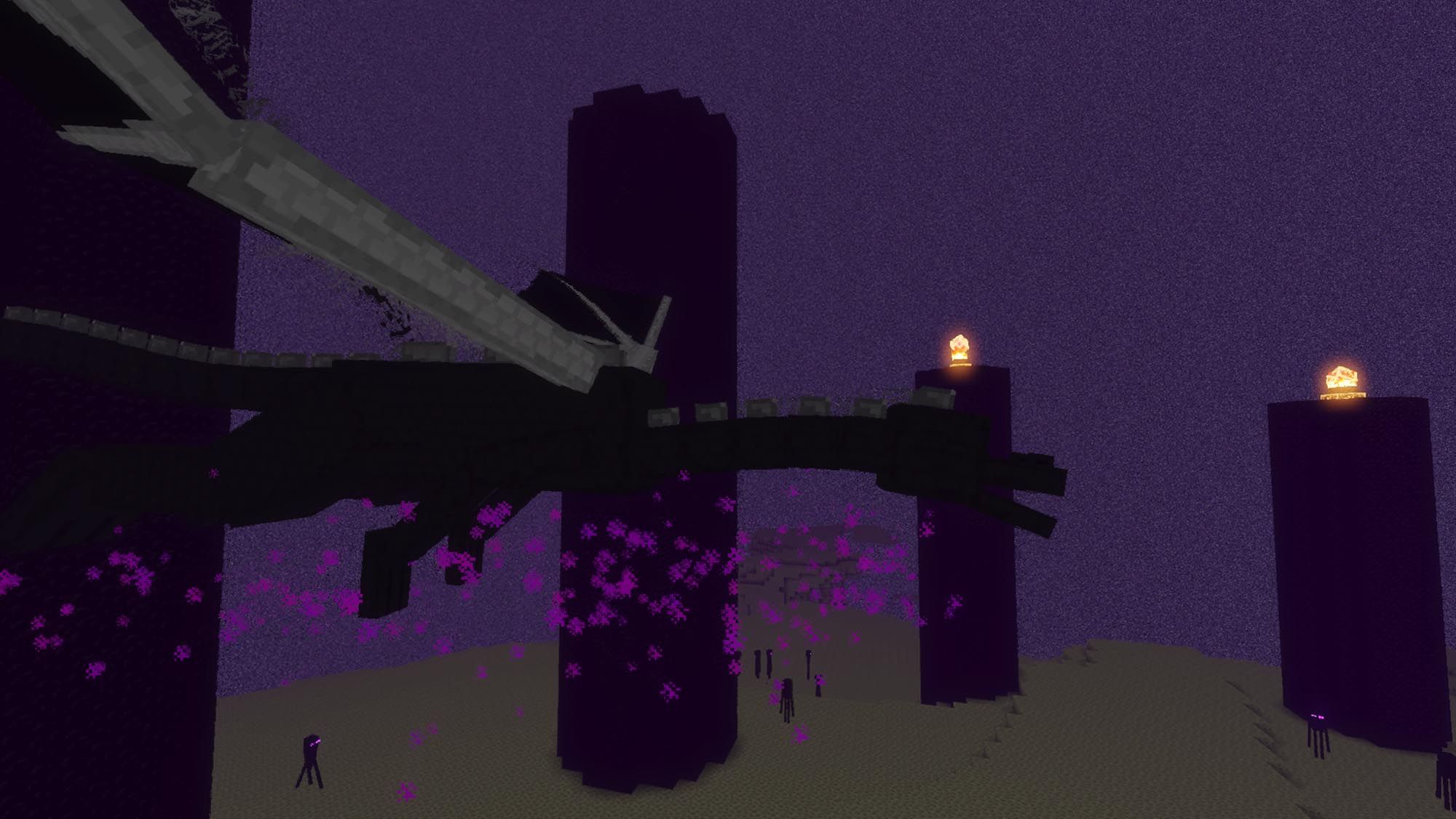 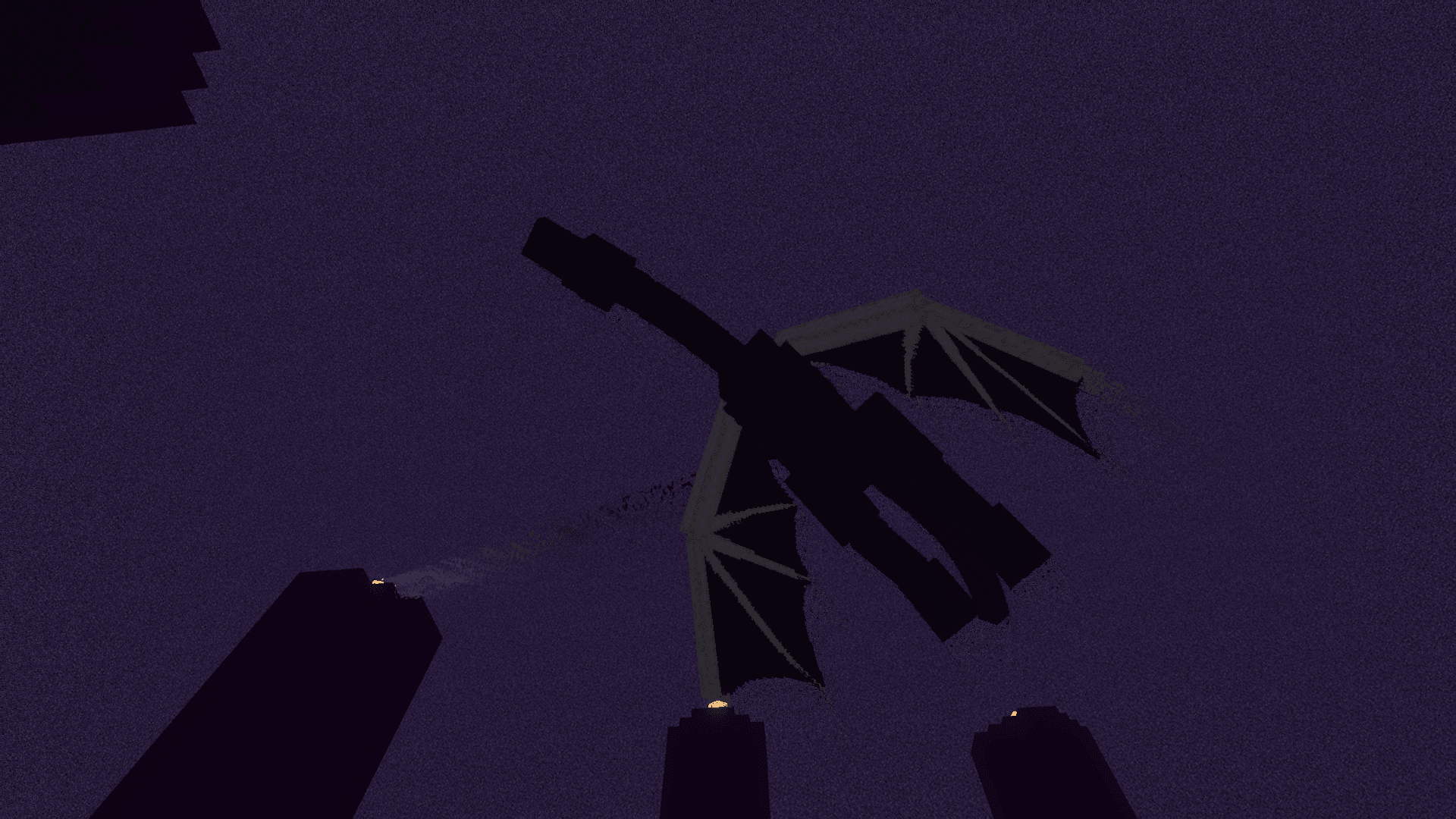 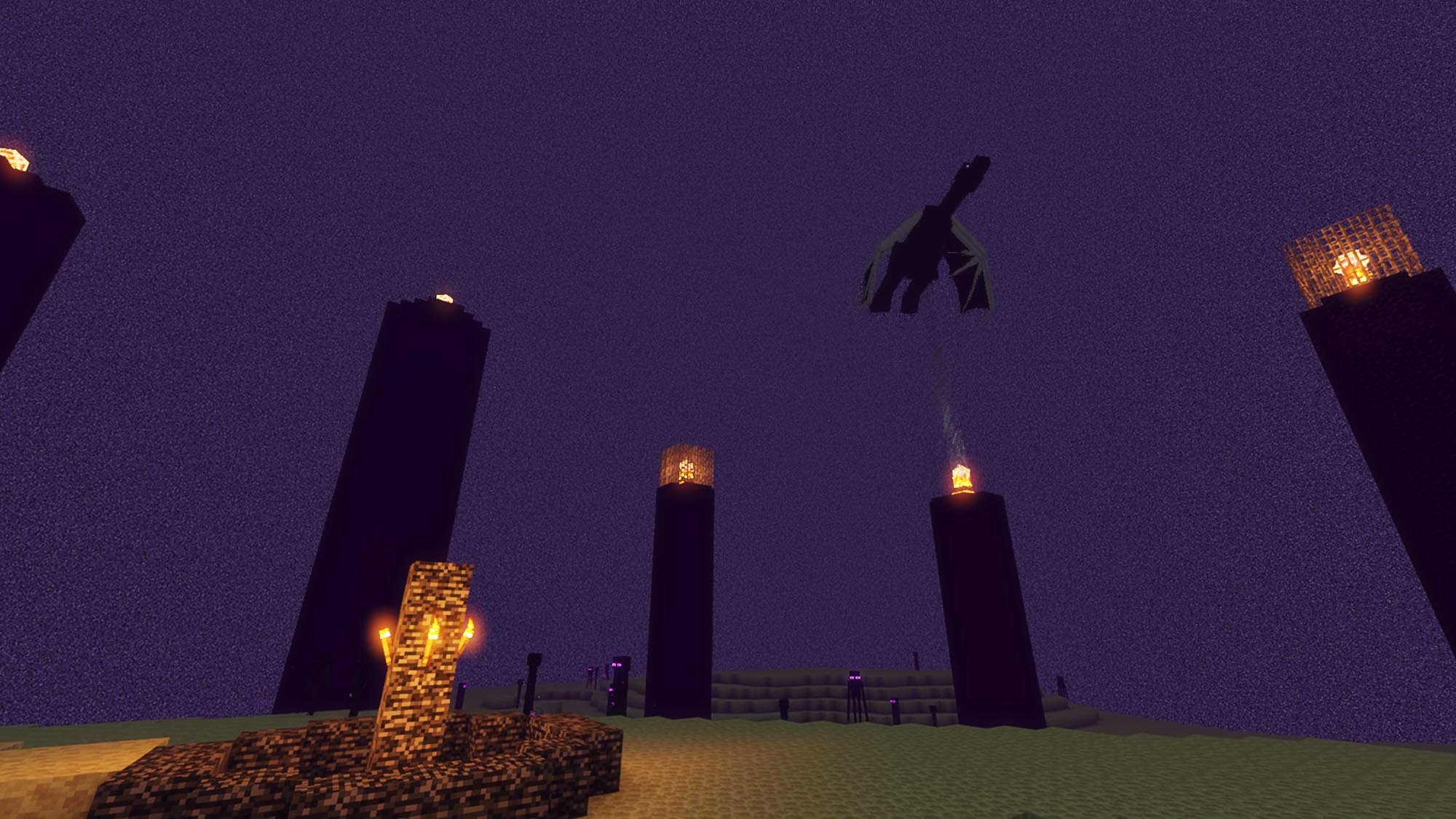 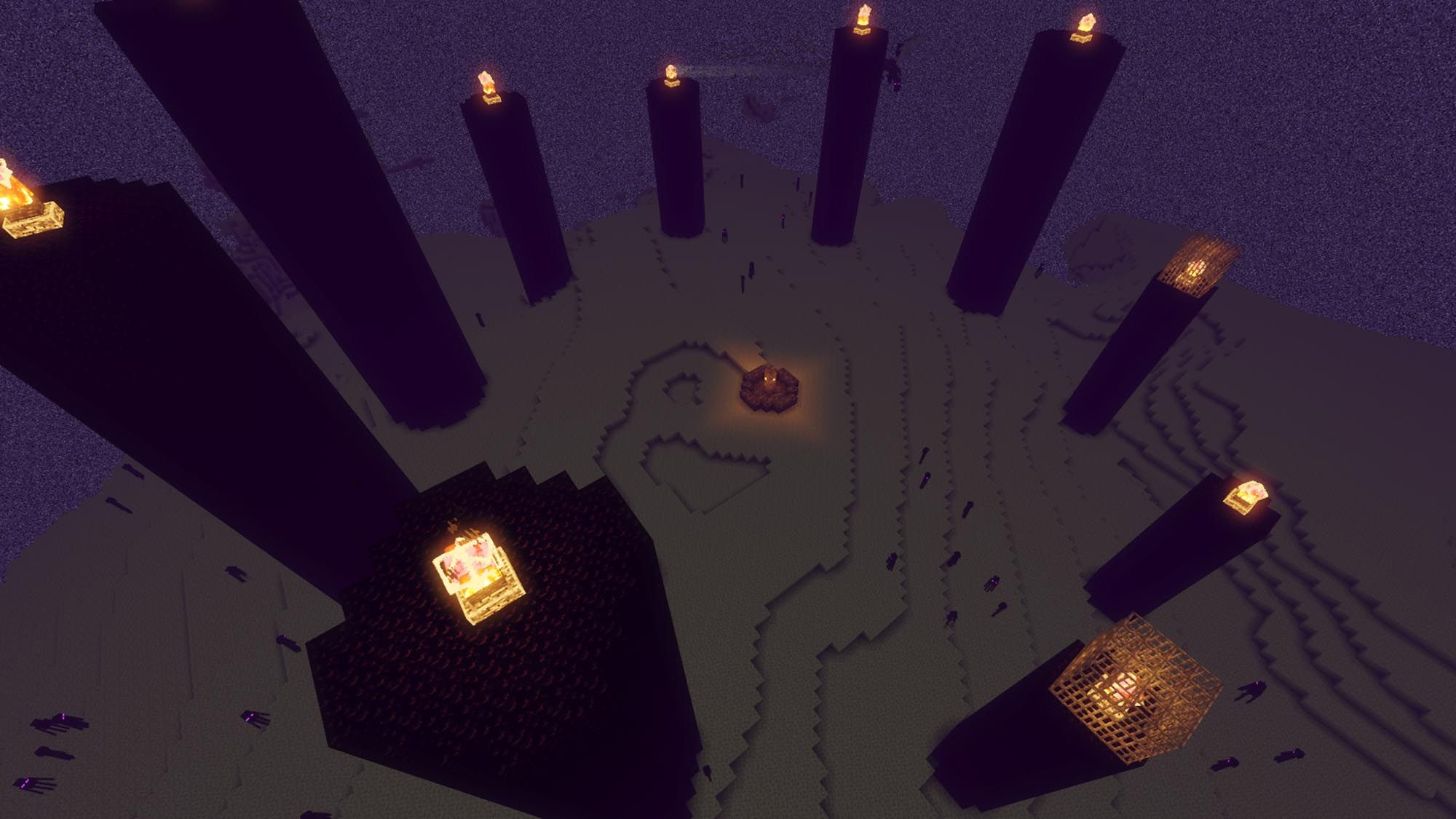 The biomes in The End

Biomes exist in The End as they do in the Overworld, though those in the End are little different from each other. In fact, the biomes have no effect on the game and only serve the purpose of properly representing The End. The only important thing to know is that there are End Cities in the middle of the individual land masses. These tall settlements are a true treasure trove and, along with the end dragon, the main reason for traveling to The End. Here, you will find treasure chests that can contain very valuable loot, including diamonds, gold bars, and enchanted iron armor or enchanted diamond armor. In the End Cities, you can also find ships if the town is large enough. Inside these ships, besides two chests with massive amounts of loot, there is also a pair of Elytra. With these wings, you can glide through the air and move very fast through the world. But to find these treasures, you have to deal with the hostile environment in The End and with a unique type of enemy: Shulkers.

Shulkers (Shell lurkers) are clam-like enemies that live in the End Cities. Shulkers are nearly indistinguishable from their surroundings when closed, take little damage, and can teleport. They are immune to fire, knockback, and thrusting, and attack from up to 16 blocks away. With 30 health and 4 damage per attack, Shulkers are some of the toughest enemies in the game, along with Endermen.

If you are hit by a projectile from these cowards, you will hover in the air for 10 seconds. This helps immensely with exploring the high towers in the End Cities, but as soon as those 10 seconds are up, you immediately plummet. This is often followed by death from falling damage. So be prepared for that when you encounter these lurking shooters.

With a Minecraft server from G-Portal, you can explore the far reaches of The End and face the dangers that lurk here together with your friends. Have fun exploring!