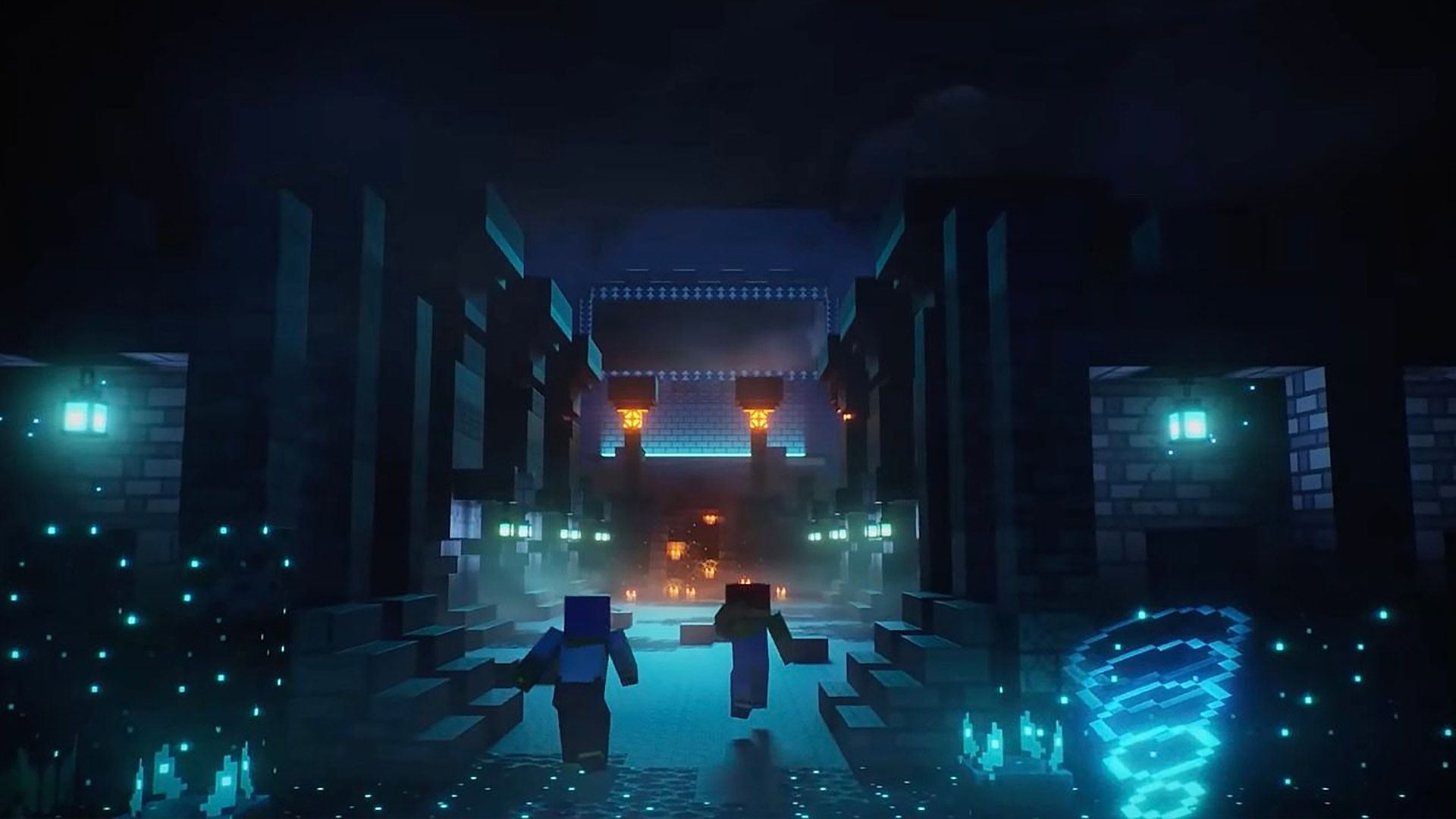 The Deep Dark Biome in Minecraft

The Deep Dark biome is probably the creepiest biome Minecraft has produced so far.

For months now, we've been increasingly enjoying the dark depths of the Minecraft overworld. With the 1.19 'The Wild' update, the new deep dark biome emerged there, appropriately named Minecraft deep dark. Despite the name, you shouldn't be fazed: It's about the deep abysses of the Minecraft world, but it's not the same as the Nether. Sounds pretty cool, actually, such a biome where you can roam around, mining new blocks and looting ancient cities without being annoyed by mobs, right? Unfortunately, it would be too easy to say that no mobs spawn in the Minecraft deep dark biome. Let's put it this way: no other mobs spawn except for the warden. Too bad that this creature, of all things, is quite unpleasant and can be called a boss monster.

Searching for the Minecraft Deep Dark

Step number one in the search for the Minecraft deep dark biome? We need the right compass direction. But before you start going around in circles searching north, east, or south, let's make it simple and stick to the name of the biome. The Minecraft deep dark is, of course, located in the depths. So get out the shovels and pickaxes and let's go! The easiest way is probably to dig down further in already existing caves and explore the corridors of caves. When doing this, you should keep in mind that the MC deep dark only occurs in minus levels, which is a negative Y area. So, depending on where you start your search, it might take some time.
If you're lucky, you might even discover a cave entrance that leads you directly into the Minecraft deep dark. This can usually be recognized by the bluish-turquoise colors that represent the cave floor. Sure, it looks beautiful when it glows and sparkles in the depths. And it's definitely not what you expect when you're out with your friends just looking for a lush cave to catch an axolotl. You just never know what fate has in store.

If you're not a fan of coincidences and fate, you can of course use the 'locate' command to guide you to the biome or even teleport you there. But just think of all the fun you and your companion will miss out on if you've only planned the peaceful axolotl search, are looking for the lush cave and on the way have to find iron ore, a village and a stove because you forgot to take a bucket with you. And then you just happen to find not a nice, peaceful cave, but the Minecraft deep dark, the literal dark. At least that would be quite a surprise, wouldn't it?

What's clear to all of us, though, is that as quickly as an adventure can begin, it can also end. So you haven't arrived at a cave where you can catch and breed cute little animals. Instead, you see lava in the distance and around you there are countless skulk blocks that shimmer blue or turquoise in the darkness. The ambience is beautiful, you're talking to your friends, or you're listening to music on the side? Turn on your in-game sound right now! Never enter the Minecraft deep dark without game sounds! Trust us, that would be your certain death. Far too quickly, a mob appears behind you unnoticed, which you'd better not want to encounter. And that's only because you didn't hear the warning signals. Congratulations, that's how fast the warden can kill you.

The warden finally came into the game in June with the latest update, after he was already supposed to make his appearance in 'Caves & Cliffs'. He was therefore already revealed in Minecraft Live 2020 and fans had to do without the 'boss monster' longer than expected. This hostile mob is huge, looks threatening and is blind. Yes, that's right, he has no eyes. Still, he's quite dangerous. The less he sees, the more he hears and smells. So in the Minecraft deep dark biome you should be careful. A few wrong steps and you've stepped on a skulk shrieker. This one sends out a bloodcurdling scream and at a certain point the monster pulls itself out of the ground to the surface. After that you have to decide: fight or flight? 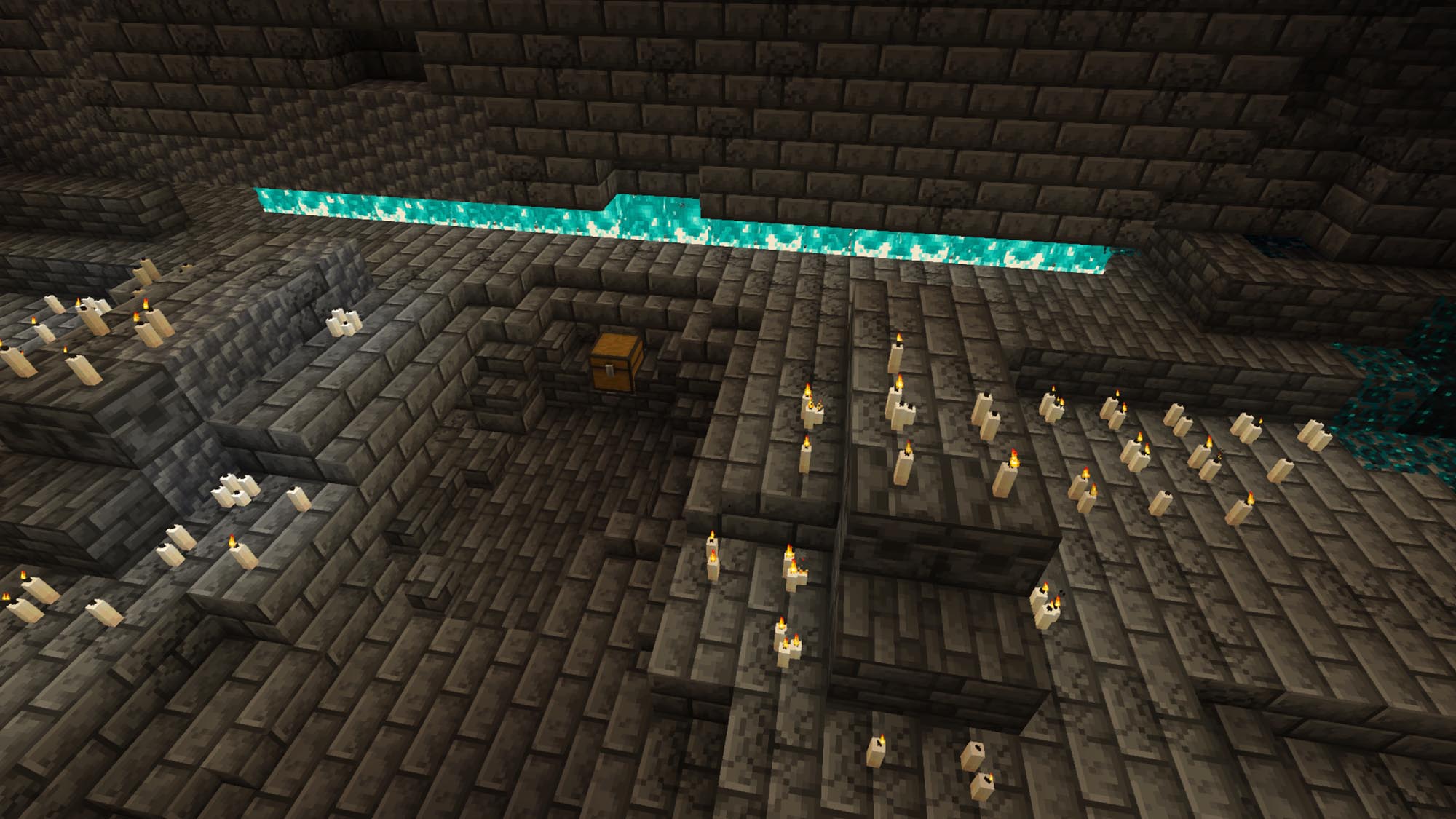 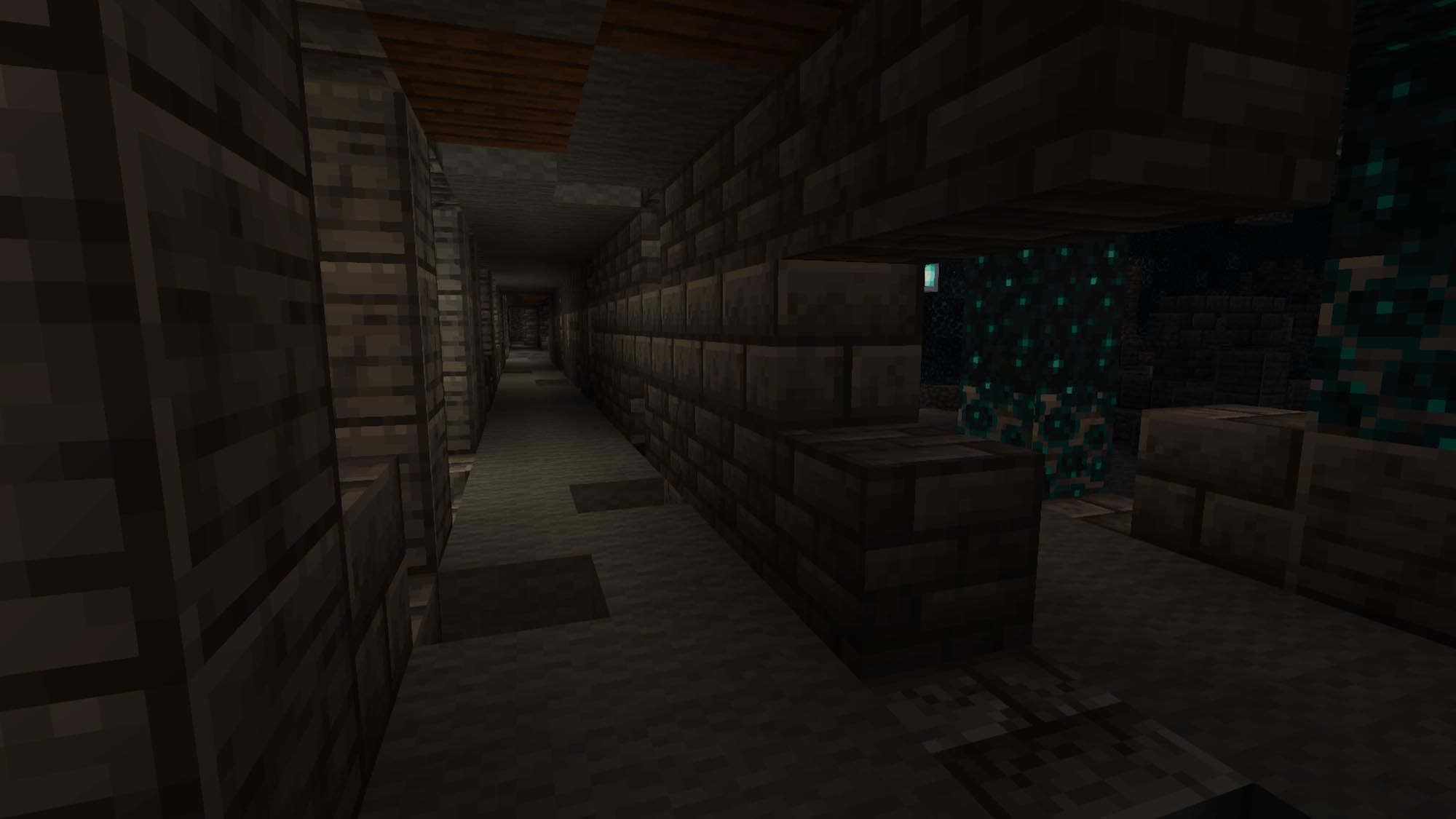 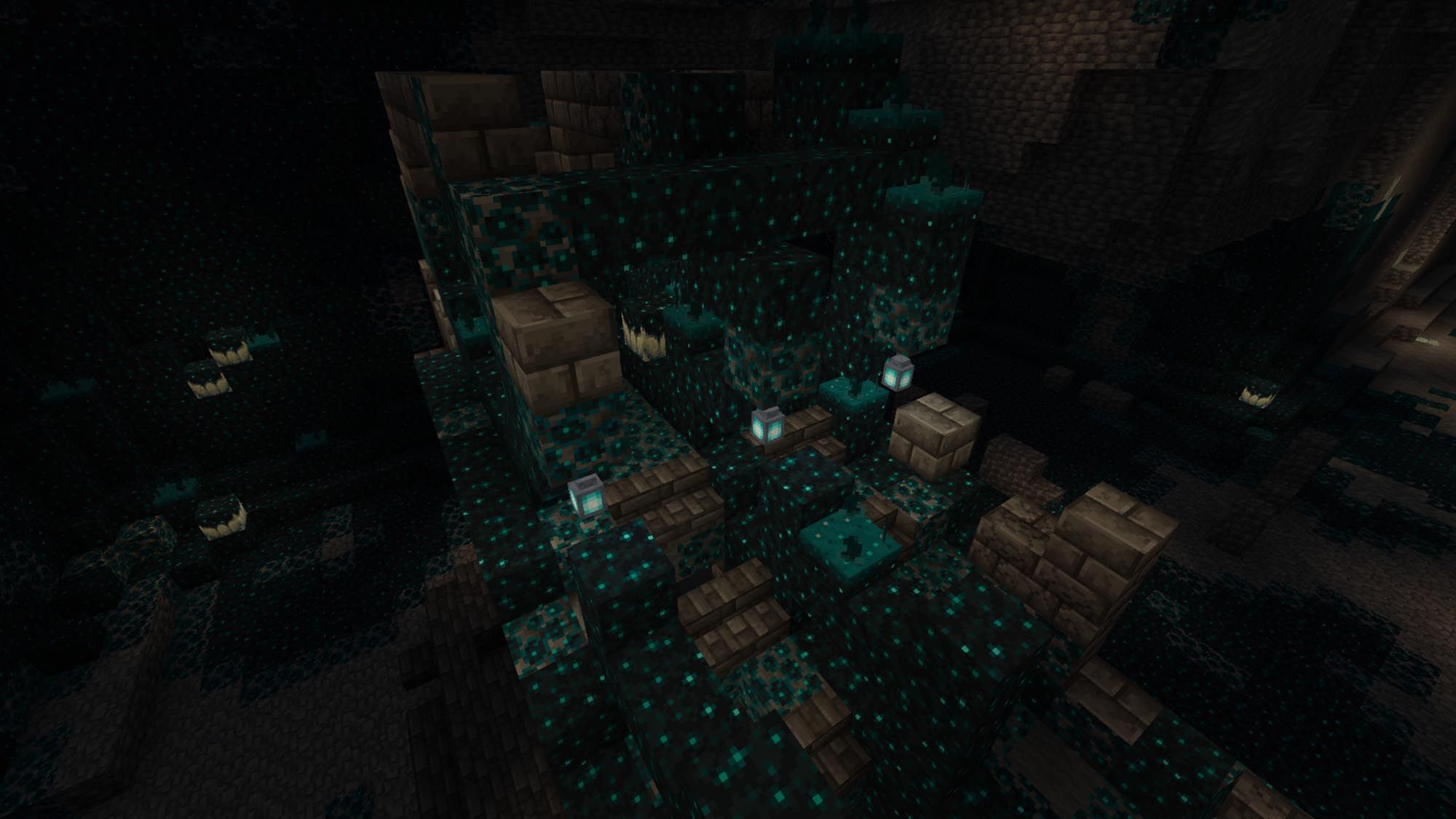 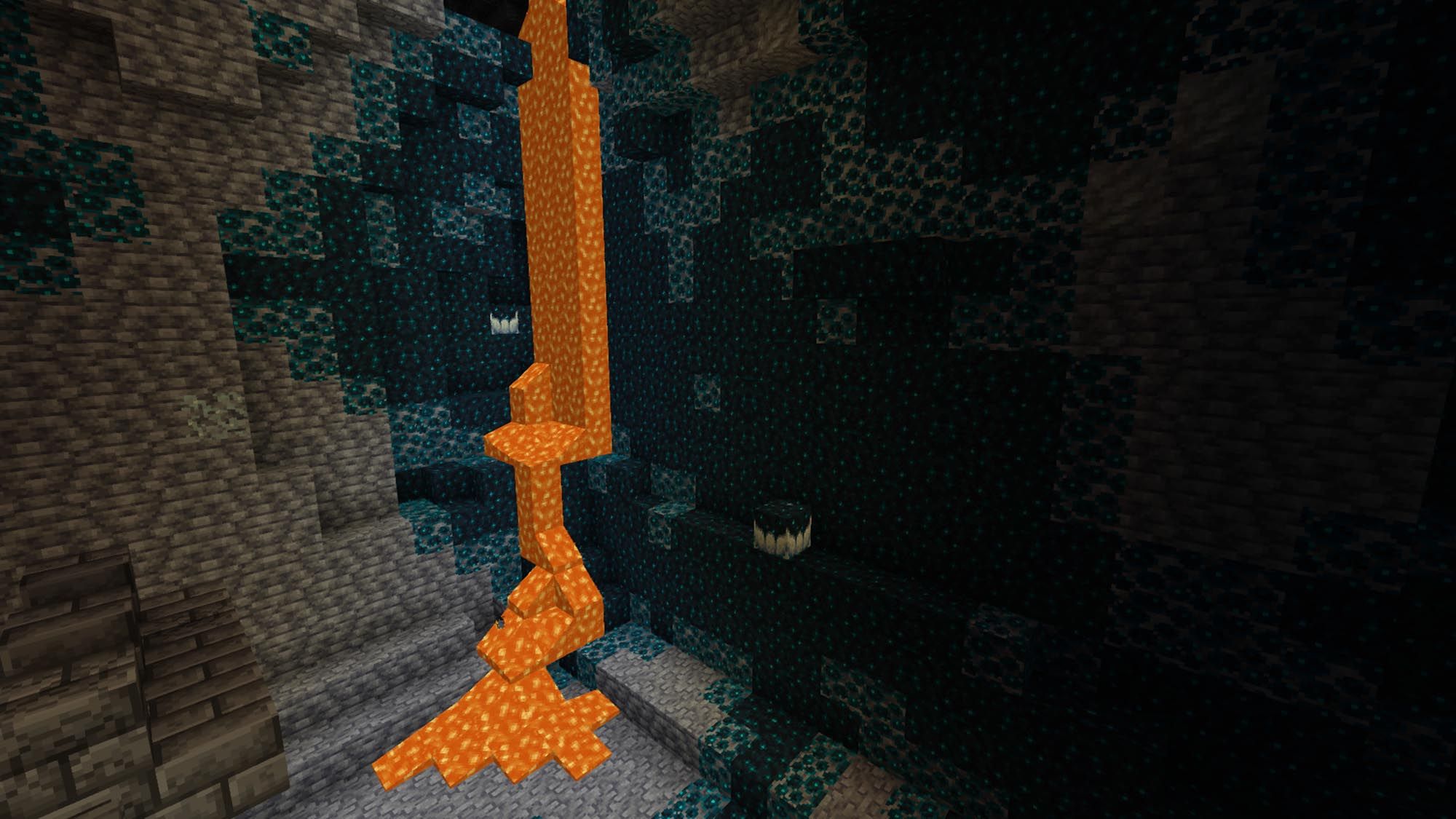 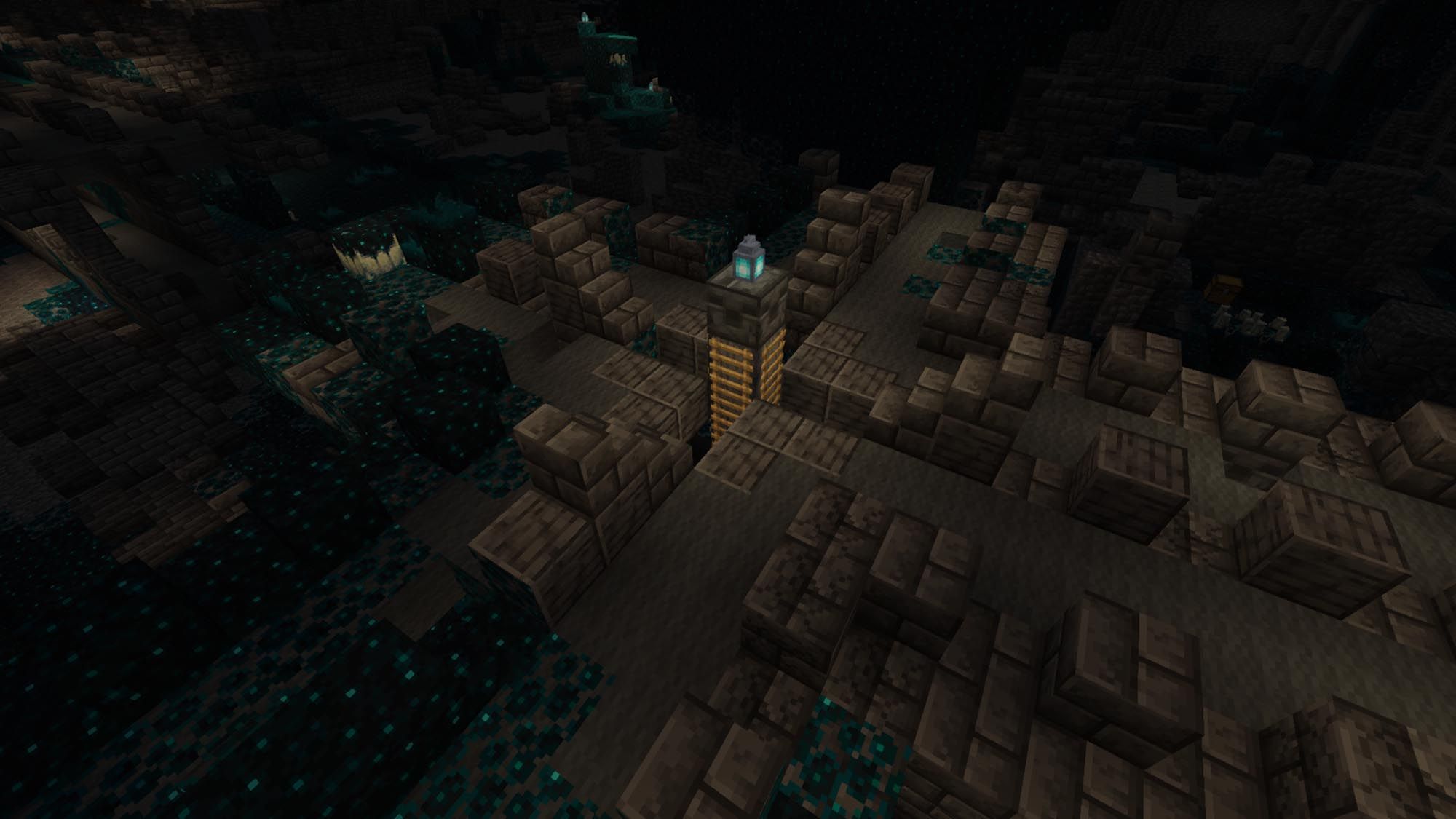 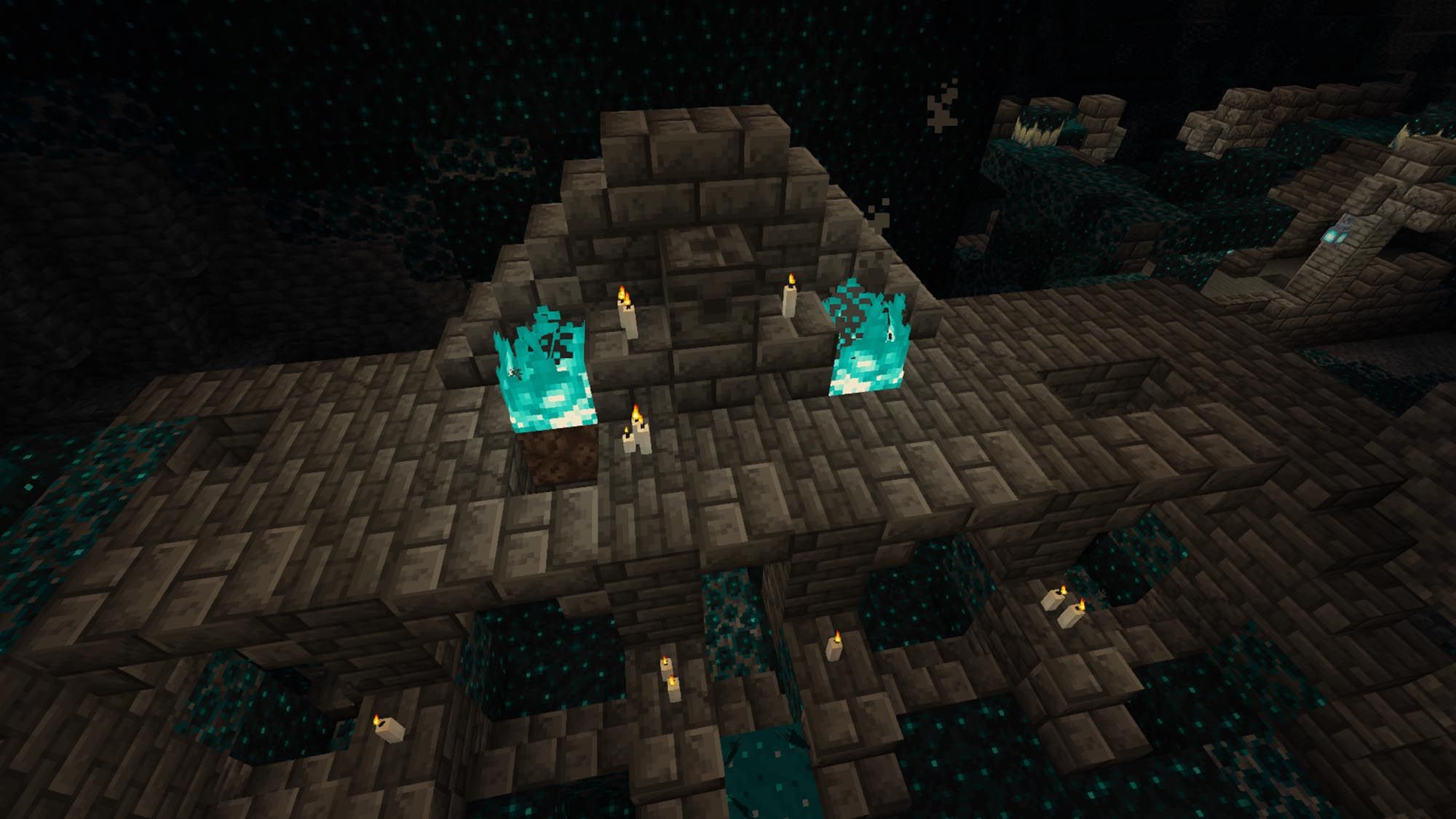 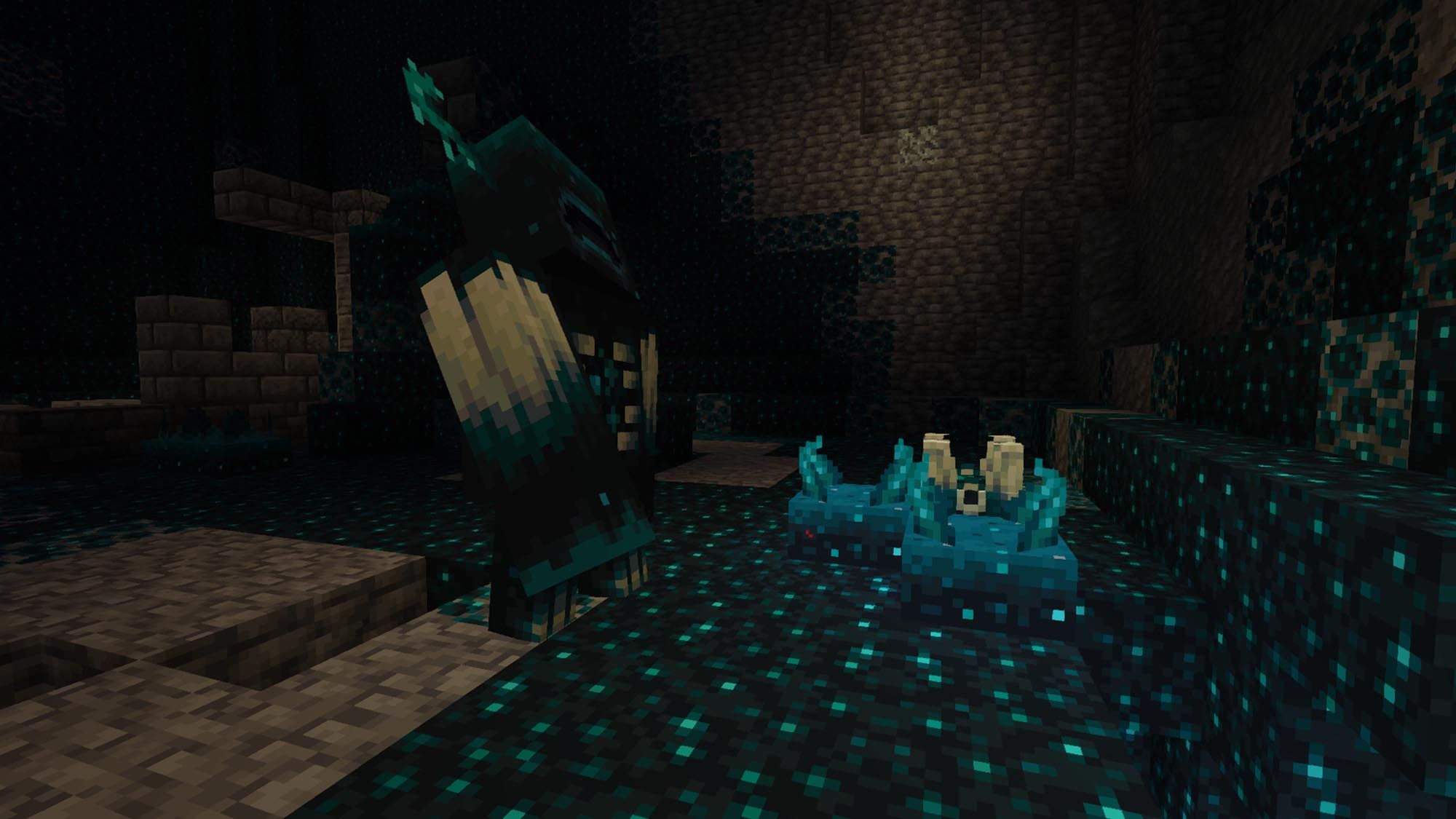 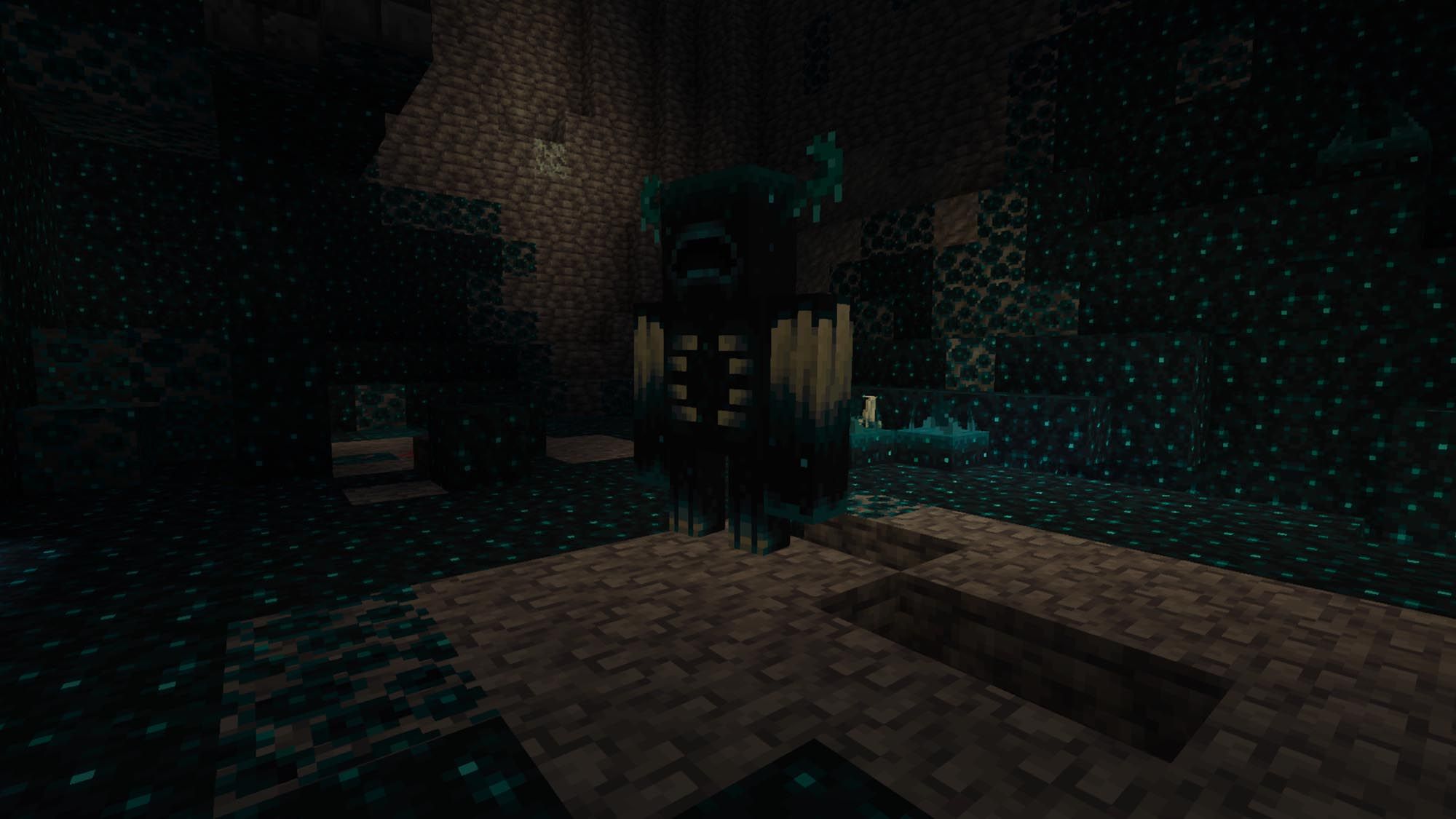 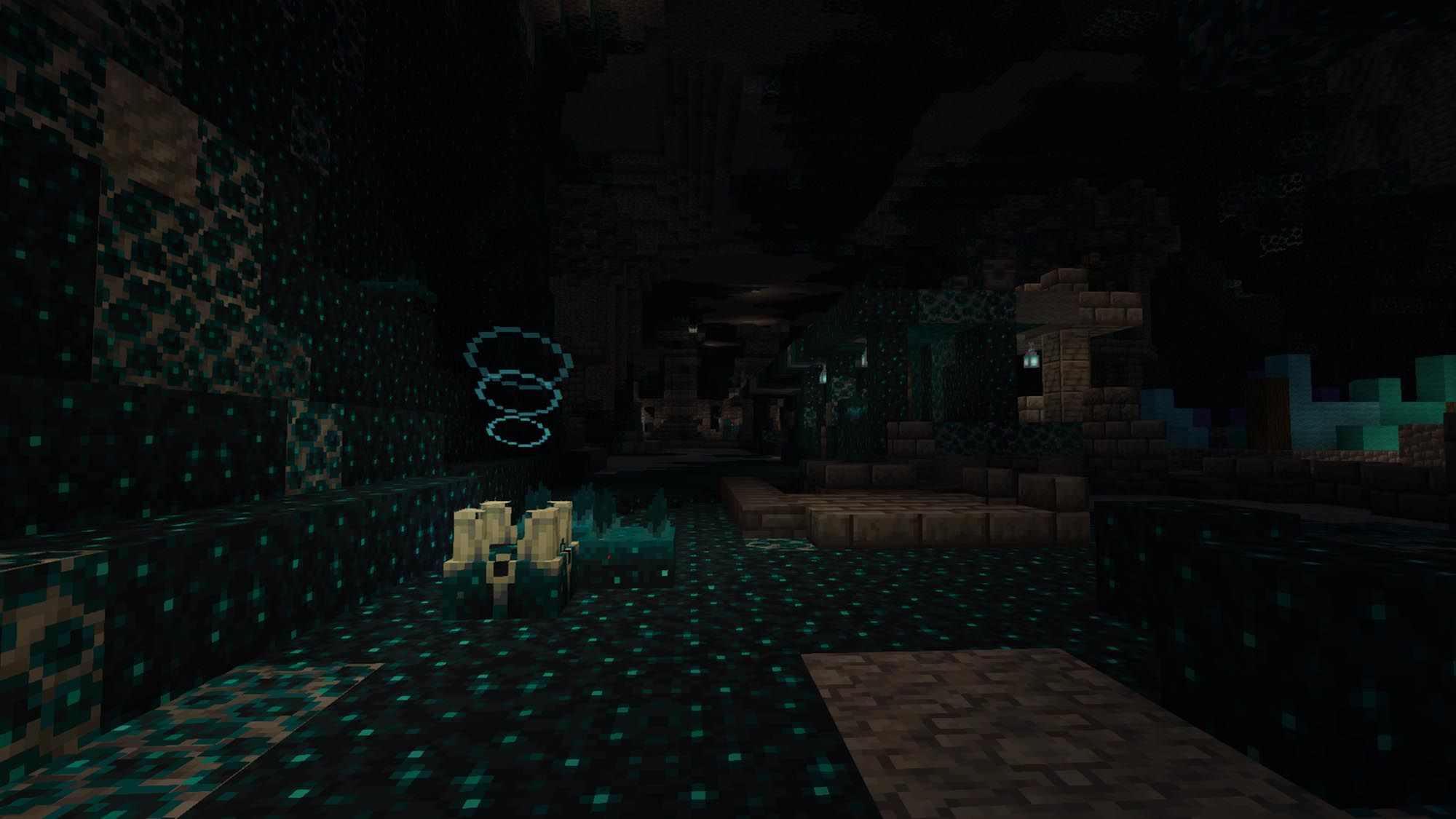 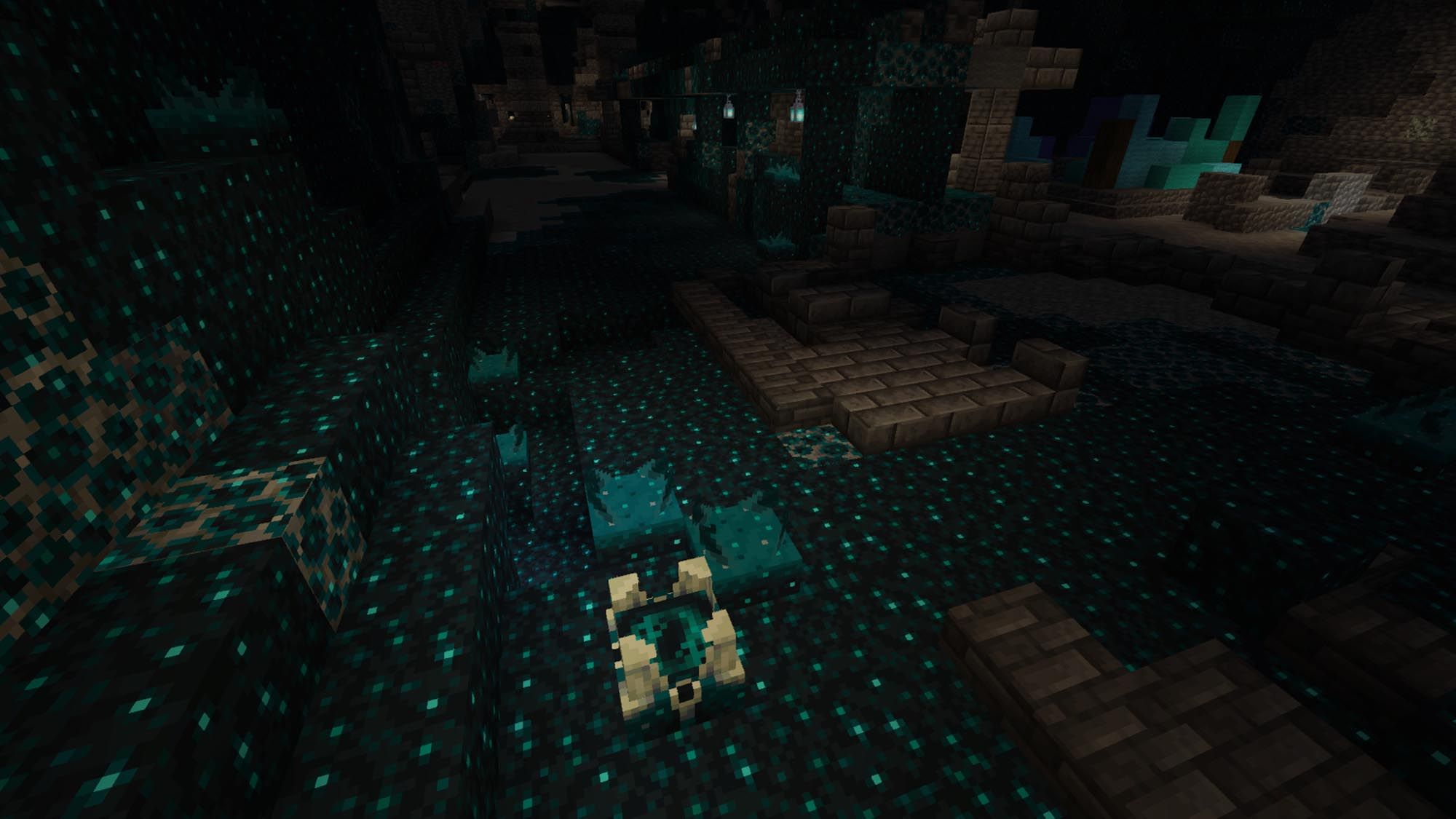 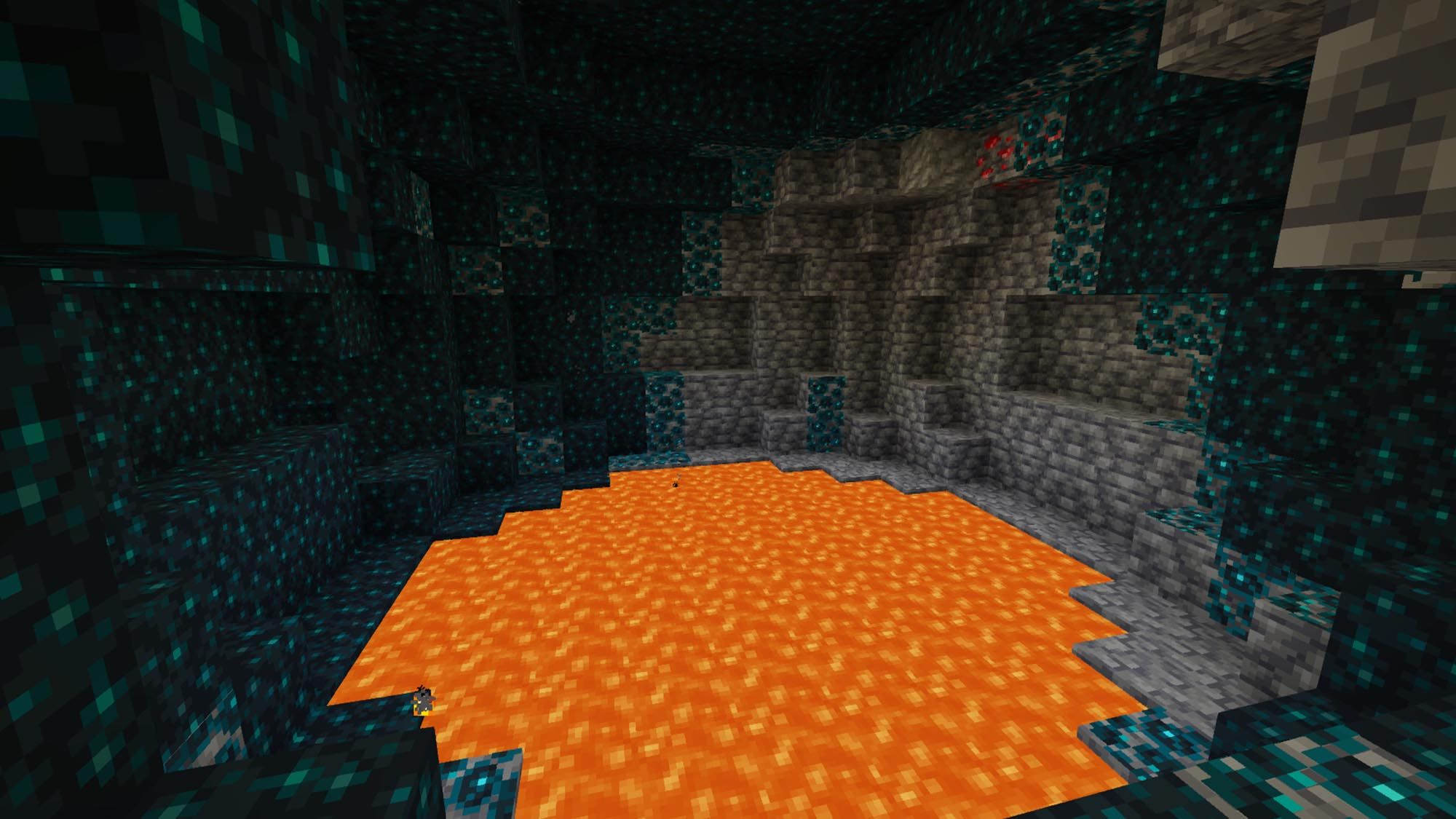 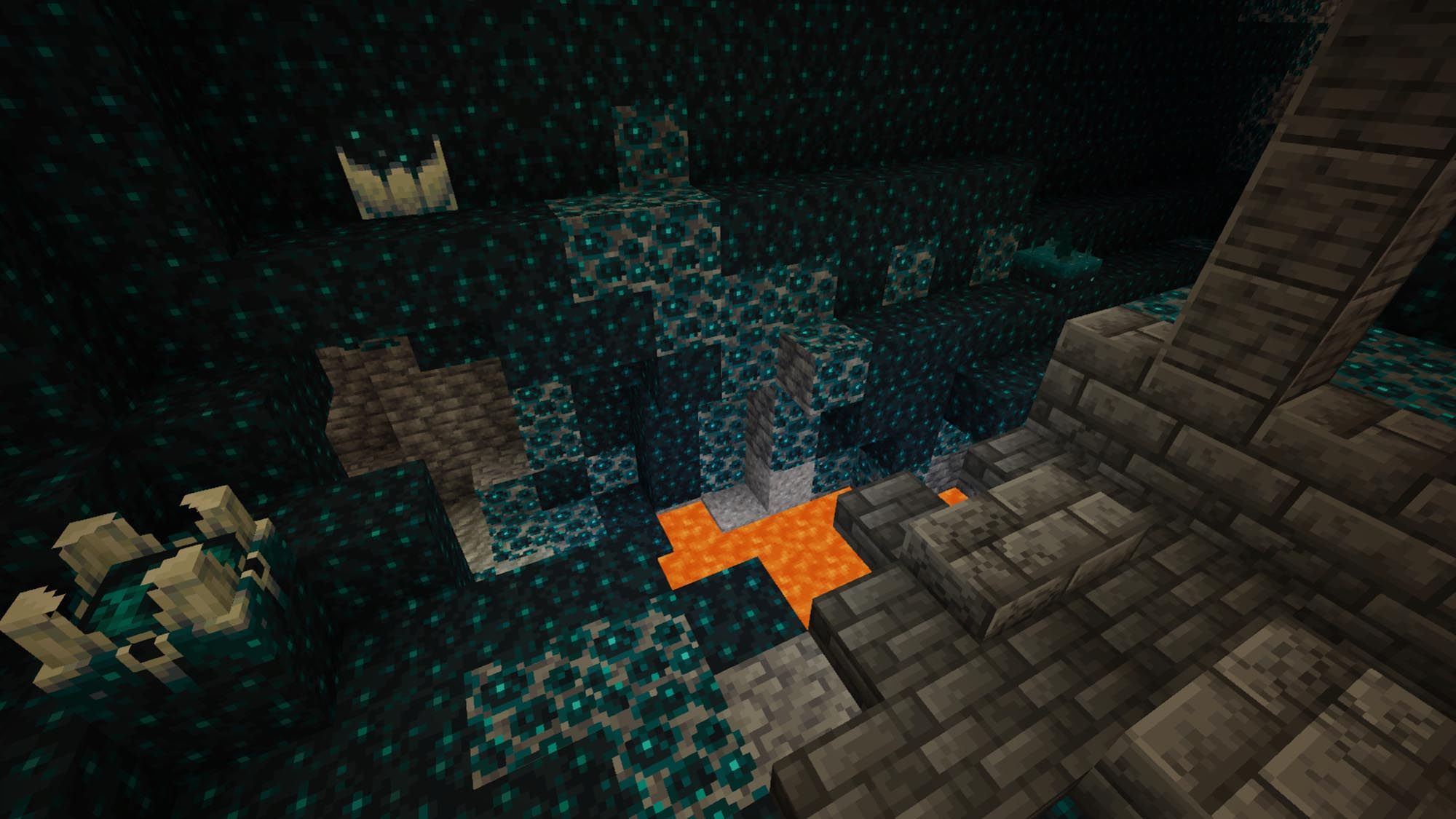 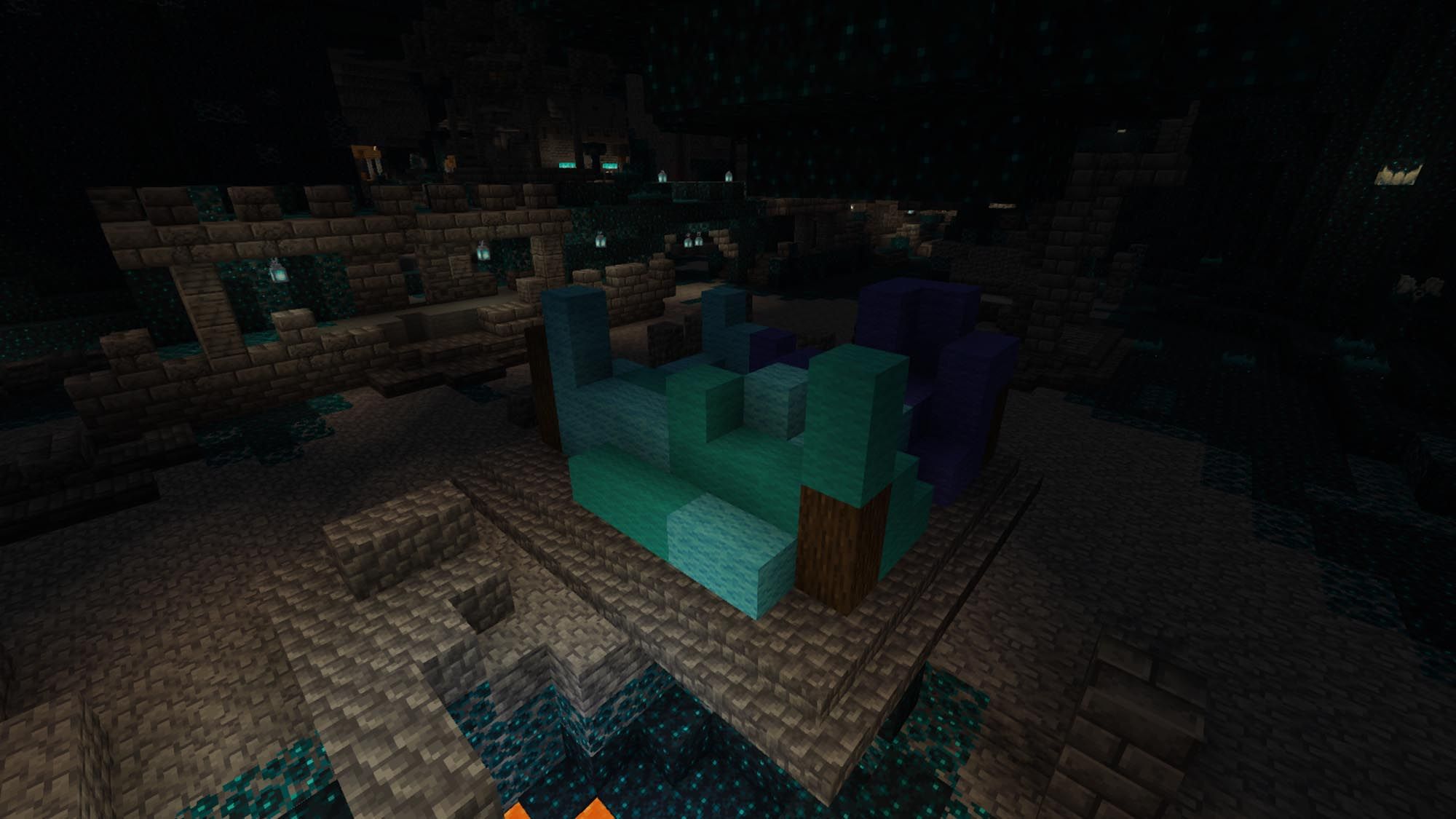 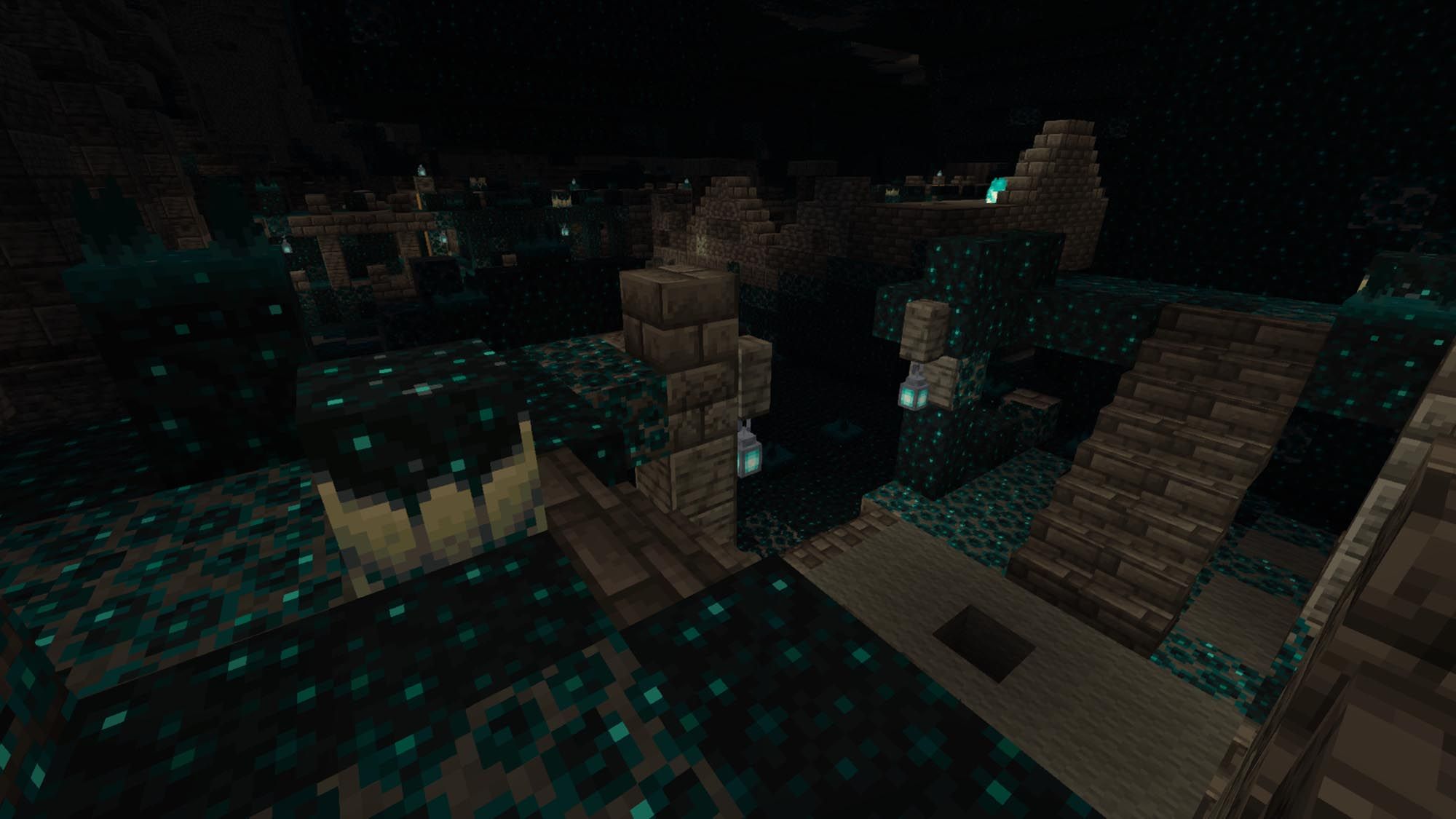 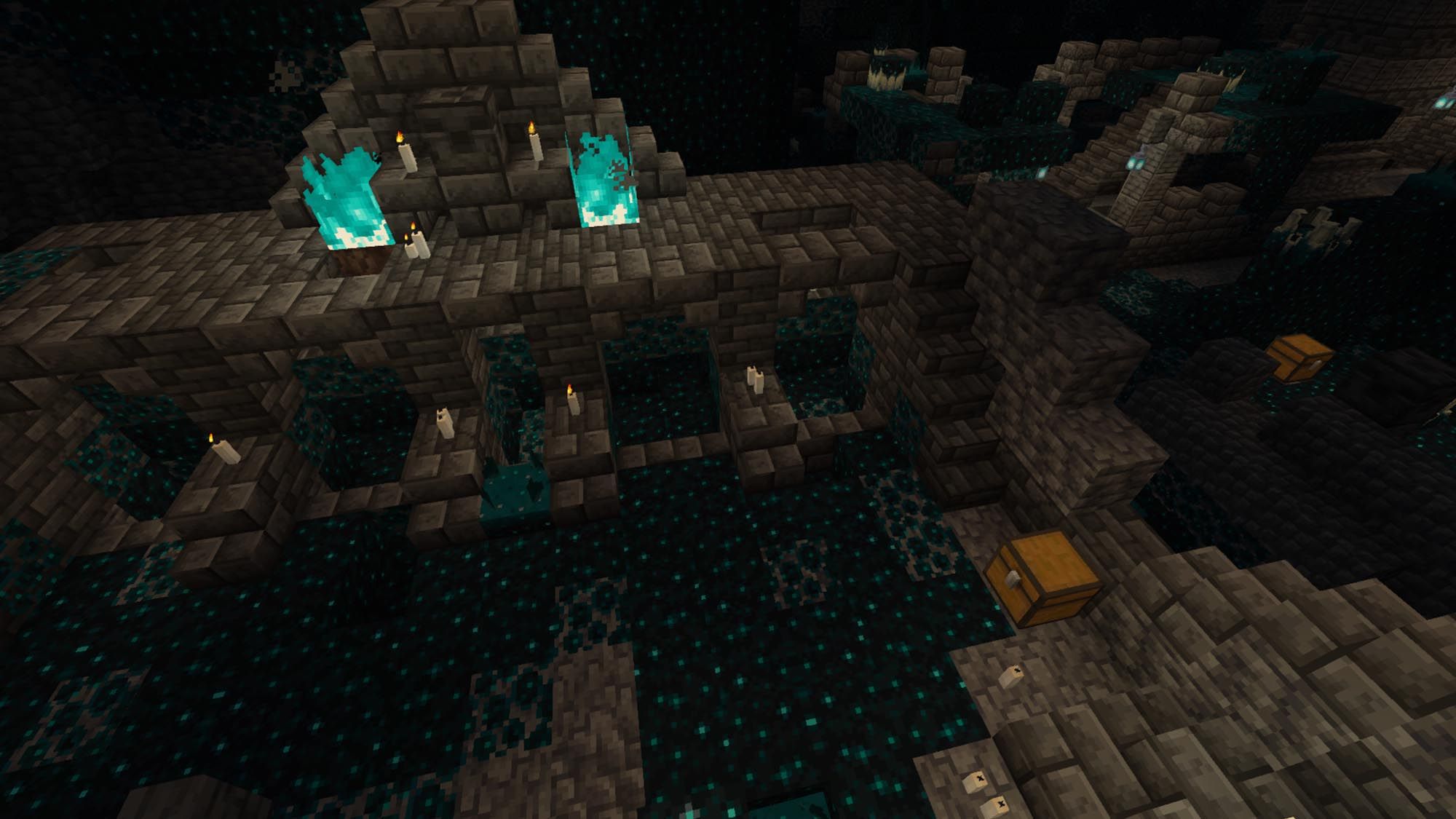 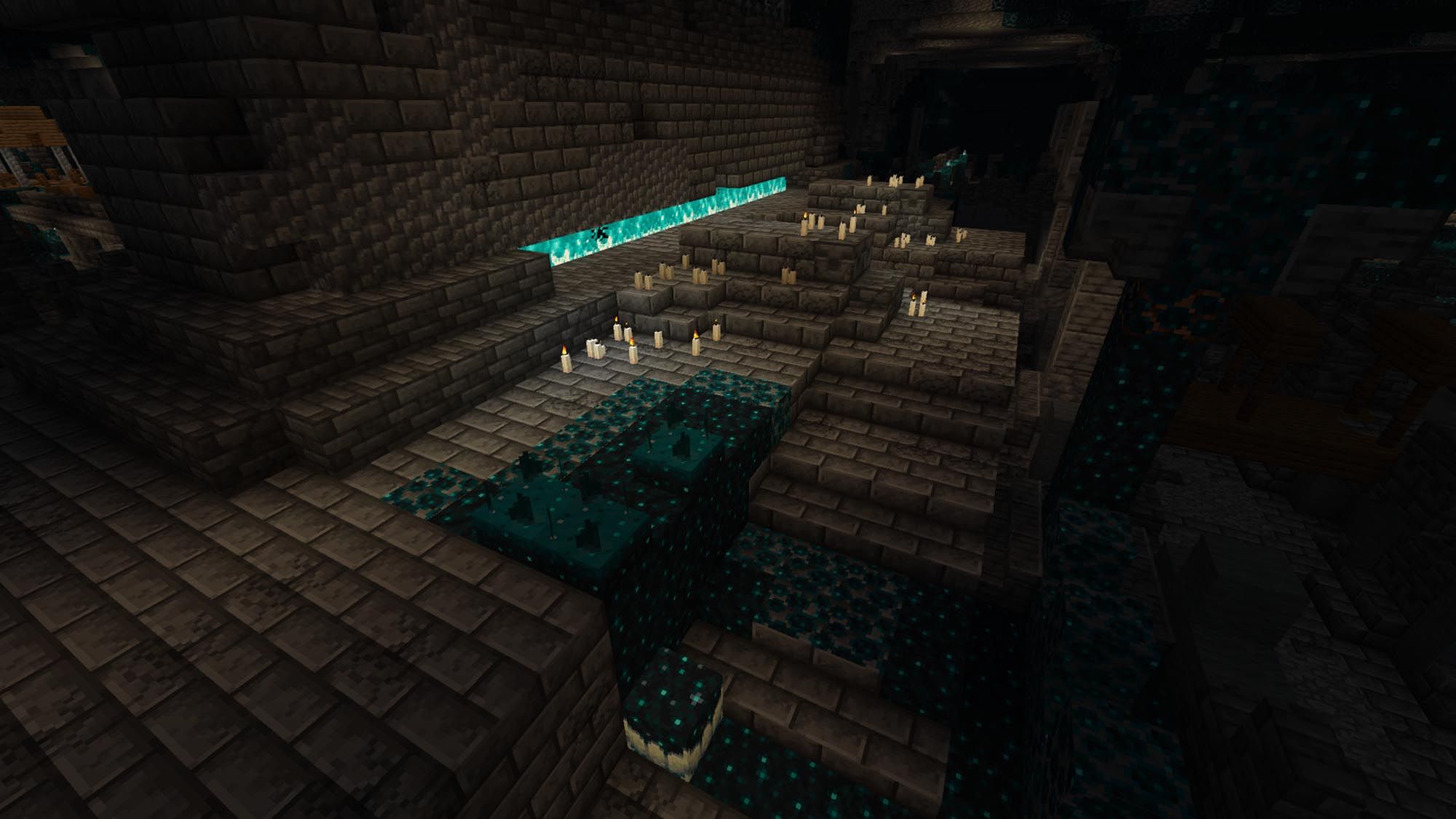 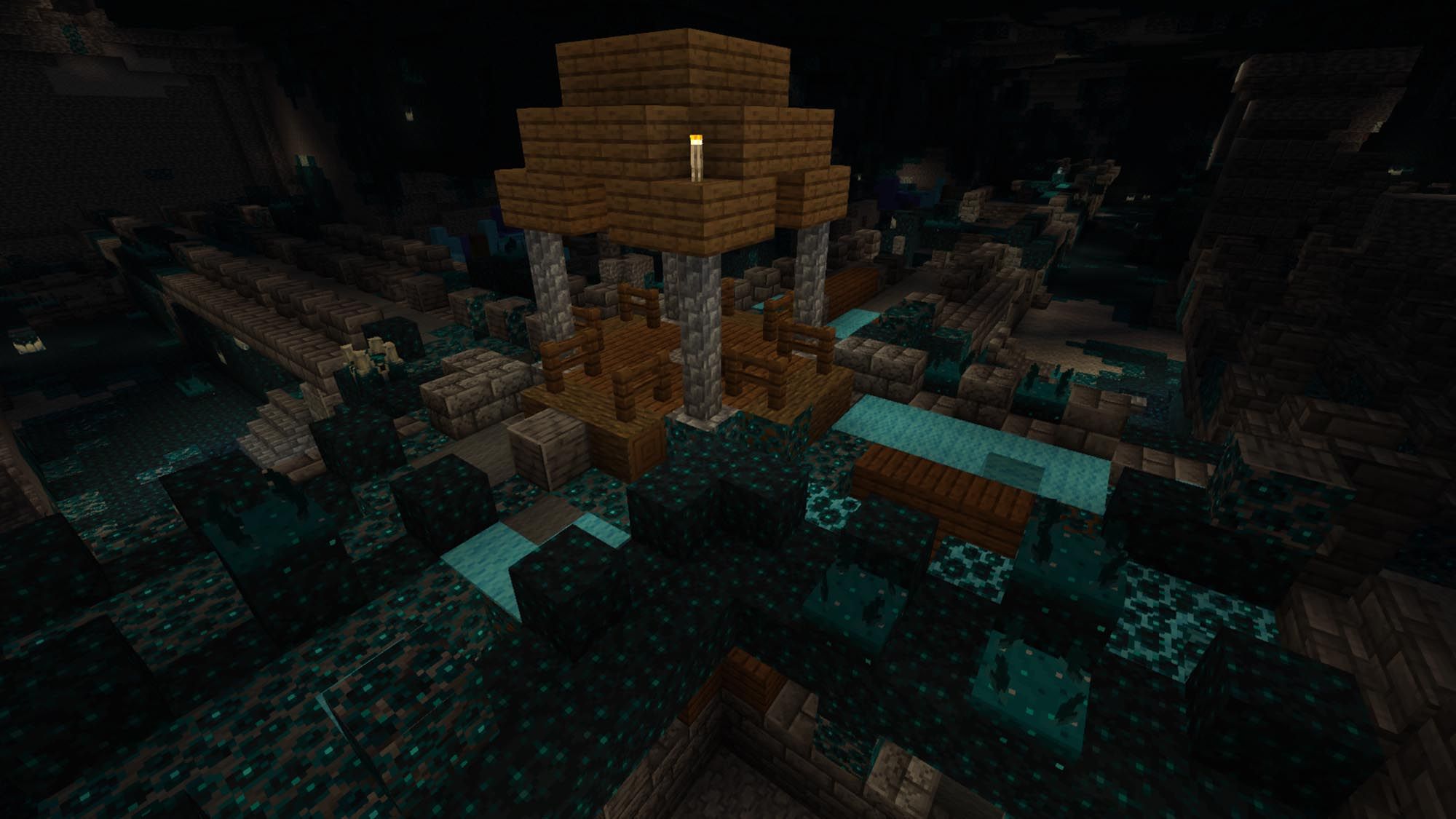 Sounds Like a Battle in the Minecraft Deep Dark!

Maybe we can make your decision easier. The developers of the game themselves said in an interview that the warden in the Minecraft deep dark is not designed to be a target, but to scare the players. Looking at the mob, they've clearly accomplished that. Trust us, you won't show courage, strength or skill when attacking. Rather, be smart and take flight! Most players are taken down by a single hit. If you have a full suit of netherite armor, you might even withstand two hits. Doesn't sound very promising either.

Admittedly, your chances are slim. It would be best if you sneak away. Then, he won't notice you. But you can also distract him with projectiles like arrows or snowballs. But a little tip: Don't throw at him directly. You can imagine that this won't make anyone happy, even in the MC deep dark. The best course of action would certainly be to pay attention to warning signals right from the start. So turn on the sound, listen for shriekers or creepy heartbeat noises. It'll put you in the right halloween mood. Oh, and depending on how bright it is in your environment, you can guess the proximity to a warden thanks to the darkness effect that hits you. Your field of vision will be severely narrowed, dark, and make it quite difficult for you to see.

But let's think positively! It's not a sign of weakness if you run away, because if you manage to survive the Minecraft deep dark and defeat the warden, your gain will be small. 5XP and a skulk catalyst are all you can expect. So, as you can see, it's not really worth it. Better stay alive.

So even if the adventure didn't exactly bring you the axolotl you might have wanted, you'll gain some experience in the Minecraft deep dark. Grab your friends and start searching for the right cave on a Minecraft server from G-Portal. Have fun and don't let the warden surprise you!