The "Wither" boss in Minecraft

Halloween may only be once a year, but Minecraft lets you summon the dead every day! At least if you want to.

Who doesn't like having a bunch of undead creatures around to attack you and make you vanish from this world? So if you're currently flying around listlessly with your elytra because the ender dragon has been defeated and you don't know what to do with yourself, you've come to the right place. If you feel like you've already encountered every mob that spawns in the game, we'd like to introduce you to someone you may not have met yet: the Minecraft wither!

Summon? How to Summon the Wither in Minecraft

Let's simplify this for a moment: Summoning is actually just crafting outside of the crafting window or the crafting table. But that only works with a few creatures. As usual, you need the materials to build the Minecraft wither. However, if you happen to have a few wither skeleton skulls and some soul sand in a chest from your endless adventures, you're all set. If you don't have these blocks, it's worth taking a longer trip to the Nether and killing some wither skeletons.

Once you have everything, you need to think about where you want to fight the Minecraft wither, because that's where you should summon it. You simply put together 4x soul sand as in the shape of a ’T’ and on the top three blocks comes a wither skeleton skull each. If the summoning is to be successful, the last block must be a skull! As long as that's the case, this arrangement works both vertically and horizontally lying on the ground or even upside down! The Boss Monster from the Nether: the Minecraft Wither

Congratulations, there's your very own Minecraft wither! Doesn't seem threatening at all with its three heads, or the way it's floating around weirdly in the air, right? Wrong! You should urgently keep your distance after the summoning. The first eleven seconds after the summoning he charges up and is invulnerable during this time. After that he causes one of the strongest explosions in the game and finally becomes vulnerable. So it's best to run away and look for a safe place before you get hurt by the explosion power. Although, it doesn't necessarily get any easier after that, because the Minecraft Wither will definitely try to hit you with the flying Wither skulls he throws around. So you better watch out!

At least, if you've summoned a Minecraft wither while your friends are peacefully raiding a village or building your base, they'll hear what you've done. After the explosion there is a loud gong, which can be heard all over the map. Yes, even in other dimensions! So maybe your friends will come to your aid in battle?

Why the fight against the Minecraft Wither is worth it

Let's assume that you didn't summon the Minecraft Wither for nothing. After all, when you defeat a boss monster, it drops some useful items, right? Yes, the fight is worth it here too, because in addition to XP, the wither also drops a nether Star. And without this you can't build a beacon!

Apart from the drops, the Minecraft Wither can also be used as a reluctant helper. The idea is to summon him in the end. If you do that, he will automatically attack the Endermen in the area. This saves you a lot of trouble, because you don't have to fight the nasty mobs and you can collect the many Ender Pearls dropped by the Endermen in peace. Whether the Minecraft Wither wants it or not, it's still a help to you. Ender beads are quite useful when trading with Piglins or making Ender eyes. After that, you can always defeat the MC Wither for his own drops!

How can I defeat the Minecraft Wither?

So you see, even after the ender dragon the game is by no means "over". And while we're on the subject of the dragon: The Minecraft wither has even more health than the enemy from the End! In fact, the wither was the strongest enemy until the introduction of the warden in the deep dark biome. So it's really worth a fight there!

Do you want to defeat the Minecraft wither? Good, then you should pay attention to a few things! Here are the top 3 tips for fighting the wither: 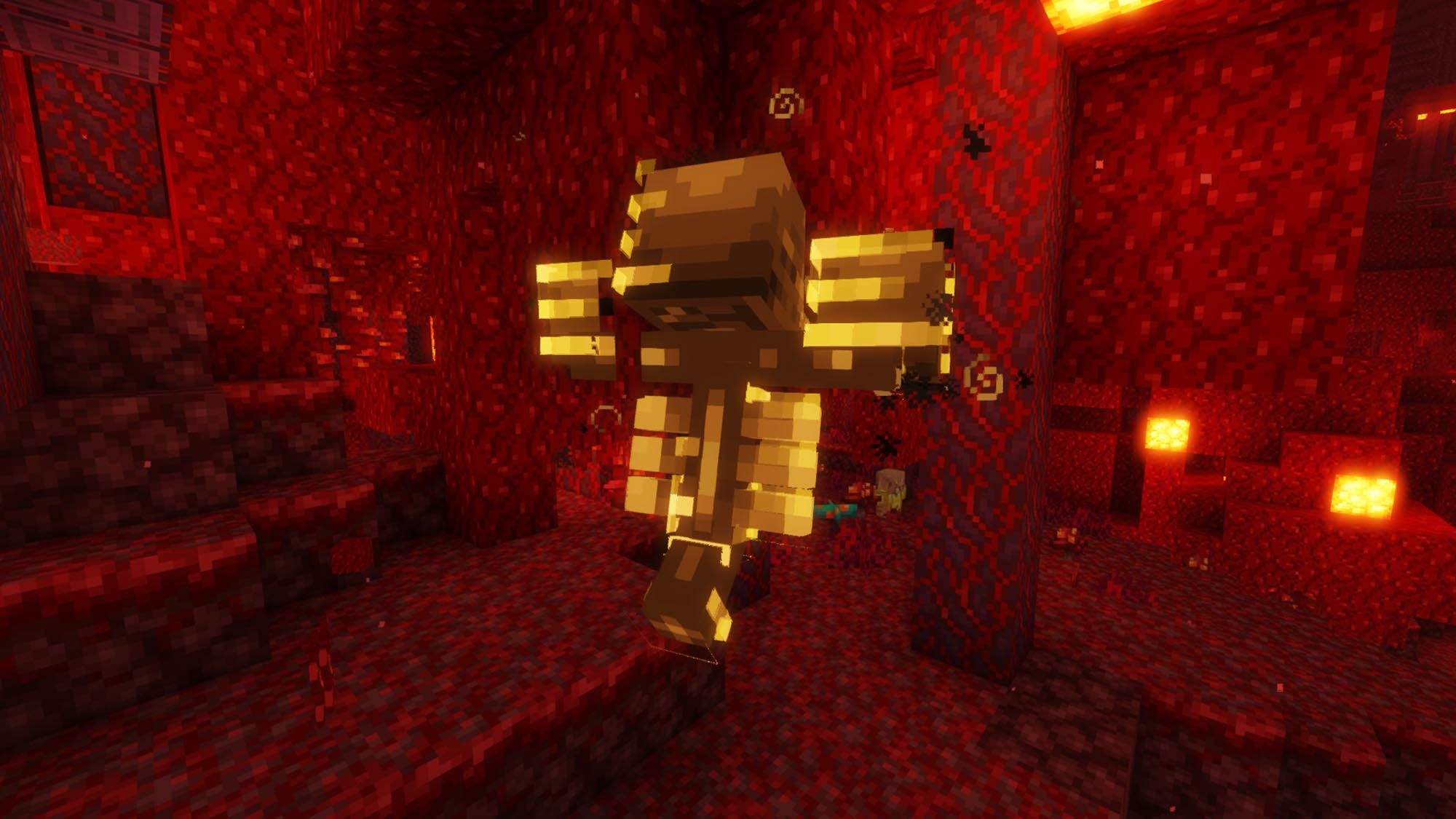 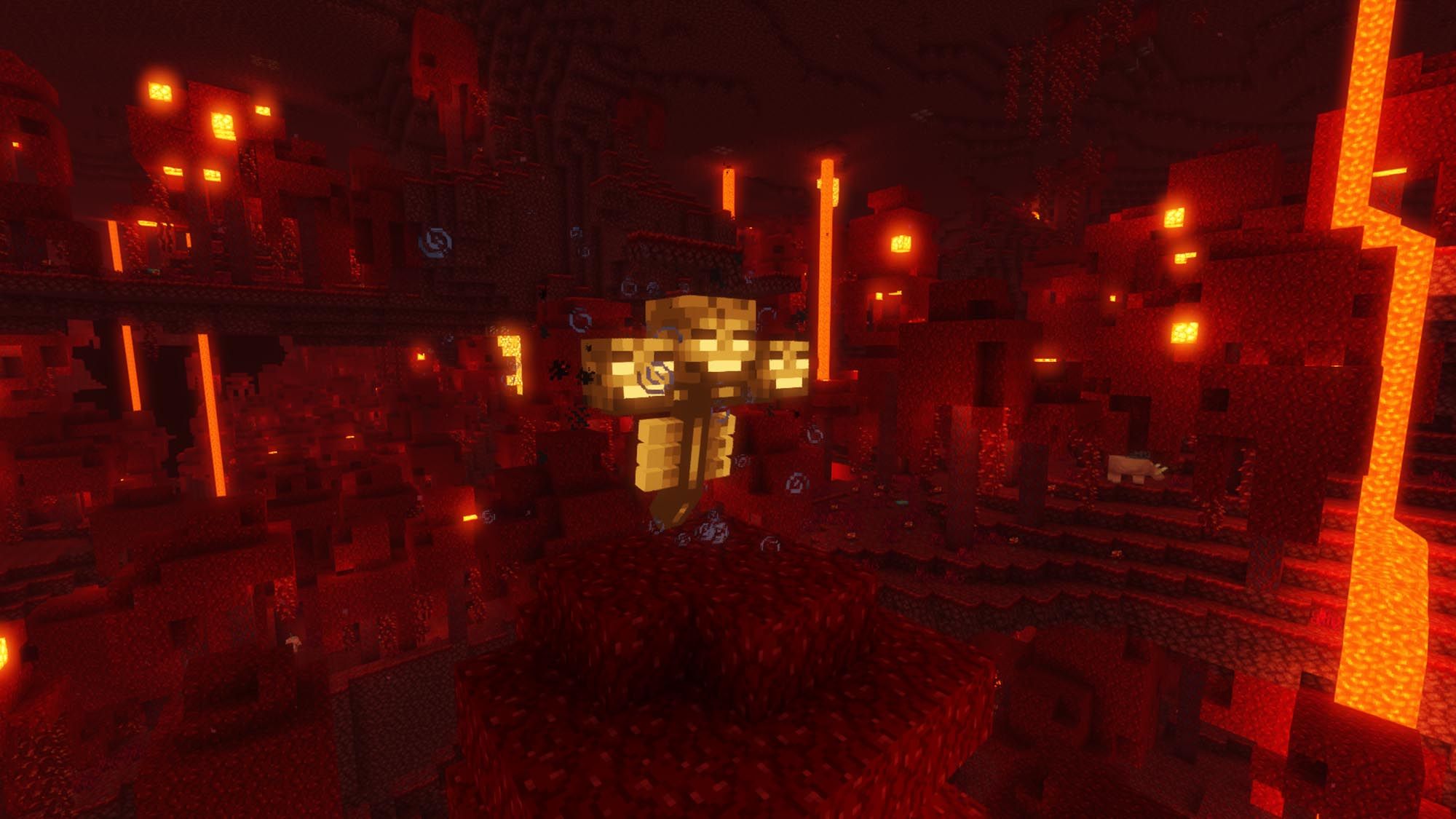 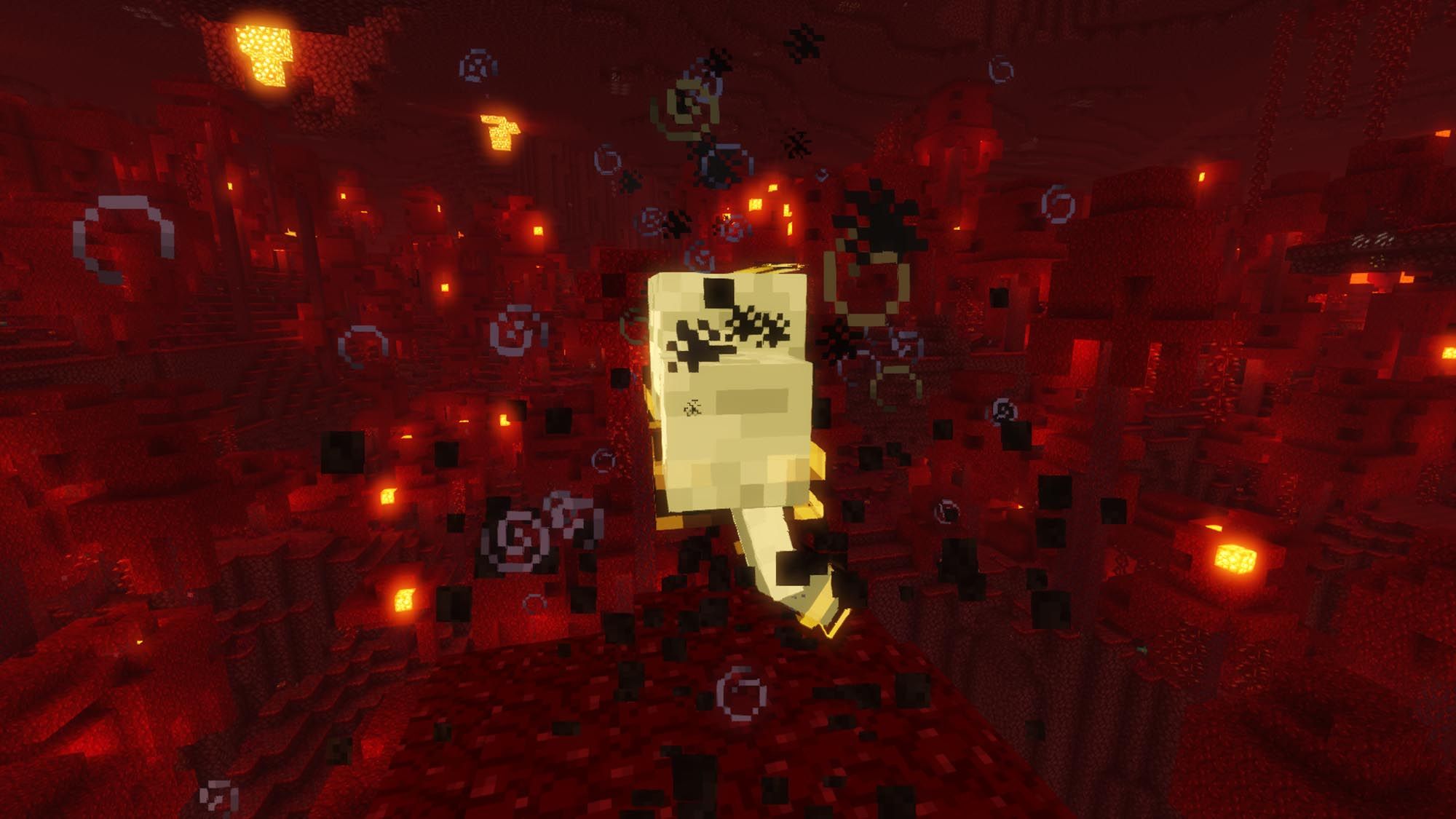 You summon him, so yes, he is undead. That's why he doesn't attack other undead mobs like zombies. So remember not to use a potion of harming! It will only heal him. If you want to throw potions, then use the potion of healing, which will hurt him! Sounds confusing, but it is effective.

Attack only the middle head and body!

Although he has three heads, he takes no damage when you attack the outer heads. So your target should be the middle one. Of course, hitting the body helps too! Neither is particularly easy, though, because the Minecraft wither is only one block wide, making it a narrow target.

At some point, he'll have a shield!

If you want to keep your distance at the beginning, attacks with arrows prove to be successful. However, the Minecraft wither gets a shield. This makes arrows bounce off. So when half of his damage meter is empty, you have to go into close combat. That's where a sword comes in pretty handy. So be prepared for anything!

Nothing stands in the way of your adventure! Although, if you want to escape, that would be understandable. It's called 'fight or flight' for a reason. But then you would also miss the drops and you would have summoned the Minecraft wither for nothing. Would be a shame, don't you think?

Maybe three players for three attacking heads would be better in the battle against the Minecraft wither? Then round up some friends and face the boss monster together on a Minecraft server from G-Portal! Fight for the living!