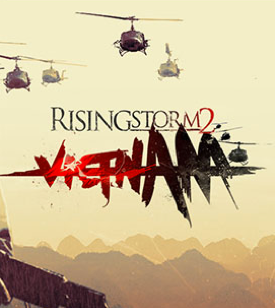 From Tripwire Interactive, which also produced titles such as Killing Floor or Red Orchestra, Rising Storm 2 Vietnam is finally a relentless first person shooter. You are settled in the Vietnam war, peppered with stumbling wire and treadmines, and the US military apparatus strikes with the domestic Vietkong rum. This story, which is painful to the Americans, is being presented by RS2 Vietnam, because Rising Storm 2 captivates not only hardcore shooter lovers.

Napalm, Huey and combat helicopters, the famous AK and the M16, antipersonnel mines, tripping wires, sly tunnel systems and much more, hard-hitting and uncompromising, that are Rising Storm 2 Vietnam servers. Never was the Vietnam war treated more ruthlessly in a multiplayer game, RS2 Vietnam offers diversified battles and lots of long-term motivation. Rising Storm 2 Vietnam is expected to appear in the second quarter of 2017, RS2 Server is expected to enter closed beta soon.

Rent a Rising Storm 2 Vietnam Server - in the game cloud!

RS2 server hosting from 16 to a maximum of 64 players, so do not hesitate and rent an RS2 Vietnam server at the official server partner of the game. You can rent your RS2 server without waiting times, the whole is based on a prepaid basis. You can pay over Paypal, Paysafecard, immediate transfer or credit card. So no subscription contract, no long waiting times, just immediately online and at any time switchable between the various games of g-portal.com Gamecloud. If you don't want to rent RS2 anymore you can switch your server easily to a Conan Exiles Server or Ark server. The next weekend you wanna play RS2 again? No problem, just switch back again. Full flexibility and instantly online, those are the RS2 servers from g-portal.com in the Gamecloud.